Posted by Anonymous on January 29, 2012
As it was such a beautiful day today we decided to walk up and round Arnside Knott. First, we visited my parents in Sandside and fortified ourselves with a good lunch and then we set off. 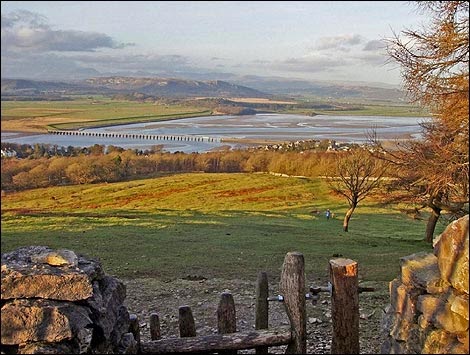 The weather was perfect for a walk and after weeks of mud and rain the ground was fairly dry. We walked up the Knott from the car park near High Barns and had a rest at the main viewpoint. We enjoyed a spot of fell and peak spoting at the wiewing point. So many of the Lakeland fells and peaks are easily seen from the Knott - especially on a day like today. We could see Helvellyn and Scafell as well as fells closer to home like Cartmel Fell and Whitbarrow Scar. The light was absolutley beautiful and clear. 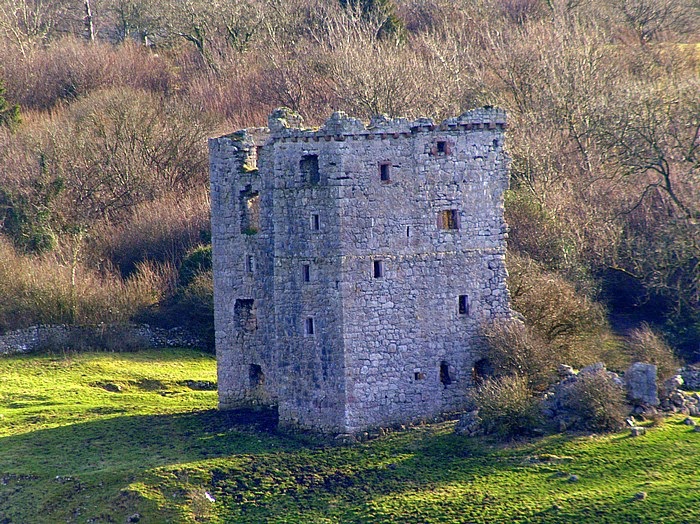 We did a full circuit of the Knott which took us roughly one and a half hours. We had a short detour to the pele tower on the Silverdale Road which dates from the 14th century. We both love pele towers - there is something magical about them. There is so much history surrounding them and the tower between Arnside and Silverdale is particularly pleasing as it is almost intact. It's so easy to imagine the marrauding Scots coming across the Border as raiders and local farmers fortifying their farms and houses in response to the raiders. 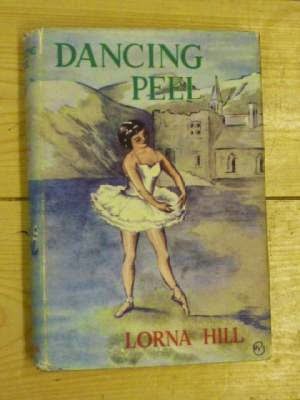 Although there were quite a few people about once we got away from the road it was so peaceful. As we skirted round the Knott we spotted three roan deer grazing near the path. We stood and watched them for ages - magical!

So, a perfect day - fresh air, history and a reminder to re-read some of my favourite books!
Places Walks