Furness Abbey and the Bishop's Crozier 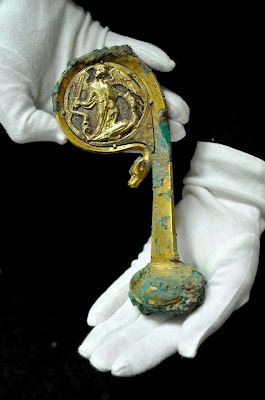 On bank holiday Monday we visited Furness Abbey where there was a temporary display of some recently discovered treasures. During emergency conservation work at the collapsing Abbey, archaeologists discovered the undisturbed 12th century grave of an abbot which contained some medieval treasures: a copper-gilt bishop's crozier and a jewelled ring.

The crozier - the top of a priest's ceremonial shepherd's crook - is particularly unusual and is the first to be excavated in over 50 years. The archaeologists are unsure why the crozier was buried with the abbot as they were not usually regarded as personal property. They will be doing some research over the next year or two which might establish who the abbot was and whether he was especially important. 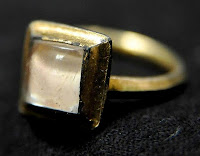 The silver-gilt ring is interesting as it has a sharp point on the inside. This was intended to give the wearer constant irritation or pain, to mortify the flesh, providing a reminder of the danger of adorning oneself.

We were fortunate so see the treasures as they were only on display at the abbey for four days and have now been removed for research. It is hoped that they will return to the abbey once the research has been completed in a couple of years time.

Having seen the treasures we had a gentle wander around the ruins of the Abbey. In its day, this was the second richest Cistercian abbey in the country (second only to Fountains Abbey in Yorkshire). The main building material was the local deep red sandstone which, in the right light, looks beautiful. On the day we visited it was raining and rather dull which doesn't do the stone justice, making it look a bit washed out. The small picture is from a postcard and shows what it looks like in a fine day The journey is a very scenic one (through a quieter part of the Lake District and then down the Cartmel and Furness Peninsulars) and was a perfect way to avoid the crowds on Bank Holiday Monday. 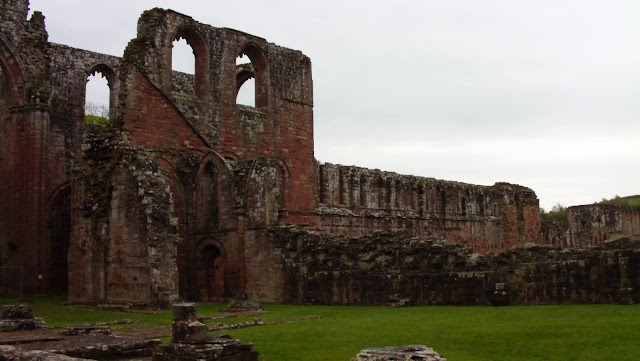 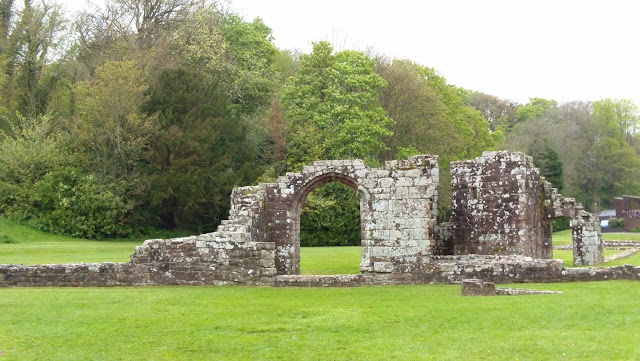 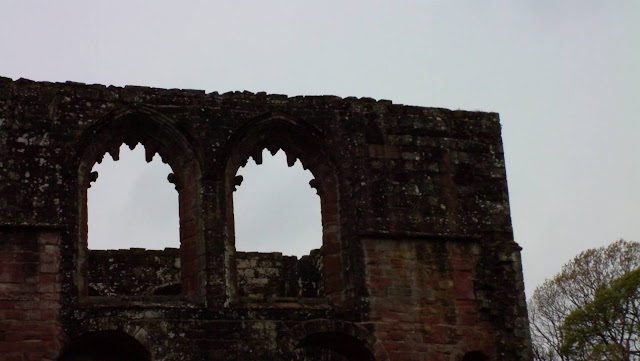 The weather was cold and rainy this time but we will definitely return with a picnic on a warm summer day so that we can explore the entire abbey estate.

After leaving the abbey we had a quick detour to Consiton Water, always beautiful whatever the weather and especially atmospheric today. 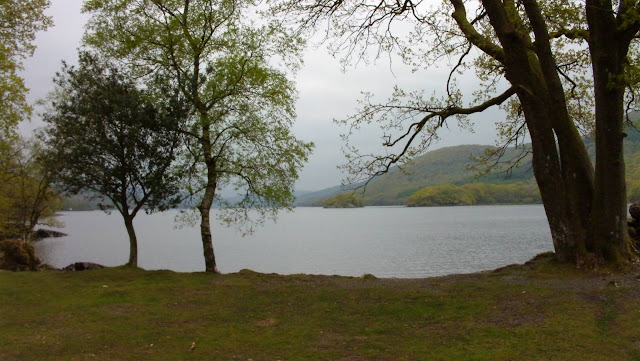 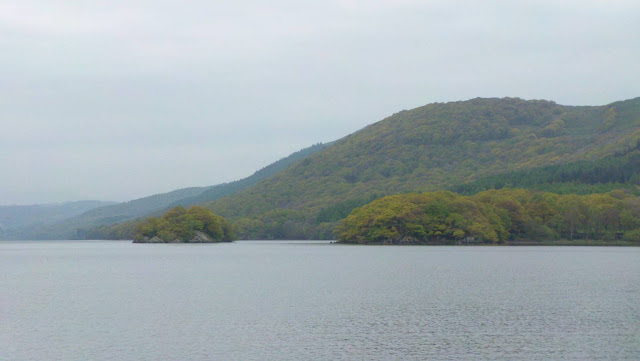 And finally a good meal at The Highwayman and then home.
Places