Posted by Chris on September 20, 2012
We've just got back from a relaxing couple of days in Geneva. The weather stayed lovely for the most part and it was warm enough to count as a bit of extra 'summer' for us. We hadn't been to Switzerland before, certainly not as adults, and we were both wondering what to expect. The national stereotype is summed up with adjectives such as clean, tidy, organised and cool. What would we find?

First and foremost we found expensive. We knew that Switzerland isn't cheap. We hadn't fully appreciated that it is one of the most expensive cities in the world. According to The Guardian's latest cost of living survey, Geneva is the 5th most expensive city in the world - behind Tokyo and Osaka, Moscow and Luanda (that's Angola). So we quickly realised we wouldn't be bagging any bargains. In fact - a first for us shopoholics - we came home completely empty-handed!

We stayed not far from the lake, in the Old Town. The impressive Jet d'Eau was never far away, visible across the rooftops as we climbed the steep, narrow streets to St Peter's Cathedral. 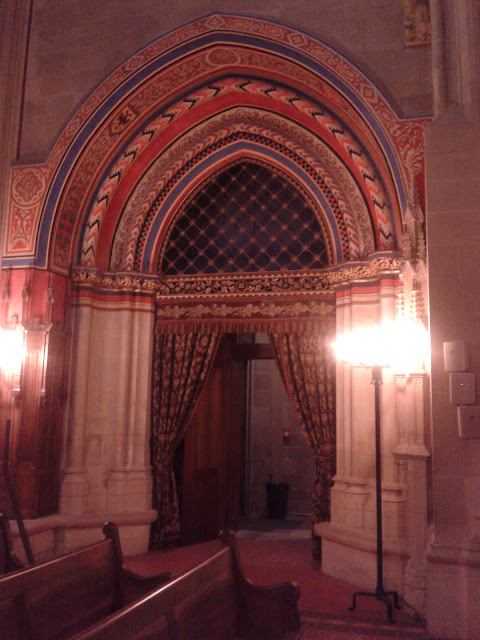 Beneath the cathedral are the archaological remains of previous places of worship dating back to the 4th century, all carefully excavated without disturbing the building above. We spent a fascinating half hour or so wandering around the (slightly claustrophobic) site, imagining life in this remote Alpine place all those years ago. The exhibits even included the tomb of an important warrior whose death, it is believed, led to the establishment of the first cathedral on this spot and ultimnately to the establishment of Geneva itself.

For us, Geneva isn't a fantastic place to eat out. Local cuisine tends towards the French style - hence it's carnivorous which doesn't suit us; or there is the ubiquitous fondue which we didn't feel like. So on the first night we played safe and ate at Luigia, a lively, canteen-style pizza restaurant serving proper Italian pizza cooked in a wood burning oven. With Italy less than 100 km away we felt that pizza could count as local food. Tempted though we were, we dodged the Nutella Pizza for dessert! On the second evening we ate at the Demi Lune Cafe which serves tapas and good beer in the heart of the old town. It had a relaxing, slightly 'club' feel to it, with armchairs and reading lamps providing a good ambience which encouraged us to linger.

During our visit to Geneva we stayed at the Hotel Bel' Esperance which was peaceful, comfortable and well located in the heart of the old town. It also has a roof terrace which affords good panoramic views of the city and the lake.
We did plenty of walking in Geneva, both around the steep Old Town and along the lake shore and definitely felt that the break did us some good. As always, we also had time to think some things through which ordinary, busy life doesn't usually allow.

Not least, how would you cope living in a city where a simple pizza meal for two cost nearly £70?
Places