Surprises at the Old Laundry 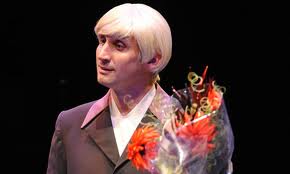 So, the latest Alan Ayckbourn at the Old Laundry - an important event every Autumn for me. This year's performance, entitled Surprises, was certainly full of surprises and left most of the audience bewildered and wondering if they'd booked for the wrong play!

As the lights went on, before the first interval, there was a general, confused silence and then, a hubbub of voices expressing surprise and bewilderment. Many in the audience were speculating that they had stumbled into the wrong play; many were unconvinced that it was an Alan Ayckbourn play they were watching!

Now, whilst I agreed with many of the comments - this was certainly a different kind of Ayckbourn, I was enjoying the play. It was very different and very clever. According to the writer, when he spoke about the play before the production, there were several inspirations for the play, not least his interest in longevity and how advances in medical science are rapidly and dramatically prologing the average person's lifespan. 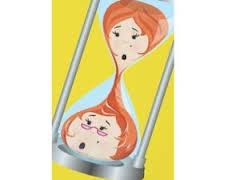 The play moved backwards and forwards between a number of love stories and spanned a period of 50 years. One of the main themes is the concept that, when people live for more than 120 years, are they able to sustain one relationship? Or is marriage for that length of time an impossibility, regardless of how much a couple might love each other? Maybe the solution is to form an attachment to a robot! Lorraine, the lawyer, certainly meets her match in Jan, the robot who never puts a foot wrong.

Genre-blending Ayckbourn mixes futuristic hi-tech with farcical comedy into a bitter-sweet romance that, as he says, "reflects the present by extending the trends of today to their logical conclusion".

Overall, a wonderful new Ayckbourn play but very different from his more usual bedroom farces and not one for the faintheated or if you're hoping for a good romp through middle class manners and lives. I think Chris secretly enjoyed it but he kept very quiet!!
Theatre