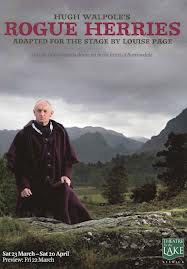 Theatre by the Lake in Keswick has staged the first ever, I believe, dramatisation of Hugh Walpole's novel Rogue Herries. Set in 18th century Cumberland, the novel follows the fortunes and vicissitudes of the Rogue himself,  Francis Herries, and his family as they try to live in an inhospitable and crumbling mansion in Borrowdale. 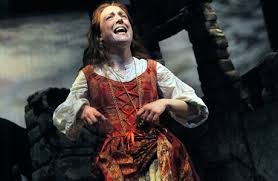 Francis Herries is a Georgian hellraiser, a sort of 18th century Oliver Reed! He sells his mistress at the local fair, kills his wife through lack of affection and buries a witch in his garden! Having never been in love, he falls head over heels in love with a young gipsy girl. Mirabelle, the gipsy, doesn't return his love and leads him a merry dance. Until the end of the book/play, that is, when she finally realises she loves Francis and dies giving birth to their daughter. The Rogue dies too, leaving their daughter, Judith, an orphan and paving the way for Walpole's next novel - Judith Paris! 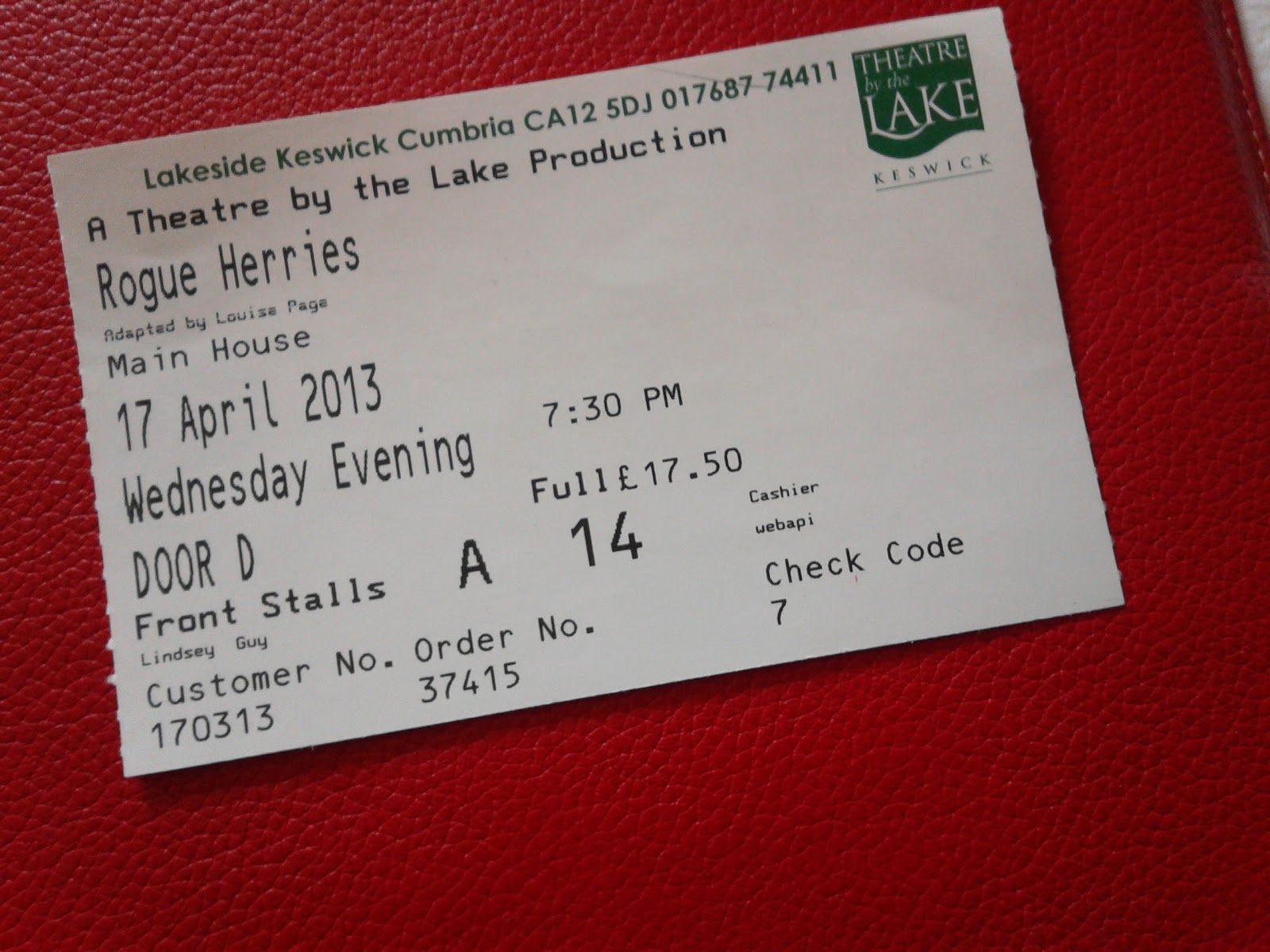 Walpole described the novel as "a fine, queer book in the big manner", and though it's an unwieldy work to condense for the stage, Louise Page's adaptation seems quite at home amid the lakes and fells that inspired it. The opening evocation of "mist, mizzle and mud" is not only lugubrious scene‑setting for an 18th-century saga, but a fairly accurate weather report. It was certainly true of the weather on Wednesday evening when we ventured North to see the play! Walpole would have been pleased by the pathetic fallacy - the wind roaring and blowing a gale and the rain lashing down as we ran from the car to the theatre!

Hugh Walpole's work has been very much out of fashion since the Second World War although John Bucan compared his work favourably to Thomas Hardy. Modern readers seem to find his work overstuffed and too vast. The public taste for meoldrama and towering tales of generations of the same family in the style of Winston Graham's Poldark and John Galsworthy's Forsythe Saga, has waned, but hopefully this adaptation will introduce a new generation to the novels of Hugh Walpole.
Theatre