Picturesque Rambles in Westmorland and Cumberland

Posted by Chris on May 26, 2013
Lindsey spotted this beautiful book at a good price and snapped it up. Published in 1832 it is a tourist guide to the two counties that now mostly make up Cumbria and is sumptiously illustrated with dozens of steel engravings.

After Wordsworth published his 'Guide through the District of the Lakes' in 1820, mass tourism really took off in the Lake District (spanning Westmorland, Cumberland and part of Lancashire) and guide books were published for tourists venturing into this wild area. 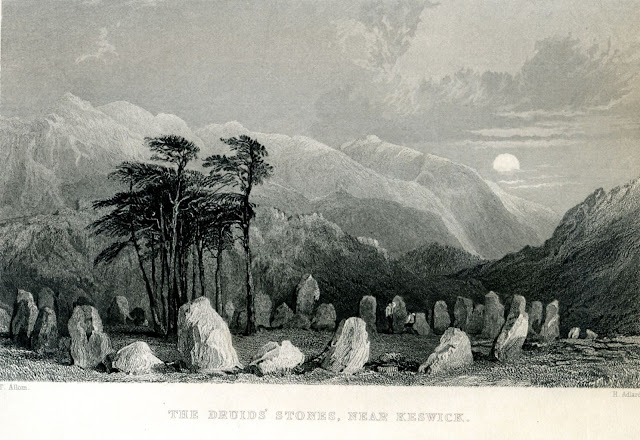 Many of today's tourist attractions remain unspoiled and essentially the same as they were when the book was published. Castlerigg Stone Circle, near Keswick, is an example: it's about 5,000 years old and the past 200 years haven't made much difference to it. 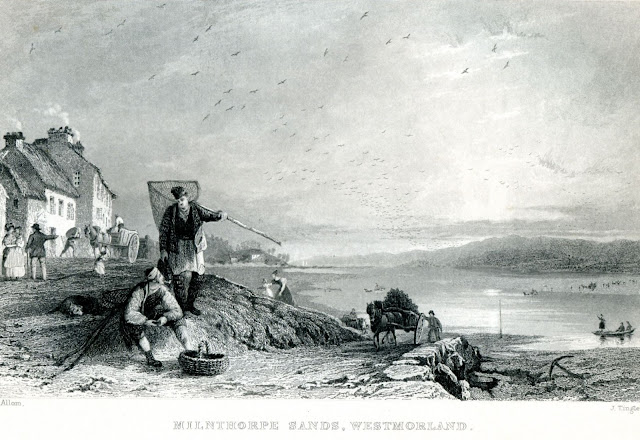 Other areas which were becoming popular when the book was published have seen more changes. Sandside, where Lindsey spent part of her childhood, was a small port near Milnthorpe on the edge of Morecambe Bay. Small scale tourism has developed there but not on the scale of places like Bowness and Keswick. Its role as a port made it too important to be very interested in tourism and when the railways came 20 years after the book was published it was Sandside's port and industry which mostly benefitted.

Most of all, the engravings in this beautiful book show pretty lakeland villages with local people quietly going about their daily business - and this is still what we enjoy when we spend an afternoon there. A real antidote to the hustle and bustle. 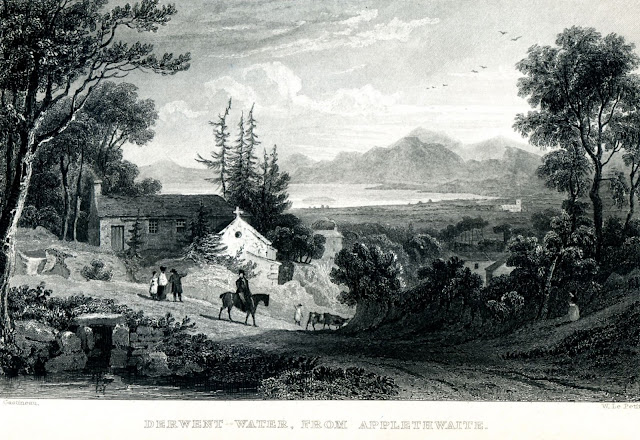