Afternoon Tea in the Borders

Posted by Anonymous on June 09, 2013
Last Saturday found us travelling north across the Scottish Border to Moffat, a charming small town not far from Edinburgh. The reason for our journey was the launch of the latest D E Stevenson novels. For fans of D E Stevenson these new novels are a marvel, a miracle and an absolute treasure trove.

A few years ago Shirley Neilson, the owner of Greyladies, a niche publishing company based in Edinburgh, was approached by one of D E Stevenson's grandaughters. Whilst clearing out the attic of the family home in Moffat she had discovered a box of her Grandmother's unpublished manuscripts. She approached Shirley to find out if Greyladies would be interested in publishing some or all of the work. Greyladies most certainly was interested!

So, that's the history bit. Since the discovery, Greyladies has published four of the novels and has just published the final, we think, two. A novel, Jean Erskine's Secret and a collection of short stories, plays and poems - Found in the Attic. The reason for the gathering in Moffat was the launch of the latest two books. 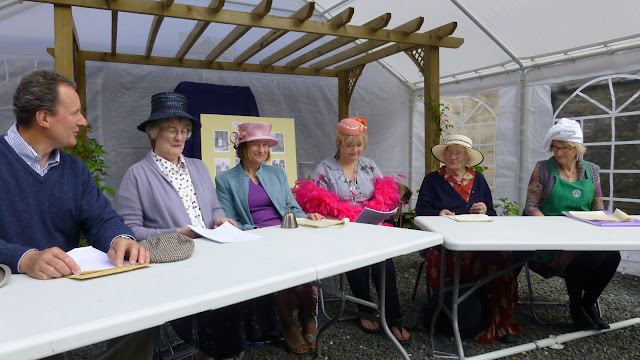 The launch was held in a small arts centre in Moffat and we were regaled with readings from the books by Louise Harrison of T P Books in Addingham, near Ilkley; afternoon tea and a short play from Found in the Attic entitled The Countess of Ayr's Daughter or to completely give away the plot and the joke, The County Surveyor's Daughter. As we discovered this joke only works with a Scottish accent which all the actors produced beautifully! Lou was especially excellent as the eponymous daughter! The hats were a miracle of couture and the play was only slightly marred by the gardener and his electric strimmer in the garden next door! 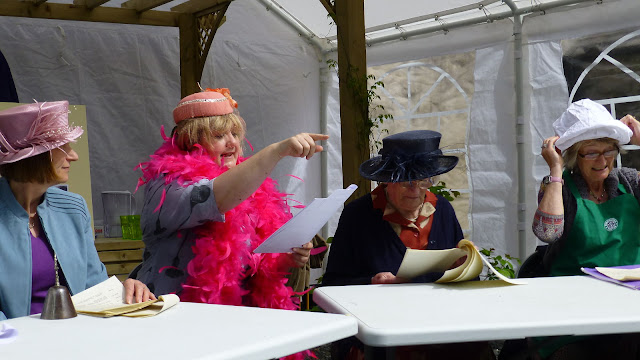 It was a lovely afternoon shared with fellow DESsies and meeting the family of D E Stevenson was a real treat especially as they shared some personal memories of the author with us.

Following the launch Chris and I travelled further north to St Mary's Loch. I was particularly keen to travel to the Loch as it forms the backdrop for one of D E Stevenson's novels - Anna and her Daughters. the novel is set in Moffat, renamed Ryddleton. The Loch was beautiful, just like I'd imagined it from the descriptions. 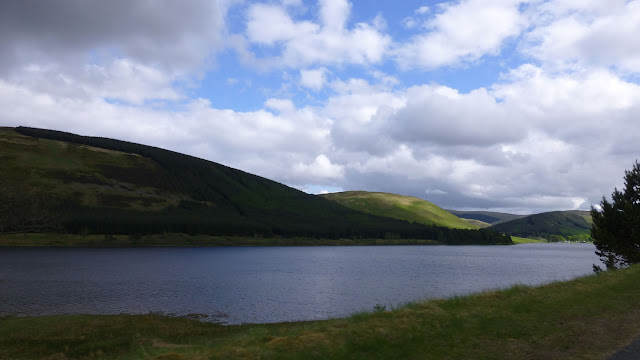