Posted by Anonymous on May 24, 2013
Moliere's The Misanthrope translated by Roger McGough, what a partnership and what a treat!! Produced and performed by the Liverpool and Everyman Theatres in collaboration with English Touring Theatre the production was a triumph and a wild success! 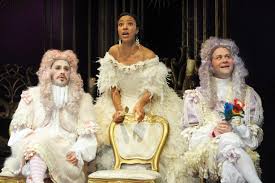 We intended seeing the play in Liverpool, it would have made sense, but, unfortunately, we missed it! Then, I spotted the performance at the Theatre Royal in York, so we booked a matinee and headed off over the Pennines to York.

The performance lived up to our expectations. Everything about it was fabulous - the costumes, the actors, the scenery and McGough's wonderful poetry, and prose, of course!

Moliere’s play, first performed in Paris in 1666, satirised the artificial manners of the French court, prefiguring in Alceste, the misanthrope, the passion for authentic feeling that would eventually inspire the Romantic movement.

Poet Alceste is disgusted with French society. Powdered fops gossip in code and be-jewelled coquettes whisper behind fans wherever he looks.  In pursuit of honesty, he embarks on a one-man crusade against forked-tongues, frippery and fakery.  But could the woman he has fallen in love with be the worst culprit of all?

In McGough's version of the play the cast, with the exception of Alceste, all speak in rhyming couplet. Alceste speaks bluntly in prose to draw the contrast between the falseness of the court and the would be simplicity of truth. 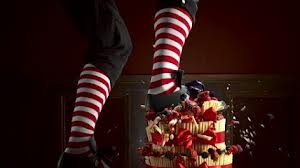 The company produced an excellent performance and we enjoyed a couple of hours of spectacle and farce and pure escapism from reality - perfect Moliere!