Making Hay While the Sun Shines

Posted by Chris on July 18, 2013
Throughout the summer the fields around us are cut to make hay. Through the day and evening the familiar drone of the tractor comes and goes as it goes up and down the fields, first cutting the grass, then collecting it into a trailer to be baled up.

Like all agricultural jobs, it has to be done until it's finished and that sometimes means that the tractors carry on until after dark, using their bright headlights. On occasions the drone of their engines has continued until after midnight. 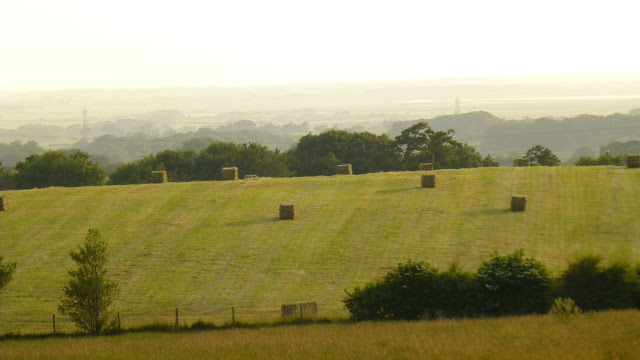 Once the job is finished the bales are lying around as if they have been left behind by visiting giants. And then it's onto the next stage - wrapping them up, ready for storage and use through the cooler months.