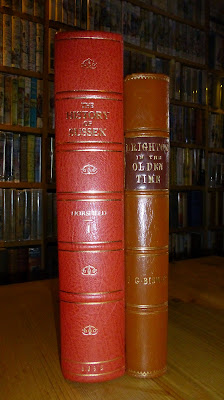 We have built up a small collection of fine antiquarian books which connect me to my home town of Brighton. I have always been fascinated by the history of the town and the way that it mushroomed during the Regency period as it quickly transformed from ancient fishing village to fashionable health resort in the space of a few decades.

One of the books is grandly entitled "A Peep into the Past: Brighton in the Olden Time, with Glances at the Present" by John George Bishop, published in 1880. It charts Brighton's rapid development from the turn of the nineteenth century, when it was still called Brightelmstone, through the next 80 years. Having gained a reputation in the mid 1700s as a health spa, the town benefitted further when it was adopted by the Prince Regent (later George IV) as his seaside retreat. He built his amazing Royal Pavillion and the rest is history. The population growth during this period was explosive: from 4,000 in 1780 to 60,000 in 1860.

The book is written throughout in the wonderfully flowery language that the Victorians did so well and even when it is simply cataloguing the number of pubs in the town it does so in such an entertaining way. The writing style helps to transport the reader back to a different age. 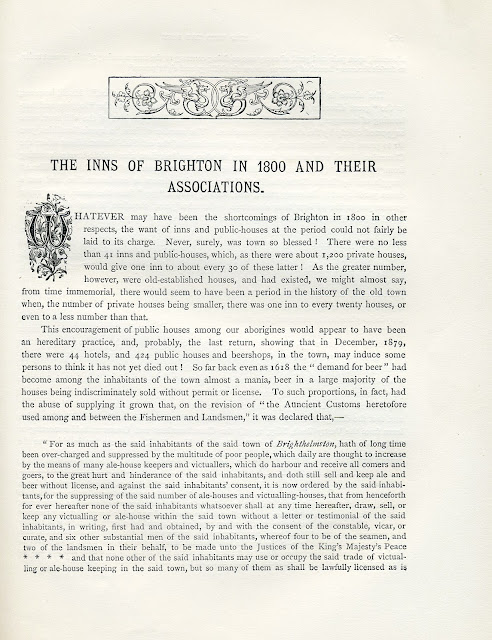 The book is generously ilustrated throughout with full page engravings, protected by tissue guards, and these really help to bring the subject alive. The book has been rebound relatively recently and has a tan leather spine and beautiful marbled boards. 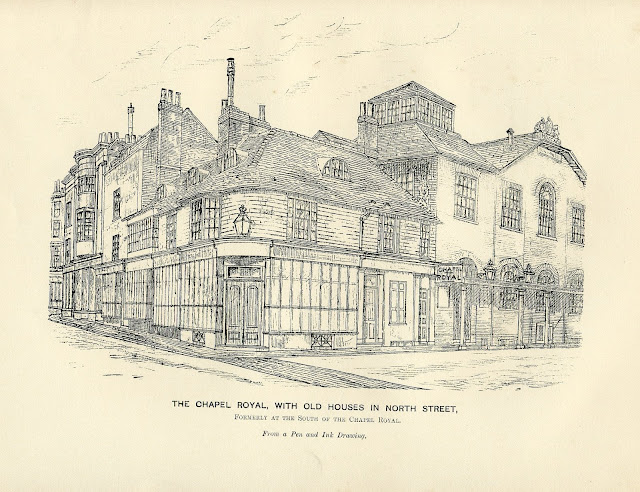 The second book in our Brighton collection is Thomas Horsfield's "History, Antiquities and Topography of the County of Sussex", published in two volumes in 1835. As one of the most significant towns in Sussex, Brighton gets a long chapter to itself. This traces the history of the town much further back, to the Doomsday Book. Parts of the book are simple lists of land ownership but most of it is descriptive. The language is less flowery than the first book but no less entertaining. 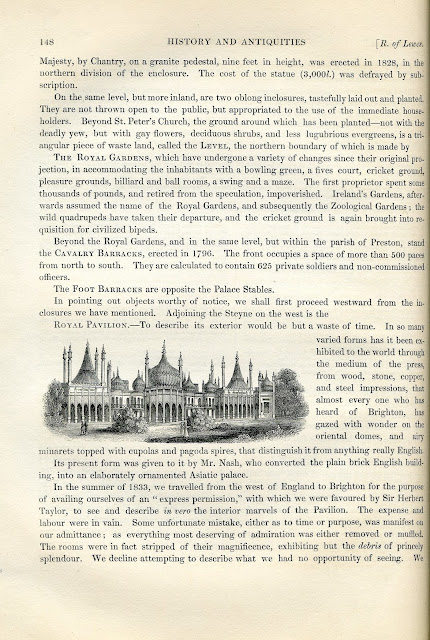 The volume is illustrated throughout. There are full page copperplate engravings, again protected by tissue guards, as well as smaller wood engravings in the text throughout.
The illustration of the attempted French invasion of 1545 (copied from an original drawing made at the time) is the earliest map of Brighton and shows the four main streets which today surround "The Lanes" of the original fishing village. The single street of Hove can clearly be seen to the west. 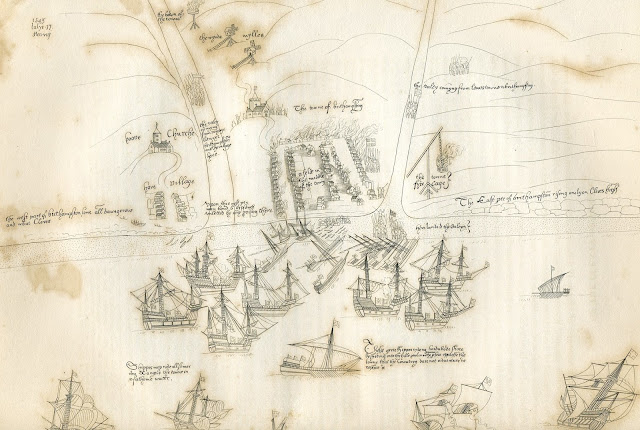 The population was about 2,500 and there were around 80 fishing vessels. Despite being seriously outgunned by the French, with their 200 ships and 26 galleys, "the inhabitants thereabouts came down so thick, that the Frenchmen were driven to fly with the loss of divers of their numbers." Excellent!

Lindsey got the two volumes rebound recently with leather spines and beautiful marble boards and matching end-papers. Along with "A Peep into the Past" they make up a wonderful part of our Brighton and Sussex collection.
Books Places