On Saturday we had a trip to Salt's Mill at Saltaire, it's a lovely place to spend an afternoon. There's a wonderful bookshop and another shop specialising in art and architecture books as well as the Early Music Shop which has the most amazing collection of early instruments I have ever seen. There were spinets, harpsichords, viols, harps and recorders aplenty! I was very tempted by the tenor recorders, beautifully made in a range of woods but hugely expensive! We had a good mooch around the sheet music and came away with some Baroque recorder  music. Chris has also decided that he's going to knuckle down and improve his recorder playing and then we can both indulge in a beautiful new tenor recorder each. There's an incentive for him!

After a late lunch in Salt's Diner, we enjoyed an hour in the bookshop, being tempted by some of the delights on display. 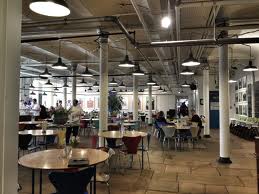 The bookshop is full of a beautifully selected and eclectic mix of books all displayed to their best advantage. I love the bookshop as the selection is always interesting and many of the books wouldn't be found in more mainstream bookshops. In shops such as this one we always deploy our bookbuying strategy: seen here, bought here. This seems only fair as without shops like this we wouldn't have the opportunity to browse such tempting books!

I was really pleased with my selection. It included two newly published books about the Wordsworths: a new biography of William and Dorothy Wordsworth and their lives together and a study of Sarah Coleridge and Dora Wordsworth. I was also pleased to find Robert Brownwell's new book about Ruskin's marriage to Effie Gray. The book will hopefully explore and explode some of the myths behind the Ruskin marriage. 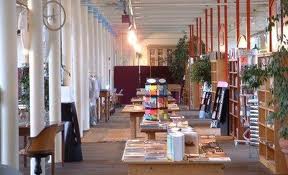 Rebecca Tope's new novel: The Ambleside Alibi looks like a good read. It is the second in her Lake District crime series and the first: The Windermere Witness was excellent.

The final two books in my haul were a new literary biography of Elizabeth von Arnim, the writer behind the novel:  Elizabeth and her German Garden, as well as numerous other novels including The Enchanted April. This is the first full length biography about the novelist and calls on much previously unavailable source material. Finally, I bought Nick Higham's The Anglo Saxon World.

So, all of these books are now on my bedside table waiting to be read. I'm spoilt for choice and not sure where to start first! Like the bookshop at Salt's Mill, my selection of books is fairly eclectic.
Books