What a Wicked Evening 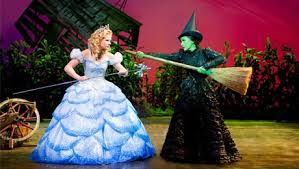 Some friends were celebrating their Silver Wedding Anniversary last week and so we booked tickets to see Wicked at the Palace Theatre in Manchester. We all love theatre and musicals, well three of us do, Chris is a bit ambivalent but he came along in good spirits!

I'd heard a great deal about Wicked and I've wanted to see it for years so I was really excited!

Wicked is the back story to the Wizard of Oz. The musical is told from the perspective of the witches of the Land of Oz; its plot begins before, and continues after, Dorothy's arrival in Oz and includes several references to the 1939 film and Baum's novel. 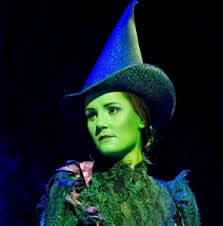 Wicked tells the incredible untold story of an unlikely but profound friendship between two girls who first meet as sorcery students at Shiz University: the blonde and very popular Glinda and a misunderstood green girl named Elphaba.

Following an encounter with The Wonderful Wizard of Oz, their friendship reaches a crossroads and their lives take very different paths. Glinda's unflinching desire for popularity sees her seduced by power while Elphaba's determination to remain true to herself, and to those around her, will have unexpected and shocking consequences for her future. Their extraordinary adventures in Oz will ultimately see them fulfil their destinies as Glinda The Good and the Wicked Witch of the West. 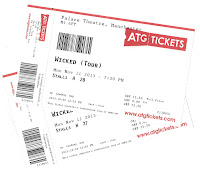 The whole cast was fabulous and the scenery and special effects were brilliant. The acting was amazing especially Elphaba and Glinda. Elphaba brought a lovely, poignant element to the role of the Wicked Witch. From her arrival at "Uni" to the final scenes of the musical we were spellbound with the acting and the music.

All in all a fabulous evening! Chris might even be a musical convert......
Theatre