Posted by Lindsey on February 26, 2014
Orrest Head is a hill in the English Lake District on the eastern shores of Windermere. It is the subject of a chapter in Wainwright's The Outlying Fells of Lakeland, and the first fell he climbed. He describes it as "our first ascent in Lakeland, our first sight of mountains in tumultuous array across glittering wates, our awakening to beauty" and also as "a fitting finale, too, to a life made happy by fellwandering". It was also my first fell walk, after which I received a badge stating "I climbed a mountain!!"

Before Wainwright, William Wordsworth loved the view from Orrest Head and, although it's rarely possible to be alone there today, the view is as breathtaking as it was to the poet:

Standing alone, as from the rampart's edge
I overlooked the bed of Windermere
Like a vast river, stretching in the sun.
With exultation, at my feet I saw
Lake, Islands, promontories, gleaming bays
A universe of Nature's fairest forms
Proudly revealed with instantaneous burst.


Standing on Orrest Head it is possible to see Elleray, the former home of the poet John Wilson. John Wilson lived at Elleray in the early years of the Nineteenth Century and whilst enjoying boating, sports, fishing, walking and other outdoor pursuits, he also wrote and collected together a number of his poems, which were published in 1812 as "The Isle of Palms" and "The Magic Mirror". He also became friends during this time with several contemporary literary figures, including Wordsworth, Coleridge, Robert Southey and Thomas de Quincey. 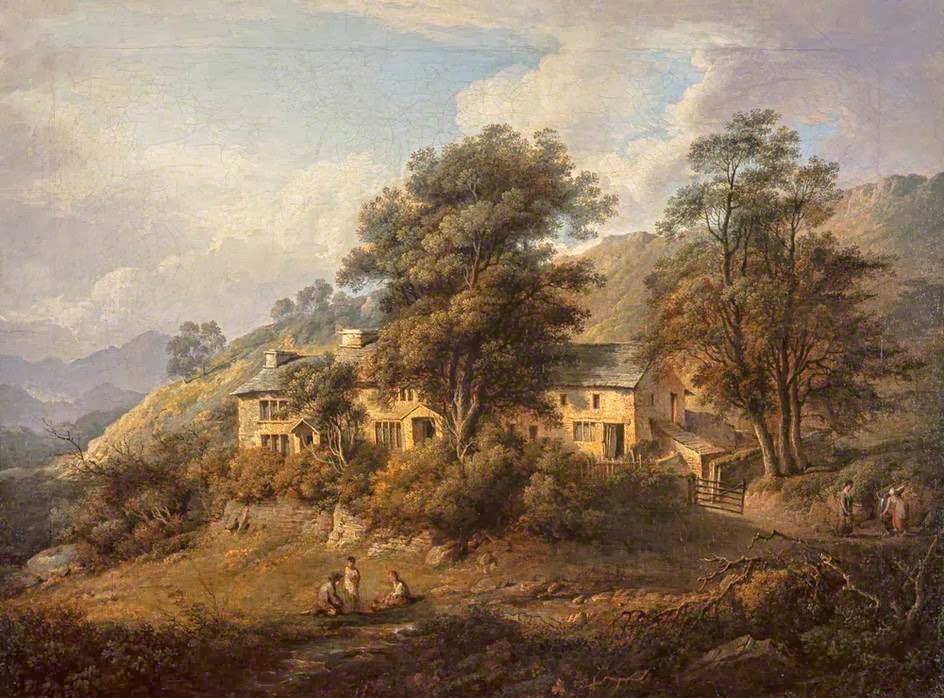 Wilson lost his fortune and returned to Scotland but he retained Elleray until 1850 and in 1825 John Wilson and Sir Walter Scott celebrated Scott's 54th birthday with a regatta on Lake Windermere. What a sight that must have been!

Harriet Martineau in A Complete Guide to the Lake District wrote: the traveller "will see a lovely view - a picturesque cottage roof, surrounded by trees, in the foreground; grey rocks cropping out of the sward on the other side of the hedges; and in front, overlapping hills, range behind range, with the grey waters of lake lying below."

It's a beautiful spot and a fantastic view for a fairly short climb.