Much Ado About Nothing at the Royal Exchange 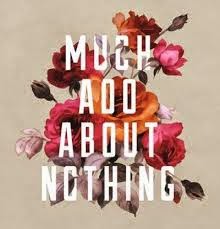 The Royal Exchange's production of Much Ado About Nothing was an exhilarating experience. Staged with 1940s' costumes and props the production emphasised the varying forms of love and marriage; the relationships between men and women, and their place in society; and the different manifestations of love. The love between two young people and the love between two older, cynical characters.

The young, innocent lovers are Hero and Claudio; the cynical, worldly wise and love-weary lovers, Benedick and Beatrice. In this production the contrast between the two couples is handled really well and provides the focal point for the play. Although it does have to be said that the sub-plot featuring the Constable, Dogberry, and his companion, Verges, almost steals the show. The Midland accents were brilliant and the costumes completely daft but excellent! As is so often the case, Shakespeare's mechanicals almost stole the show!

The Second World War setting seemed to be totally appropriate as the play opens with the male characters returning from war.  A messenger arrives in Messina and informs Leonato, the governor, that Don Pedro will be coming to the town with his army. Leonato asks how the war campaign went and learns that no men of high rank lost their lives, and that a man named Claudio received many honors for his valor in battle.

Much Ado About Nothing is primarily a play about gossip. Indeed, what does the title mean? It indicates a big fuss about a trifle, and by the end this is exactly what happens. All of Claudio's accusations will come to nothing, causing the play to end the same way as if they never occurred at all.  In Shakespeare's time "Nothing"  would have been pronouned "noting" and "noting" meant gossip. There is gossip aplenty in the play.

A character in Shakespeare’s Much Ado About Nothing says: “Speak low if you speak of love”. Thankfully no one pays any heed and so we are treated to a discourse on romance and marriage which treads heavily through cynicism, naiveté, deceit in both secretive and conspiratorial tones – all leading to an evening of fun.
Theatre