The end of Western civilisation?

Posted by Chris on April 04, 2014
'If all the economists in the world were laid end to end they still wouldn't reach a conclusion.' George Bernard Shaw

Economic laws aren't absolute because they model the behaviour of people and, over time, people (and the societies they make up) change their behaviour. The current financial situation has turned some of the established beliefs in economics on their head and a lot is being written about new laws and how they might be used to get us out of our fix. As a result there are some interesting books around. 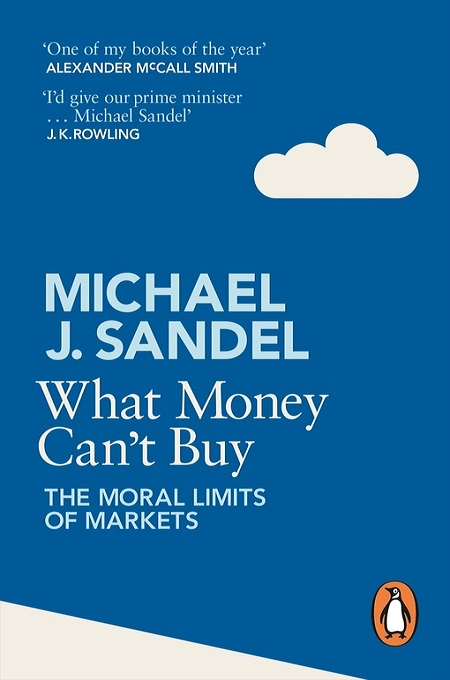 In What Money Can't Buy, Michael J Sandel argues that in recent years the free market has been applied to almost every aspect of life, often inappropriately. Classical theory is that competitive free markets regulate themselves and will always produce the best result for society as a whole, with lowest prices for the consumer and least waste of valuable resources.

But as the author asks, should the market mentality be applied to everything in our society? Does it really belong in our health and education systems? Or in our prison service? By reducing everything to a crude financial equation we risk ignoring the moral aspects of these decisions. The book is peppered with examples of market forces being allowed to make decisions which, perhaps, should properly be made by society based on values other than those of the free market.

In the EU companies can purchase, for €13, the right to emit one tonne of carbon into the atmosphere. What started as a scheme to reduce pollution has become just another cost to factor into the business plan. Should companies be able to buy the right to harm the environment?

Sandel argues clearly and the book is a joy to read. His conclusion is that the relentless application of free market principles to all aspects of our society is pushing out other values - loyalty, duty, fairness - and that we are a morally poorer society as a result. Do we really want to live in a world where everything is for sale? 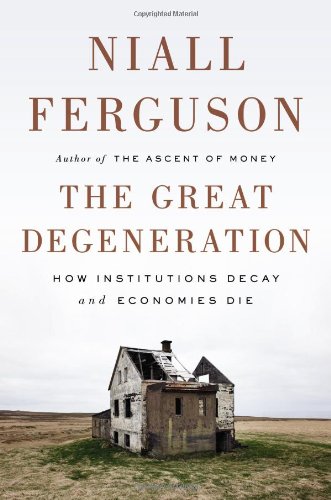 Some economists are going further and suggesting that we are witnessing a more fundamental decline in our society. Niall Ferguson argues in The Great Degeneration that the fundamental building blocks of our affluent society are degenerating and that our society is at risk.

The four vital building blocks are representative government, the free market, the rule of law and civil society; and all four are crumbling. We seem to have forgotten, the author believes, that these are the four things which made western societies affluent whilst other parts of the world struggled to get beyond subsistence. However, if we focus on the four 'pillars' we can recover the situation

In contrast to Michael Sandel, Ferguson believes that the free market is not being allowed to do its job properly, that governments intervene too much. 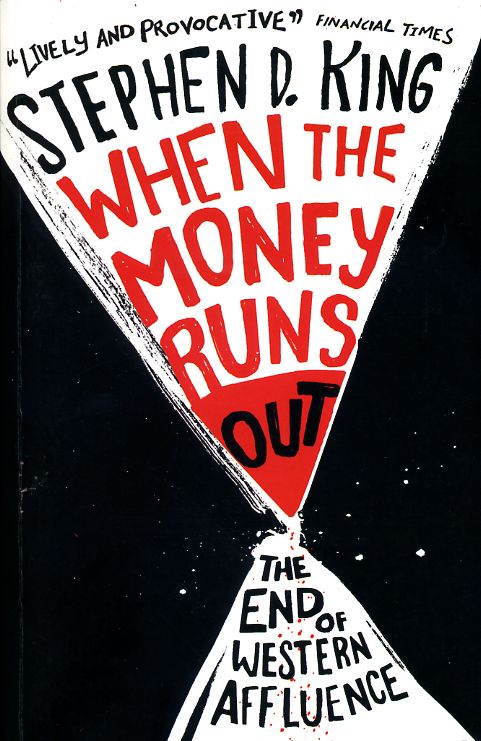 Finally, Stephen D King's When the Money Runs Out: the End of Western Affluence.

Of the three books, this has the most dystopian vision. After decades of (almost) unrelenting economic growth, we all assume that recessions are temporary and that things will return to normal. But perhaps there is a new normal: one that doesn't guarantee economic growth.

King also covers the importance of civil society and the need for values such as trust. But many of our assumptions about the future - pensions and healthcare, for example - rely on continuous economic growth. Without the growth we cannot assume that these things will be provided when we are older.

King reminds us that the result of economic stagnation is often mistrust of politicians and institutions, social unrest and political upheaval. He concludes that the short term pain required to reinstate economic growth is a price worth paying to avoid complete social collapse in the future.

To me the message from all three books is clear. Whilst the emerging economies of China, India and some South American countries are enjoying huge growth, most Western economies are stagnant, over-burdened with paying for yesterday's promises. The Babylonians and all the great civilisations that went before us had a life cycle: we may be witnessing the beginning of the end of ours.