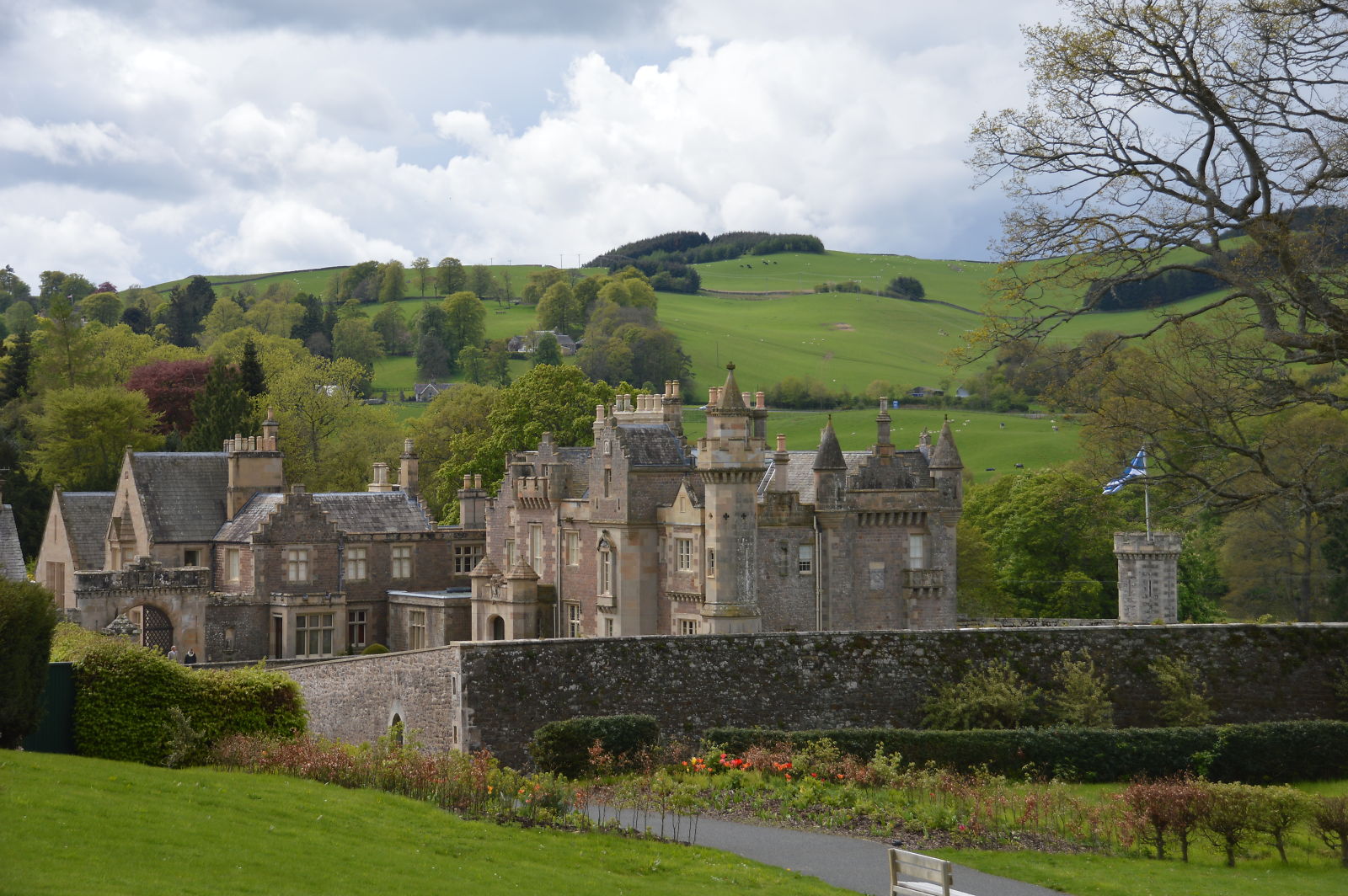 After attending our Nephew's wedding in Edinburgh this weekend, we travelled home through the Borders. Our route took us through Hawick, some beautiful countryside and past Abbotsford House, the home of Sir Walter Scott. We'd promised ourselves that, if we had time, we would drop in for a brief visit, just to have a glimpse of the House and gardens and maybe plan a longer visit in the future.

Abbotsford House was Scott's dream and vision, it was the "stone and lime love" of his life. It was Scott's most cherished possession, but it also possessed him. He called it ‘the Dalilah of his imagination’, his ‘Conundrum Castle’ and his ‘flibbertigibbet of a house’ that would ‘suit none but an antiquary’.

In his Journal, 7th January 1828, Scott wrote "it is a kind of Conundrum Castle to be sure and I have great pleasure in it for while it pleases a fantastic person in the stile and manner of its architecture and decoration it has all the comforts of a commodious habitation."

The House is very atmospheric, the ghost of Scott can be felt in all of the rooms. His study is particulalry poignant, we could almost imagine Scott sitting at the desk, writing his novels and surveying the gardens and the River Tweed. It's also strange to think that, without the financial problems which accompanied the building of the House, Scott would never have written his collection of novels.

Sir Walter Scott’s Abbotsford remains today as one of the most famous houses in the world. It reflects, almost as no other place, the mind, enthusiasms and preoccupations of the man who built it. Constructed on the ample proceeds of a literary career without parallel, it is an enduring monument to the tastes, talents and achievements of its creator. The stones of Abbotsford speak both of triumph and disaster: first of literary and worldly success, then of fortitude as adversity was faced and ultimately conquered in Scott’s debt-ridden but noble final years.

We enjoyed our visit so much, and the weather was so beautiful, that we toured the House and gardens and enjoyed a pot of coffee in the cafe. It was a splendid detour and one which we will hopefully repeat in the near future. 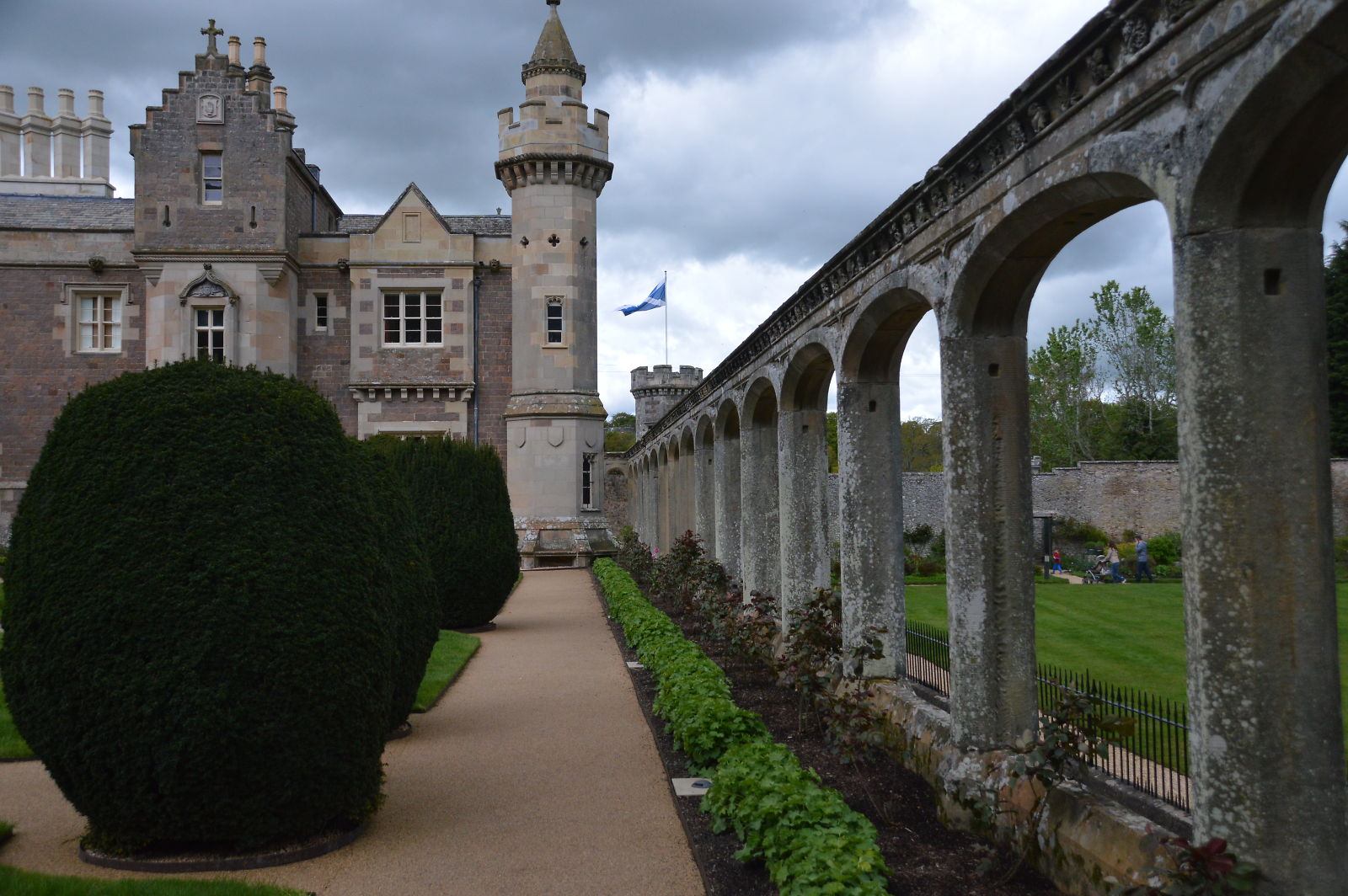 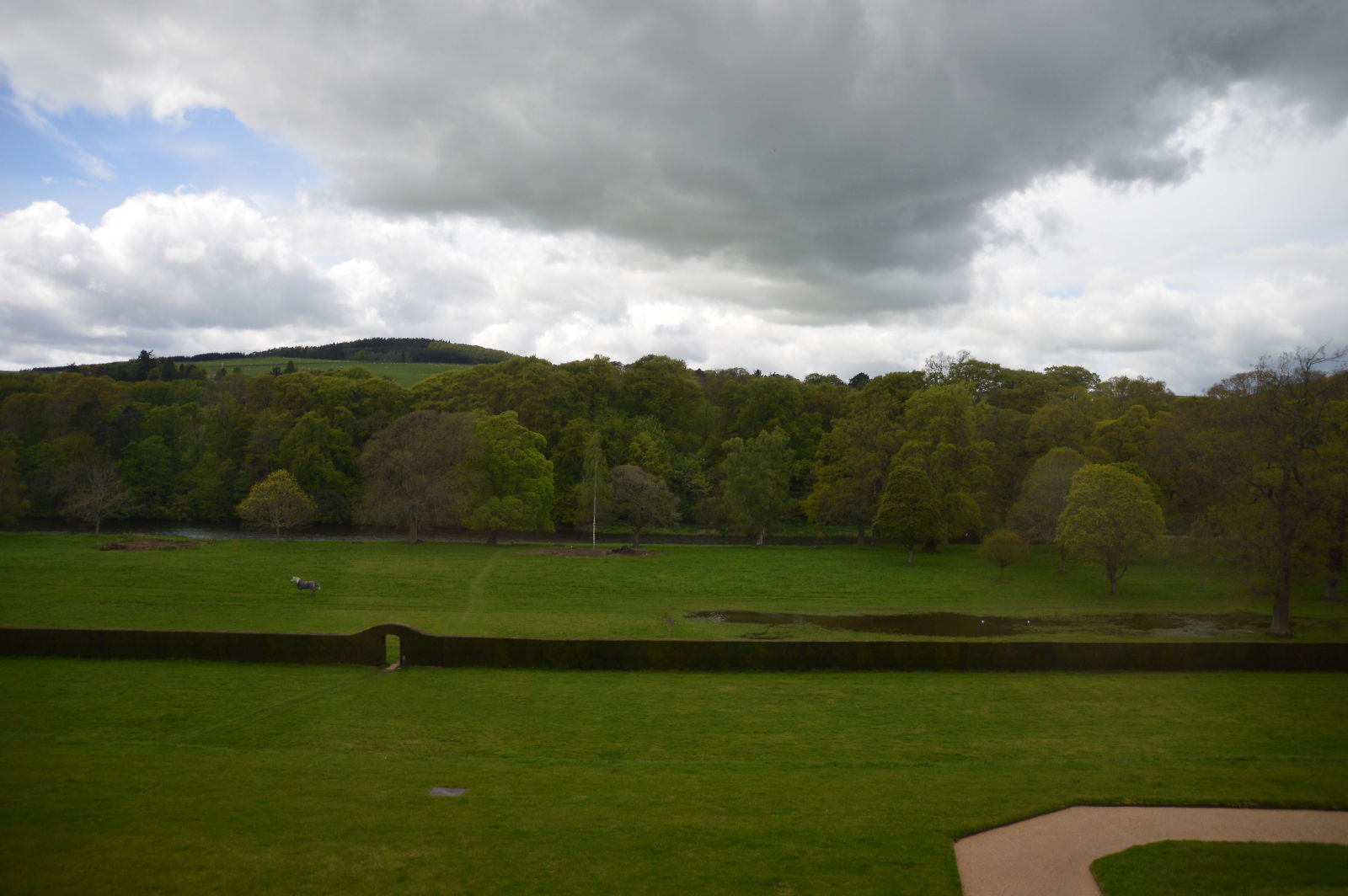 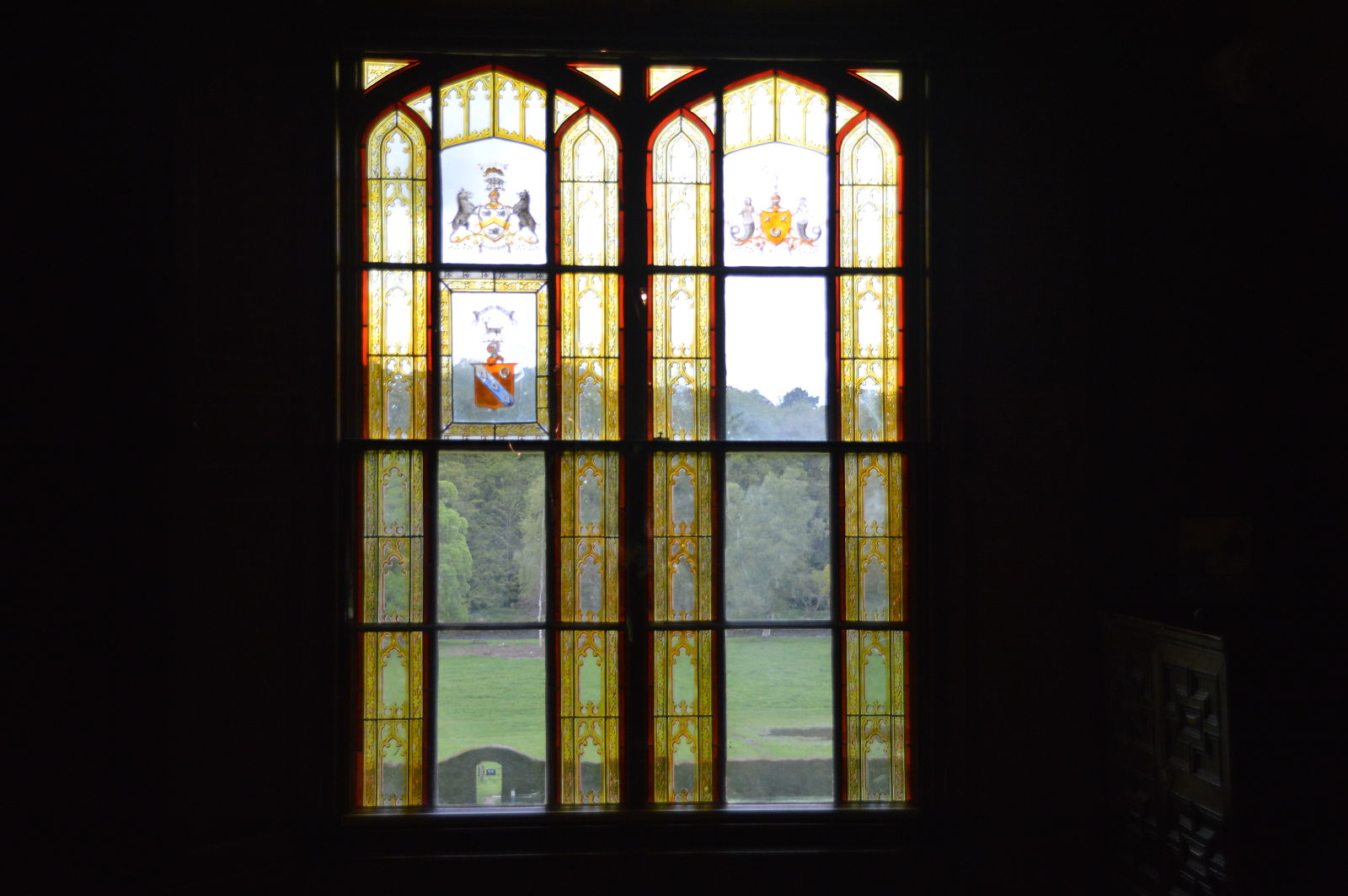 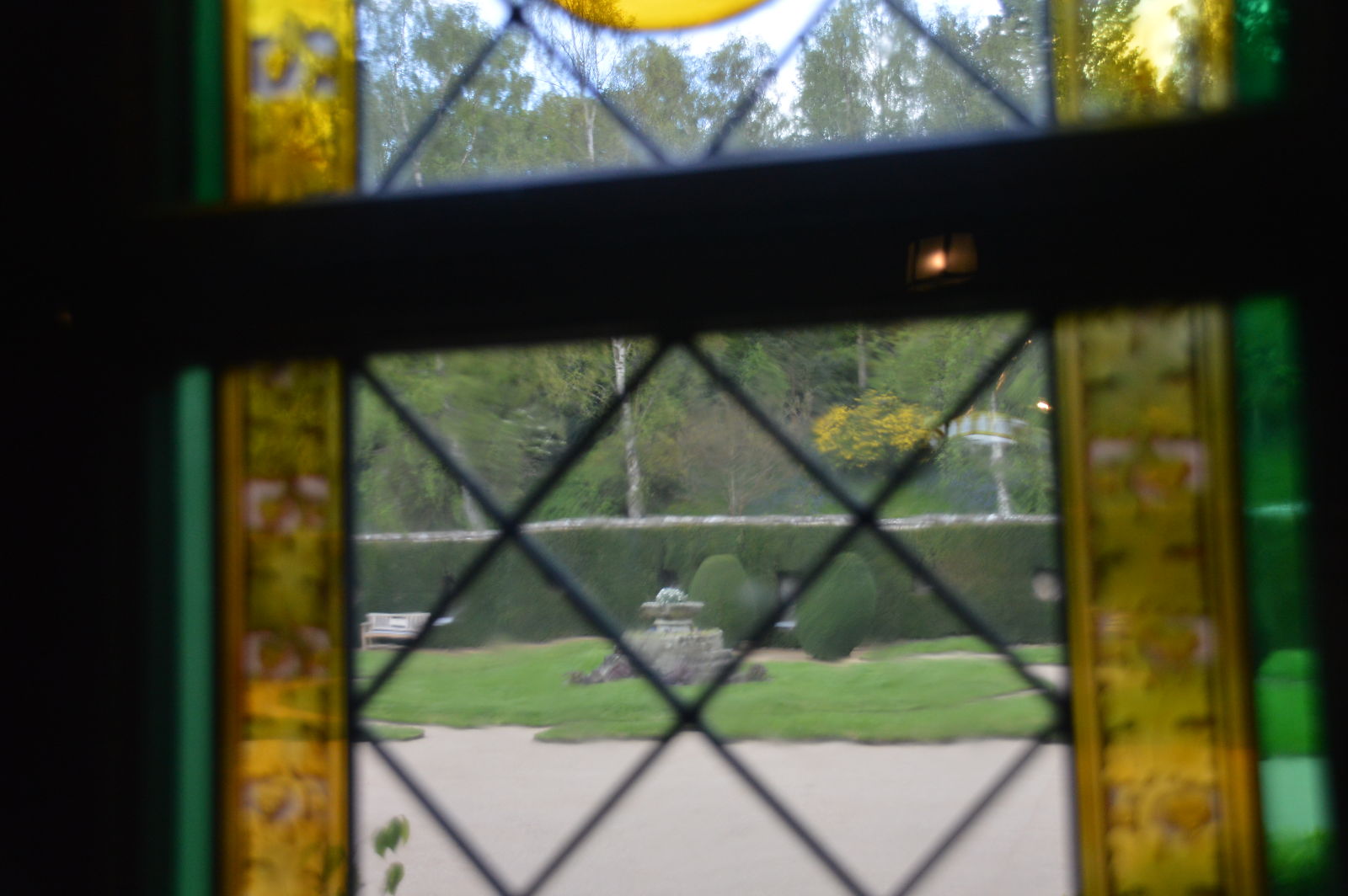 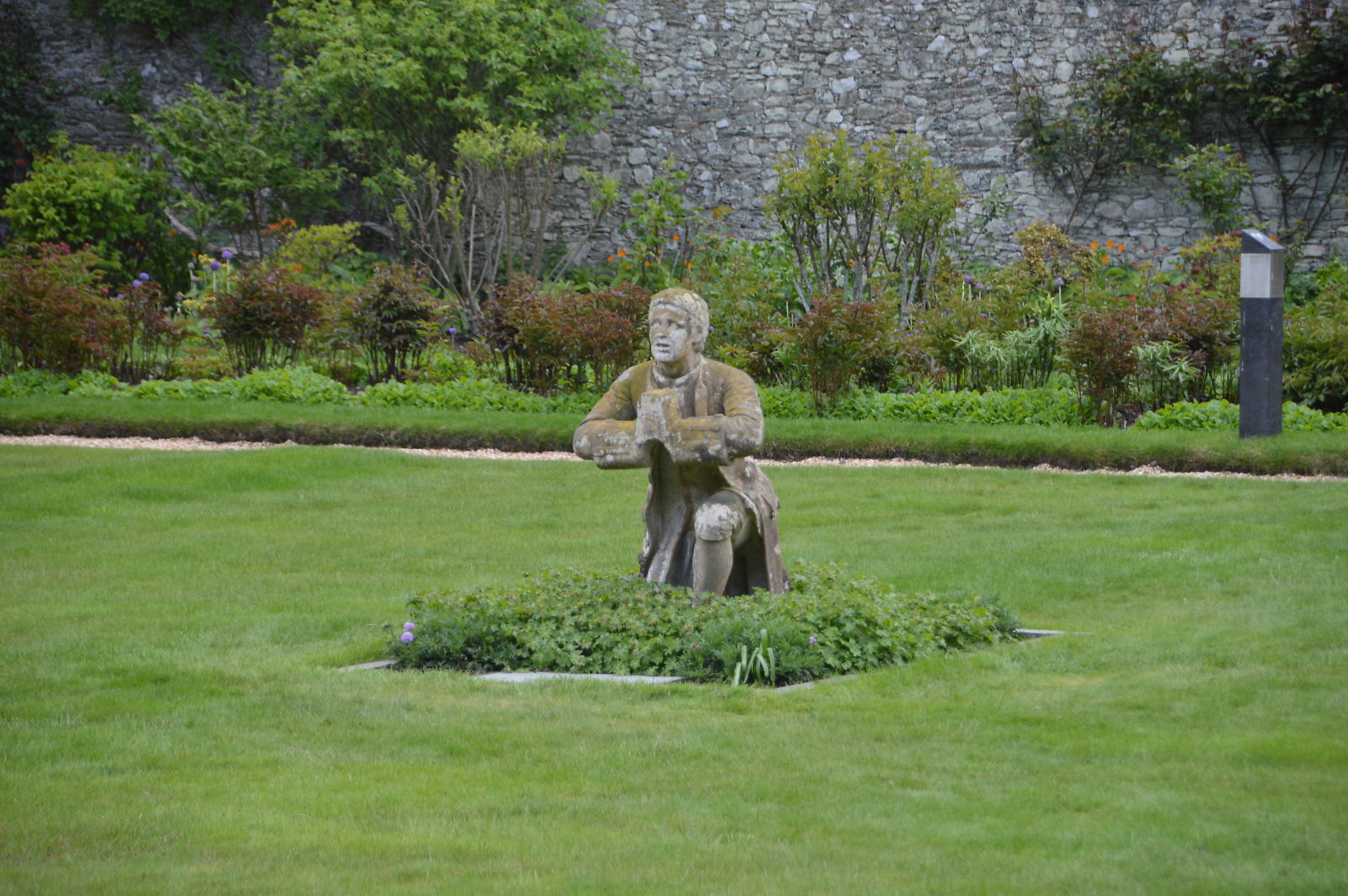 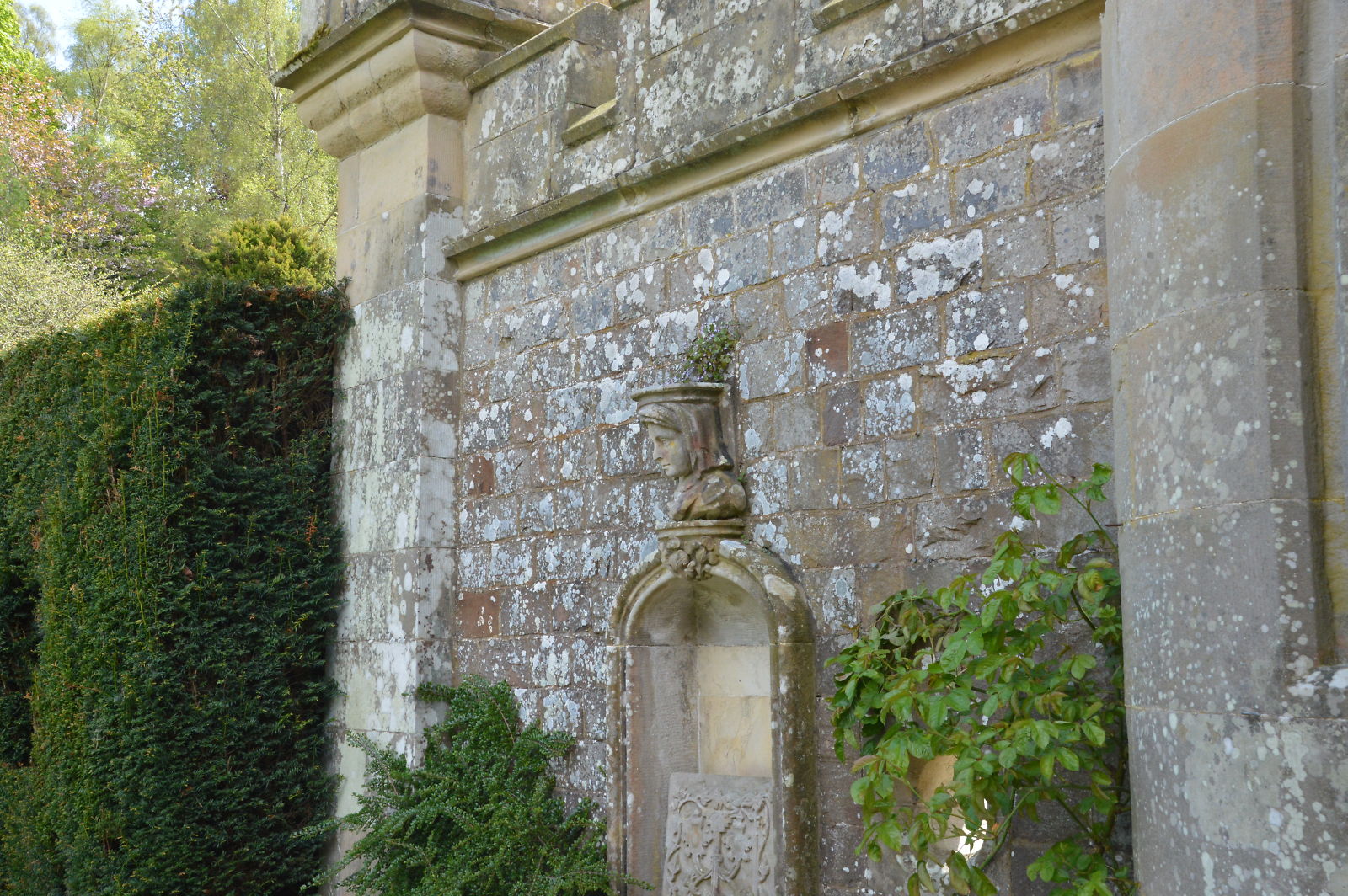 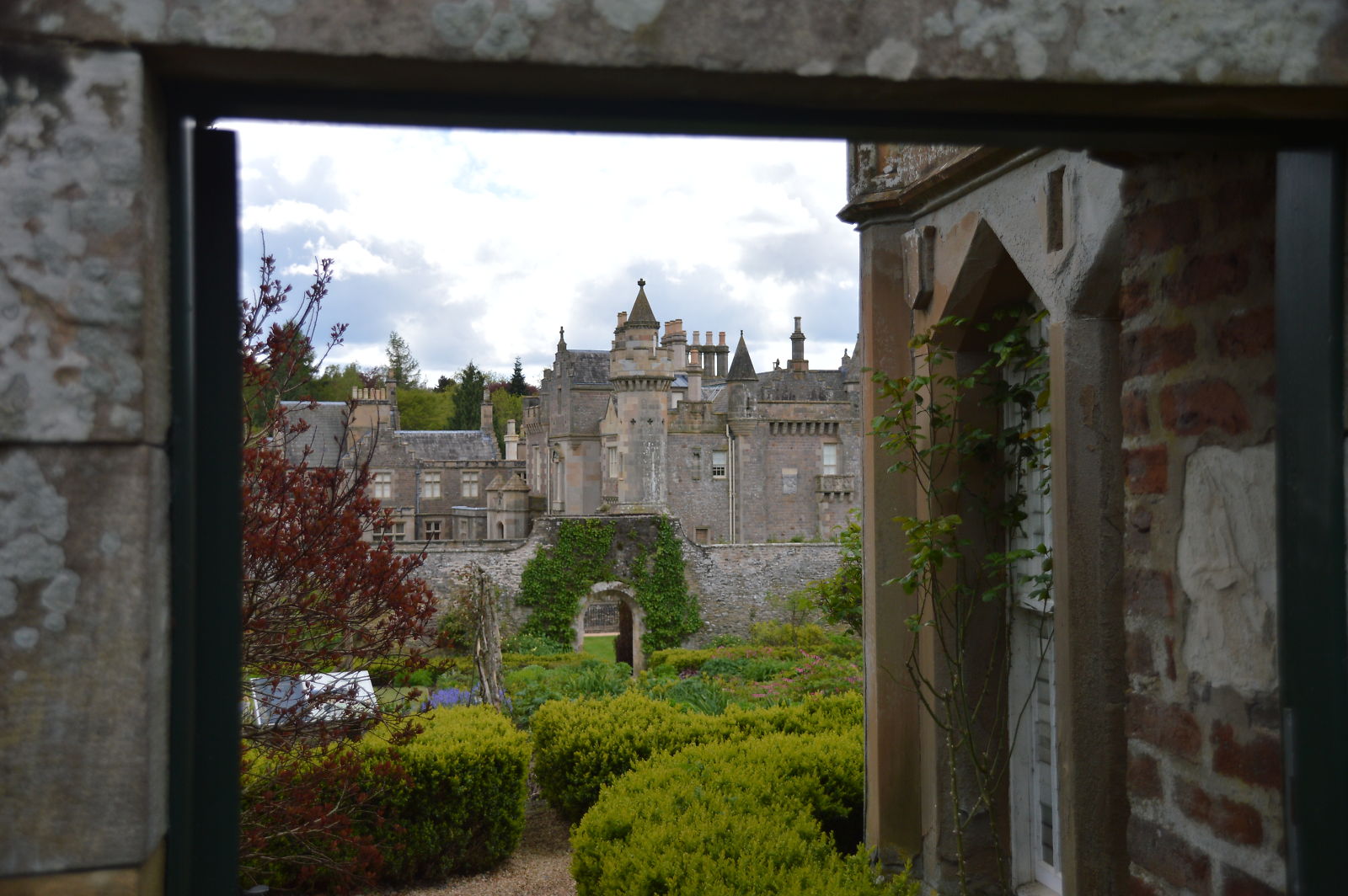 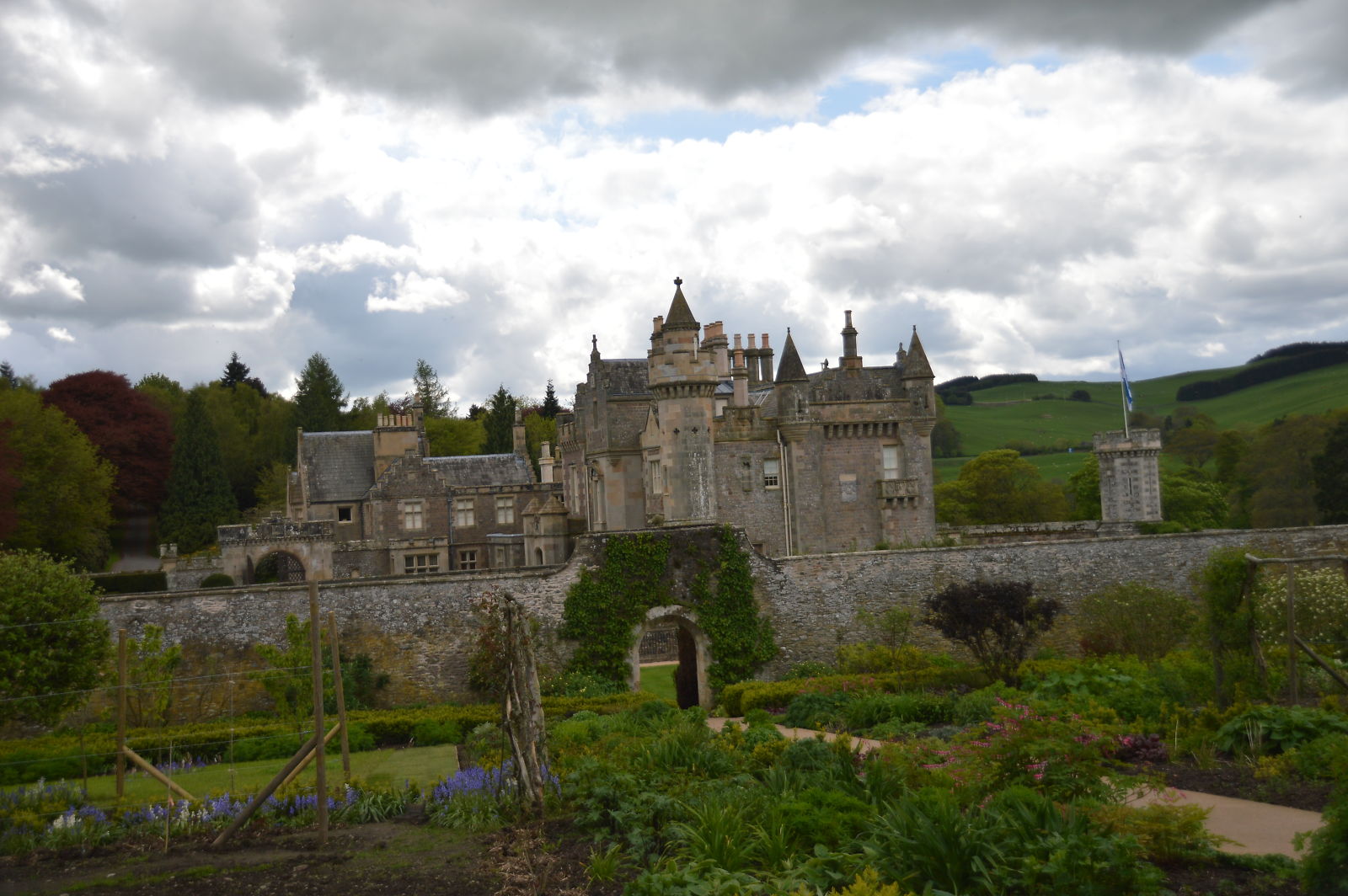 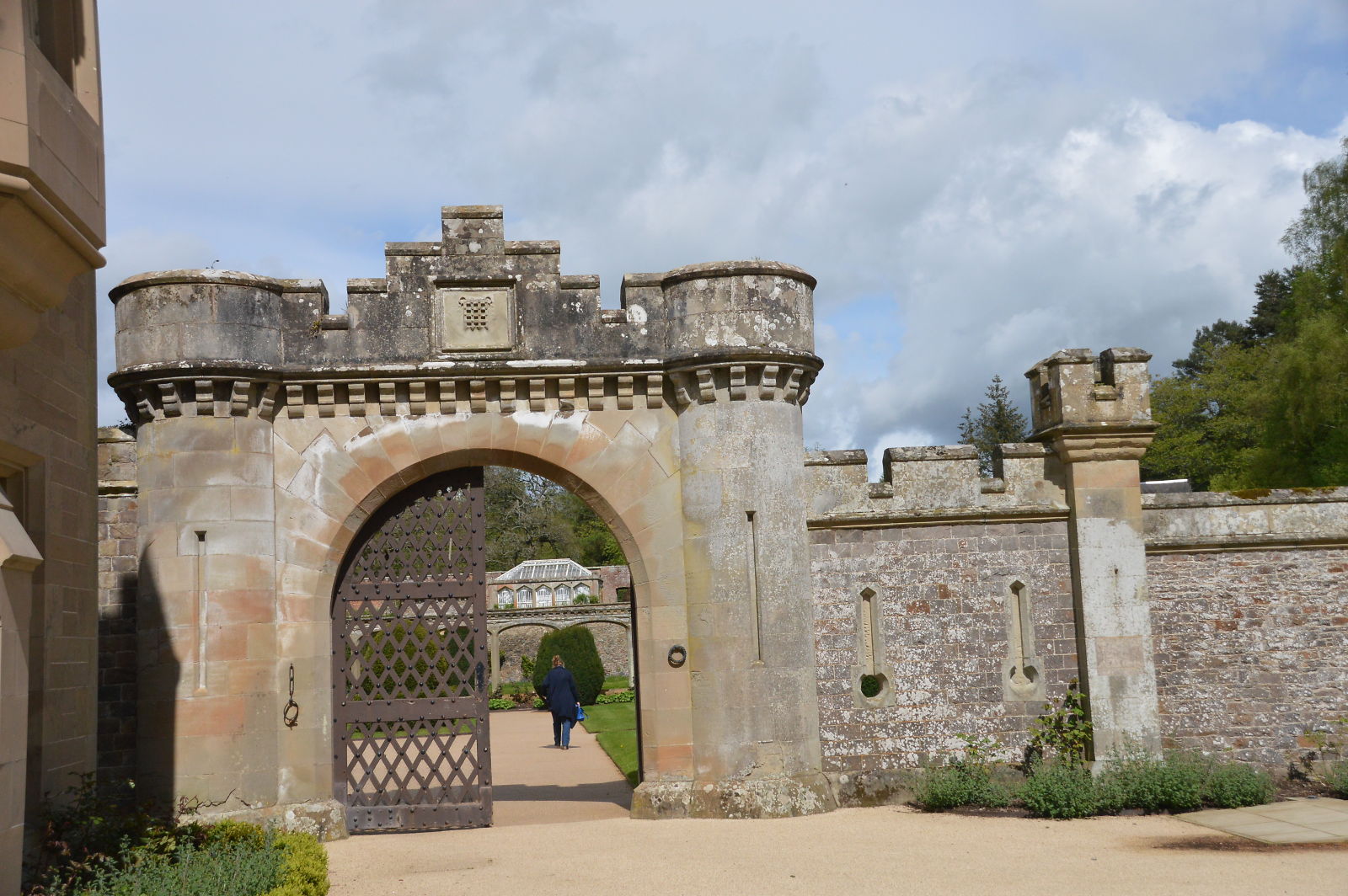