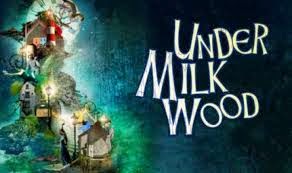 2014 is the centenary of Dylan Thomas's birth and Theatr Clwyd has produced a wonderful adaptaion of the play to commemorate the centenary.

There is something so wonderful about Under Milk Wood, mysterious and hypnotic and this production exceeds every other production I have ever seen.

Terence Hands, the producer, has presented Thomas's "play for voices" as an ensemble of voices at play, with 13 actors assuming the 60 plus roles in an exuberant chorus of poyphonic gossip.

What is so wonderful about the production, which is captivating and engrossing, is that Hands astutely recognises that the real action is contained within the language itself, which pulses and writhes with internal rhyme, alliteration and onomatopoeia.

I don't believe that the audience should try and understand the play, it's best just to enjoy the language and immerse yourself in the beauty and spectacle. Richard Burton, who was originally cast in the omniscient role of First Voice, was surely correct when he observed: "The entire thing is about religion, the idea of death and sex."

The spiralling, circular stage design by Martyn Bainbridge affords a birds-eye view of the town while suggesting the furtive, Freudian undercurrents stirring it up. You draw your own conclusions about Gossamer Beynon, the schoolteacher who thrills to the ticklish sensation of a sailor's "goatbeard"; Bessie Bighead "kissed once by the pig-sty when she wasn't looking"; and Dai Bread who dreams of "Turkish girls. Horizontal". And has there ever been a more poignant image of spinsterly unfulfilment than Myfanwy Price's "lonely, loving hotwaterbottled body"? 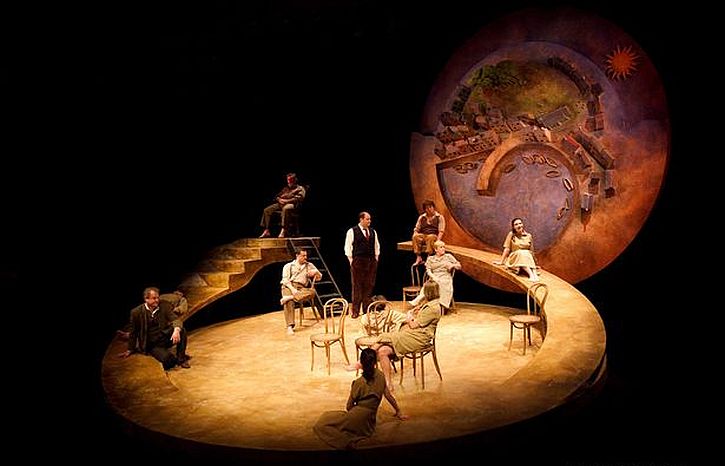 A wonderful evening in Llareggub and a wonderful tribute to Dylan Thomas.
Theatre