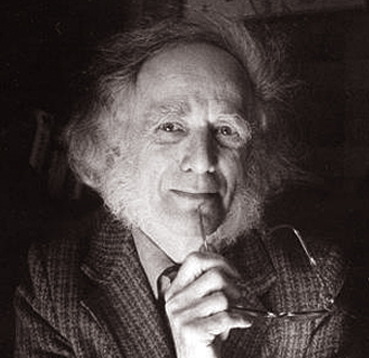 2014 is the centenary of Norman Nicholson's birth and Dove Cottage celebrated with talks by two eminent Nicholson scholars.

It was wonderful to sit in the Jerwood Centre surrounded by books and magnificent views listening to two Nicholson experts sharing their insights into the poet's life and writings.

Kathleen Jones is Nicholson's first biographer, and in her new book, The Whispering Poet, she explores all aspects of his life from his birth on the eve of the First World War in Millom to his death in 1987. In all of these 73 years Nicholson left Millom only once, for any significant length of time, to stay in a sanatorium in Hampshire to aid his recovery from TB. He spent almost two years in Hampshire and then, on his return to the family home in Millom, he settled down into the life of a semi-invalid, spending his time writing, whilst being supported by his father and step-mother.

His writing includes poetry, autobiographical works, prose writing and topography. He loved all aspects of his life in Millom, the landscape, the people, the surrounding fells and even the industry.

Nicholson was a devout Christian, and his early work included religious poems, and plays which contributed to the 'religious drama movement' headed by Eliot and Chrisopher Fry. In his later work he developed deeply original ways of writing about nature, pioneering 'eco-poetry' before the term existed and, in a beautifully-written prose volume, Provincial Pleasures, offering a vision of meaningful, ecologically sustainable community life at a time when Britain was embarking on a future dominated by motorways, supermarkets and 'globalisation'.

He spoke about these lives in poetry that was simple, direct, colloquial and earthy. Like his Cumbrian forbear, Wordsworth, he believed in poems written in the language of a man "talking to men", frequently making use of dialogue and vernacular words in his work.

Ian Brodie, former Director of the Friends of the Lake District, and author of the forthcoming book Norman Nicholson's Nature, argues that Nicholson believed that nature was not just about geology and wildlife, but also people, industry, agriculture and the reclamation of post-industrial landscapes. Brodie postulates that Nicholson should be regarded as a nature poet in the tradition of Wordsworth and the Romantics.

Both speakers were highly enjoyable and gave real insight into the life and poetry of Nicholson. I felt inspired to read more of Nicholson's poetry and to re-read his topographical writings. I've also got, but never read, the semi-autobiographical work, Wednesday Early Closing. I can feel a bit if a Nicholson wallow coming on!
Books Places