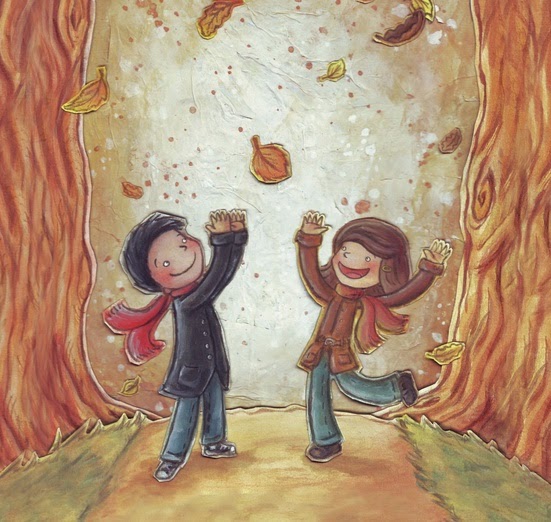 The incident led to accusations on Twitter that autumn had been cancelled by Westminster, when a female worker on a step ladder was spotted taking down yellow leaves, one by one, from a circle of lime trees.

Although typical winter temperatures have not yet arrived in London, the gardener stripped bare the trees that border the square below Big Ben, instead of allowing them to fall naturally. Asked about the decision, a Commons spokesman said: “If we waited for the leaves to fall off it would waste a lot of time raking them up. It is more time efficient.”

It just so happens that I am reading Antonia Fraser's Quiet as a Nun novel at the moment where investigator, Jemima Shore is revisiting her old convent school. As she drives up the long gravel drive to the convent she notes that the grounds are immaculate and remembers that it was in the Autumn that she first arrived at the Convent with her mother and "walked ...from my parents' leaf-strewn autumnal garden, which had a kind of rich self-made compost under-foot throughout at this season, through to gardens where evidenly no leaf was permitted to rest for very long before being tidied away." Jemima's mother comments "the nuns must catch the leaves before they fall." At this point Jemima and her mother notice a nun "carefully catching a leaf long before it fluttered to the ground.... she put it carefully in a pocket, or anyway somewhere in the recesses of her black habit."

So, the gardeners at the House of Commons aren't the first to indulge in this slightly mad activity....
Books Garden