Rydal and the Coffin Route

Posted by Chris on November 16, 2014
There isn't much daylight at this time of year and we're fitting in walks in Sunday afternoons even though the sun is setting at about 4.00pm.

Today's was a walk of two halves and ended up being a little longer than we planned.

We started at the western end of Rydal Water and walked along the path to the south of the lake. The weather was dry and still and very slightly misty. The lake was like a millpond, reflecting the surrounding hills which were covered with ferns and heather in beautiful autumn colours. 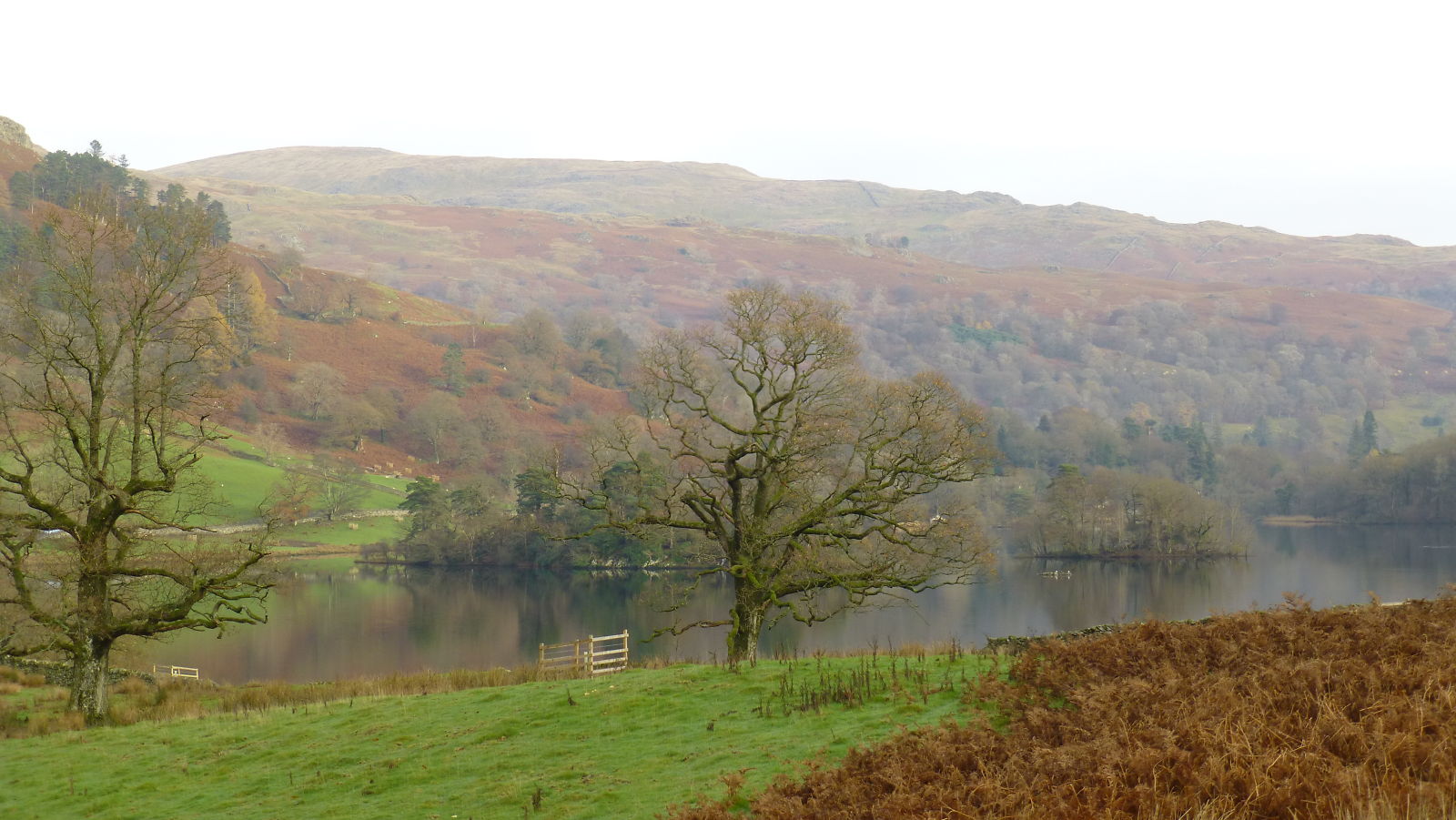 The path round Rydal has been improved recently and the first half of our walk was fairly brisk. We crossed the main road at Badger Bar and walked up through Dora's Field and the church yard and then up the steep road towards Rydal Mount, Wordsworth's home for almost half of his life. 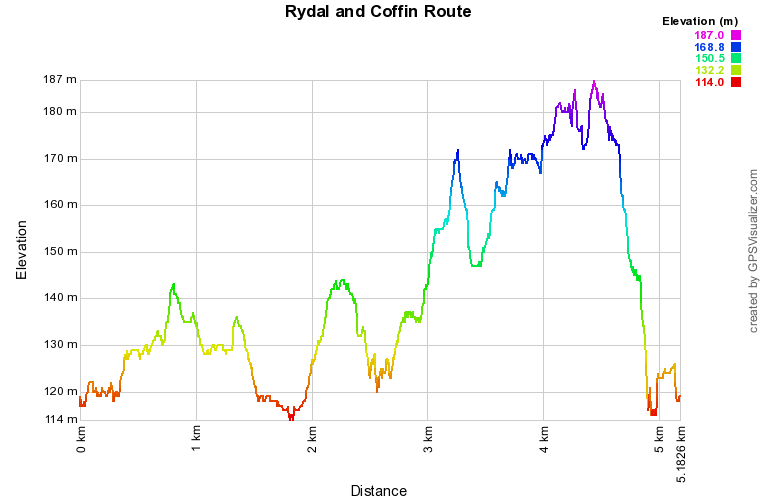 The second half of the walk was quite different as we followed the path that runs behind and above the modern road, known as the Old Coffin Route. Before the church was built in Rydal, coffins had to be taken to Grasmere for burial and this is the path which was used.

The path starts behind Rydal Mount (roughly the 2 km point on the elevation profile) and is surprisingly undulating: it must have been difficult carrying the coffins as the path meanders through the woods, eventually ending up at Dove Cottage and then on to the old church in Grasmere.

We didn't follow the path all the way to Grasmere, instead taking a left turn and dropping back down to the main road and the car park. Just before the road we had the treat of an impressive waterfall next to the path.