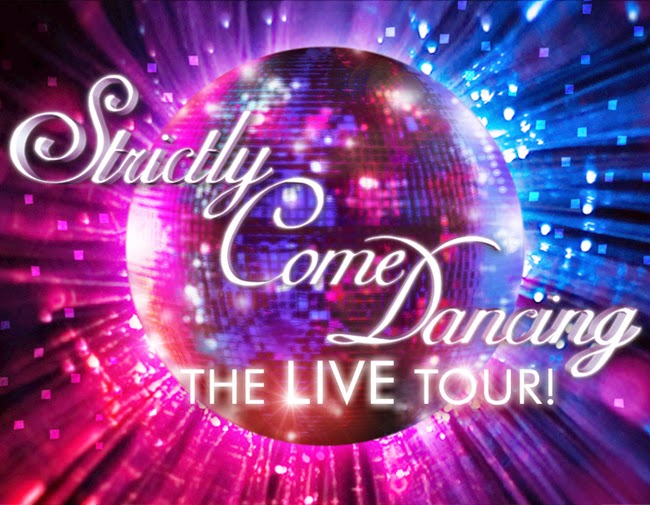 So, what's the best way to banish the January blues? Strictly on Tour, of course!

A large dose of glitter and sparkle was just what we needed on Sunday and Strictly provided an escape from rather dreary everyday life.

This was the first time we had been to a Strictly Live Tour but our friends were old hands and had ensured we had excellent seats from which to enjoy the spectacle.

The line up included celebrities from the 2014 series as well as Rachel Stevens standing in at short notice for Frankie Bridge.

The celebrities and their professional partners were fab-u-lous, dahling! To quote Craig Revel Horwood, who was one of the three judges. He was joined by Tom Chambers, winner of 2008 Strictly, and Camilla Dallerup. The show was presented by Zoe Ball.

The show was totally captivating and we all thoroughly enjoyed our dose of pure escapism. Simon Webb was crowned the winner which was delightful and seemed only right, as he was dancing in his home city.

We're booking tickets for next year as soon as they're available.....
Lovely stuff