Posted by Lindsey on February 26, 2015
February is always a romantic month for us. It's our wedding anniversary and Valentine's Day. So, as an Anniversary and Valentine treat we decided to spend one entire weekend visiting houses of significant literary figures in the Lakes, Manchester and Yorkshire. It's always fascinating to snoop around these houses imagining how writers lived and what they did when they weren't writing. We selected three main places to visit, the Armitt Museum and Library in Ambleside, Haworth Parsonage and Elizabeth Gaskell's house in Manchester.

First on our list was the Armitt Museum in Ambleside. The Armitt Museum is named after the Armitt sisters - Annie, Louie and Sophia who lived in Ambleside in the Nineteenth century. The Museum is home to a wonderful collection of books covering all aspects of life in the Lake District - history, literature, geography, history, folklore and mountaineering. This collection, with important gifts of books, together with the Ruskin library, given to them thirty years previously, and amalgamated with the old Ambleside Book Club of 1828, forms the nucleus of the Armitt. and this has been added to over the years. 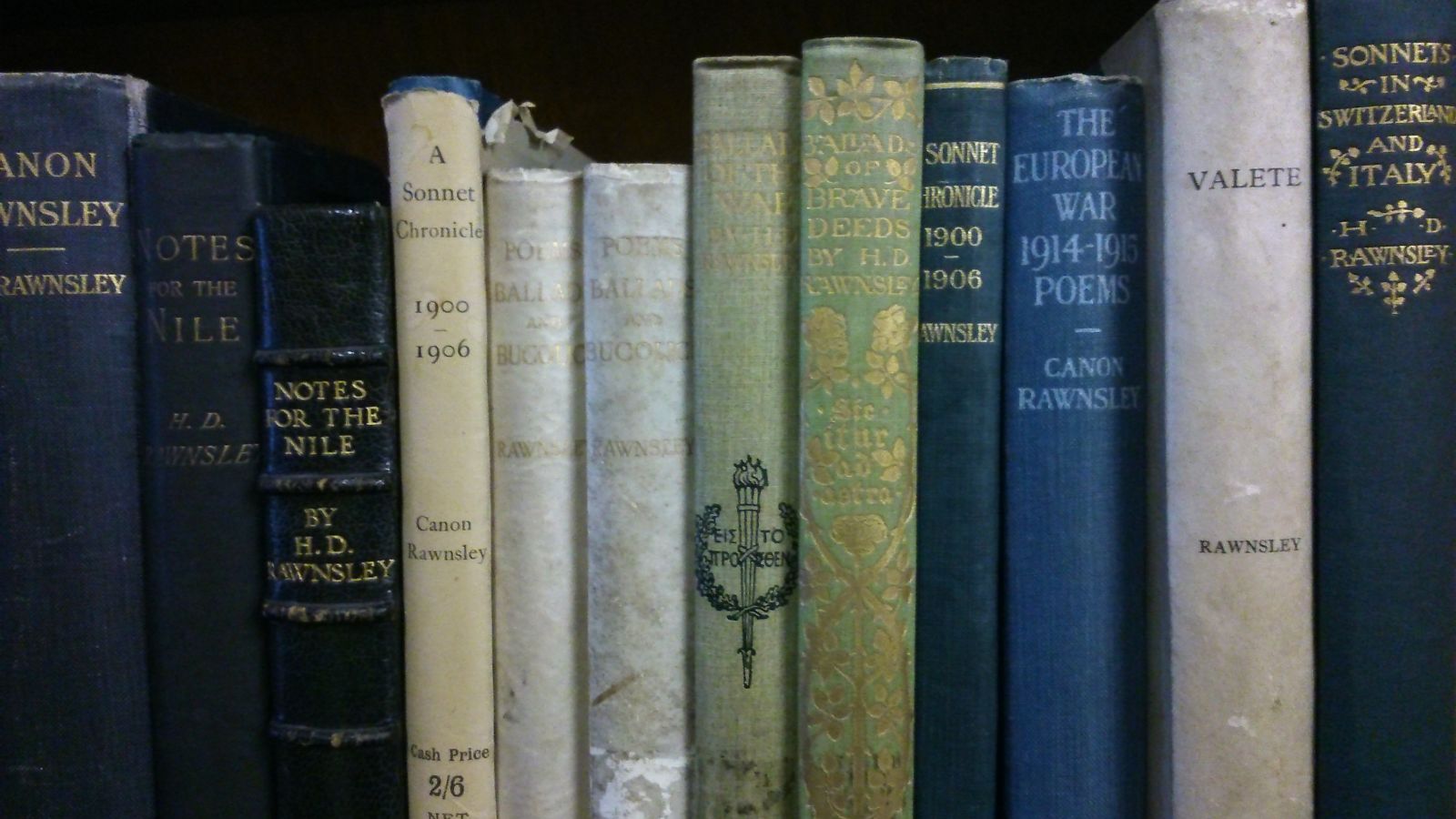 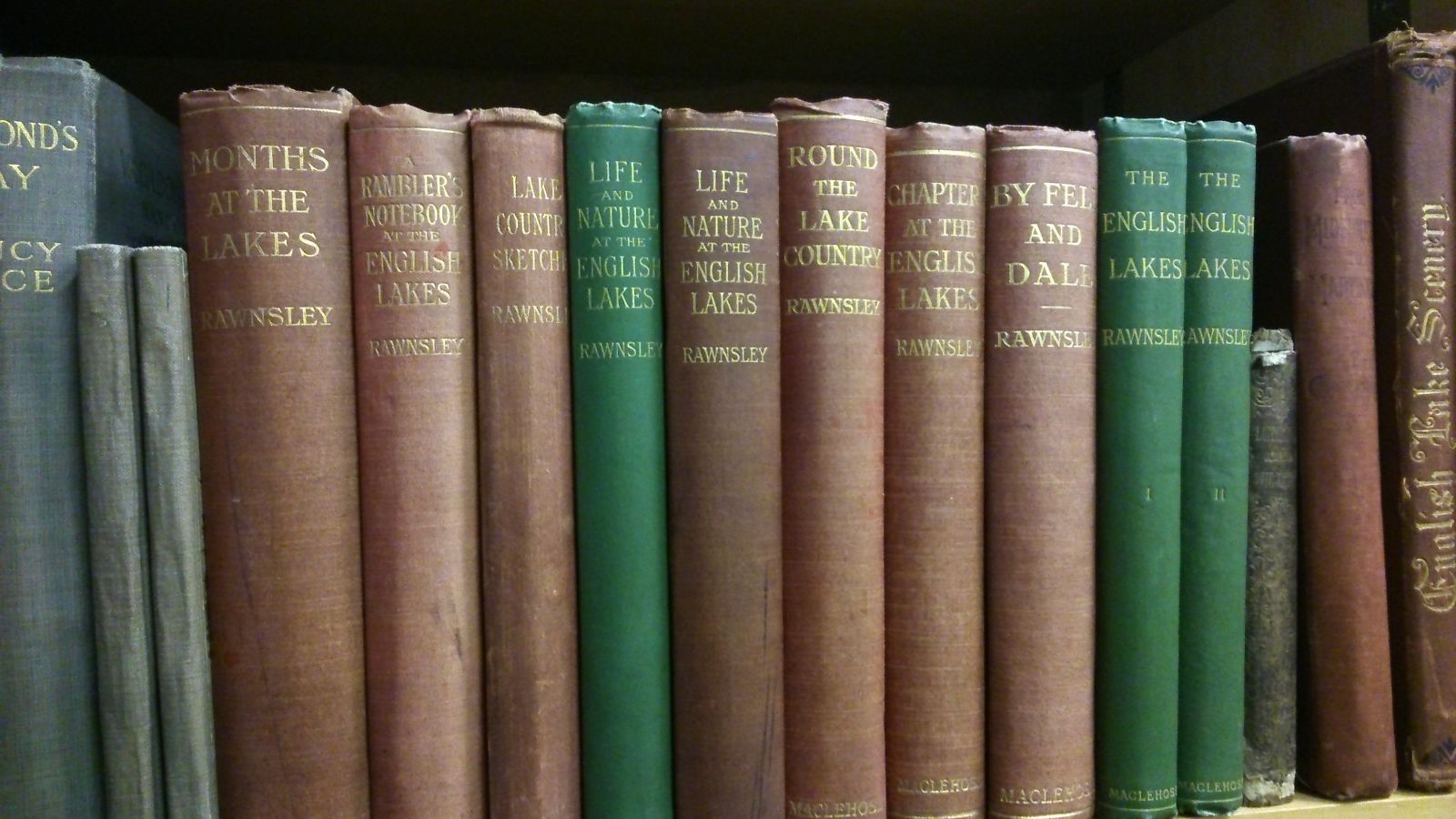 The Armitt Musuem reminds us that Ambleside was a literary hub in the Nineteenth century, home to Ruskin, Canon Rawnsley, Beatrix Potter, Harriet Martineau and the Coleridge and Wordsworth offspring.

On Saturday we travelled over to Yorkshire to Haworth to visit the Bronte Parsonage. I haven't been to the Parsonage since a school trip many years ago and it has changed a great deal since then! The Parsonage has had a major facelift in recent years. It was a bit unfortunate that we were following a large group of Japanese students round the exhibitions. The students were fine but their teachers were a bit eccentric, to put it mildly! 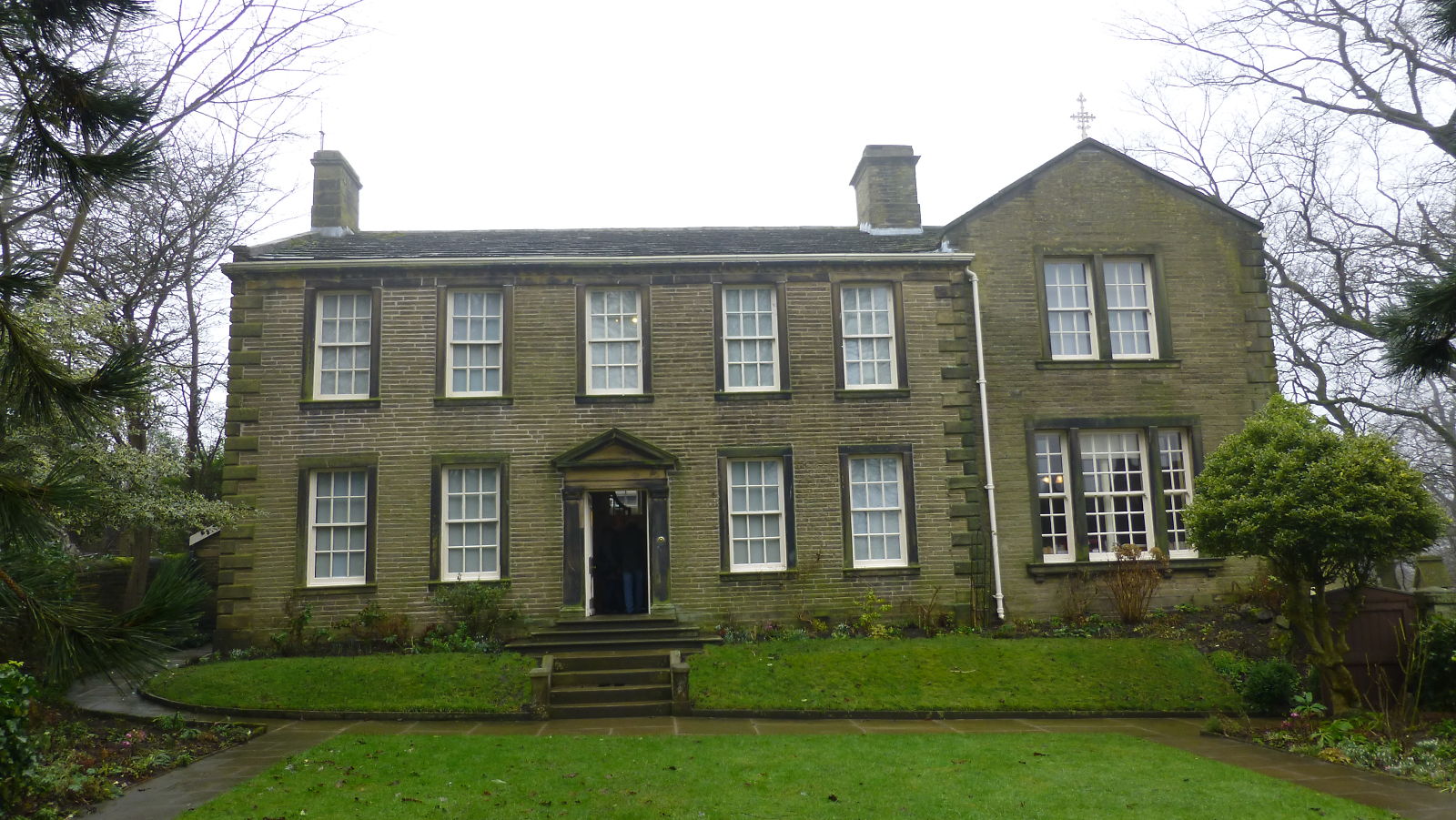 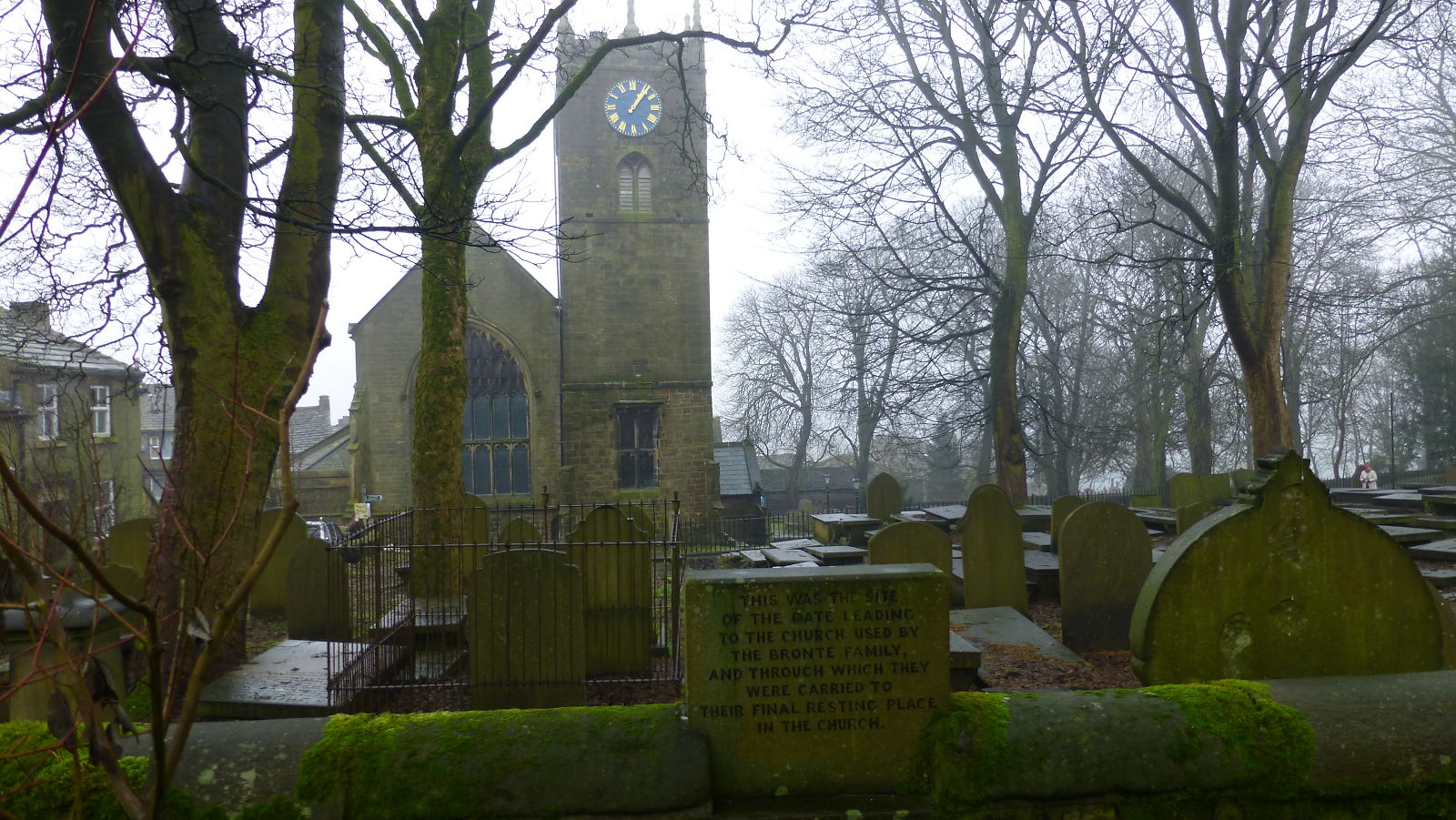 I love the Brontes, not Wuthering Heights or Jane Eyre strangely, but Villette and Agnes Grey as well as Anne's poems. Unlike many of my friends I have never been bowled over by the dark, saturnine hero! But I have always loved the concept of the mad woman in the attic and the impact that Jane Eyre had on literature and the female heroine.

We completed Saturday with a trip to Saltaire and Salt's Mill, with a meal in Salt's Diner and a good browse in the Early Music Shop and the Bookshop - bliss!

Finally, on Sunday, we made our way to South Manchester and Elizabeth Gaskell's house. The house has only recently opened after a massive refurbishment. I think this turned out to be my favourite part of the weekend. The house has been restored beautifully and the volunteers and staff who welcomed us were knowledgable and helpful. We poked around every nook and cranny, imagining how it must have been in the Gaskells' days. It was in this house that Elizabeth Gaskell wrote most of her novels including Mary Barton, North and South and Ruth. 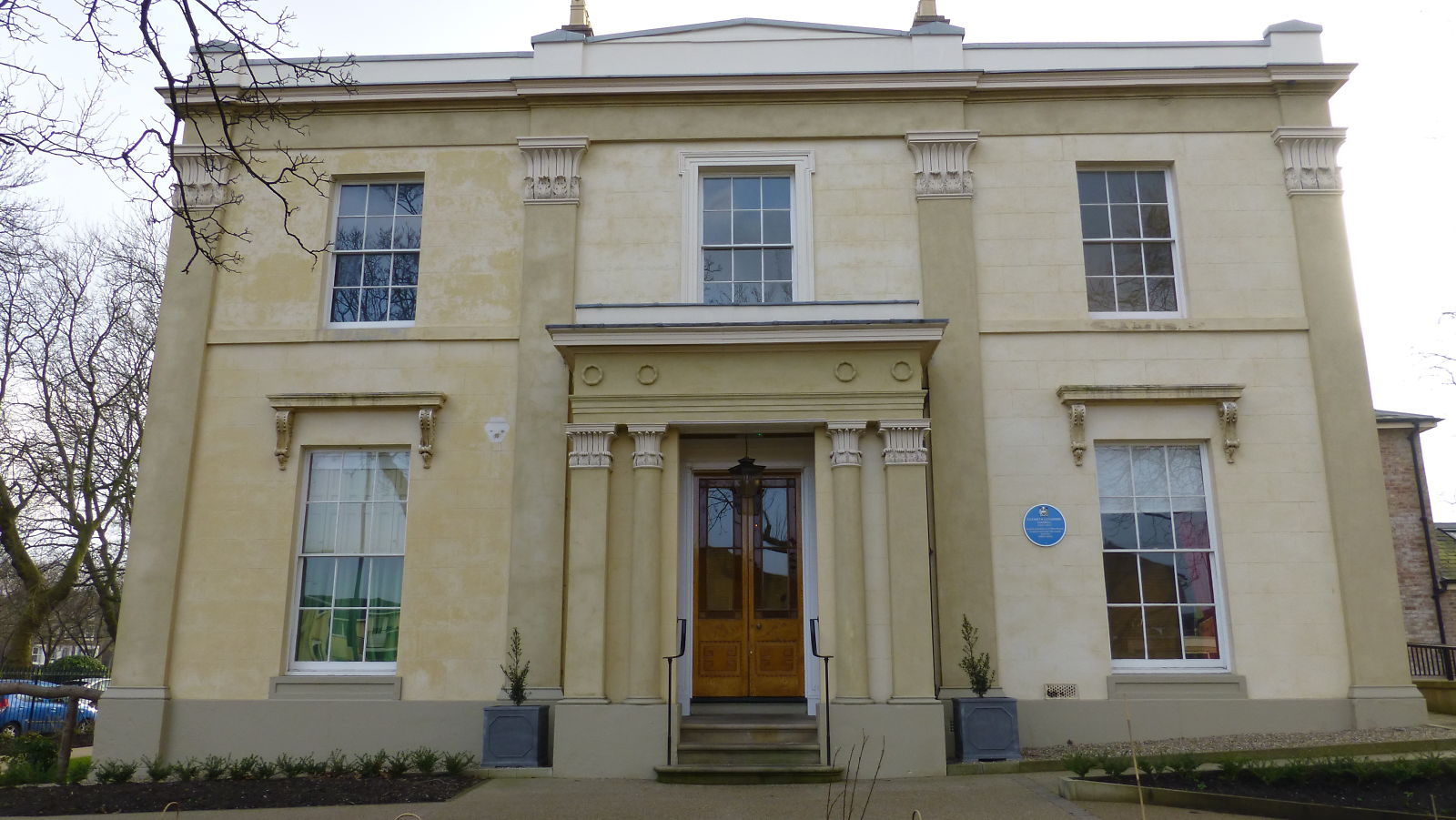 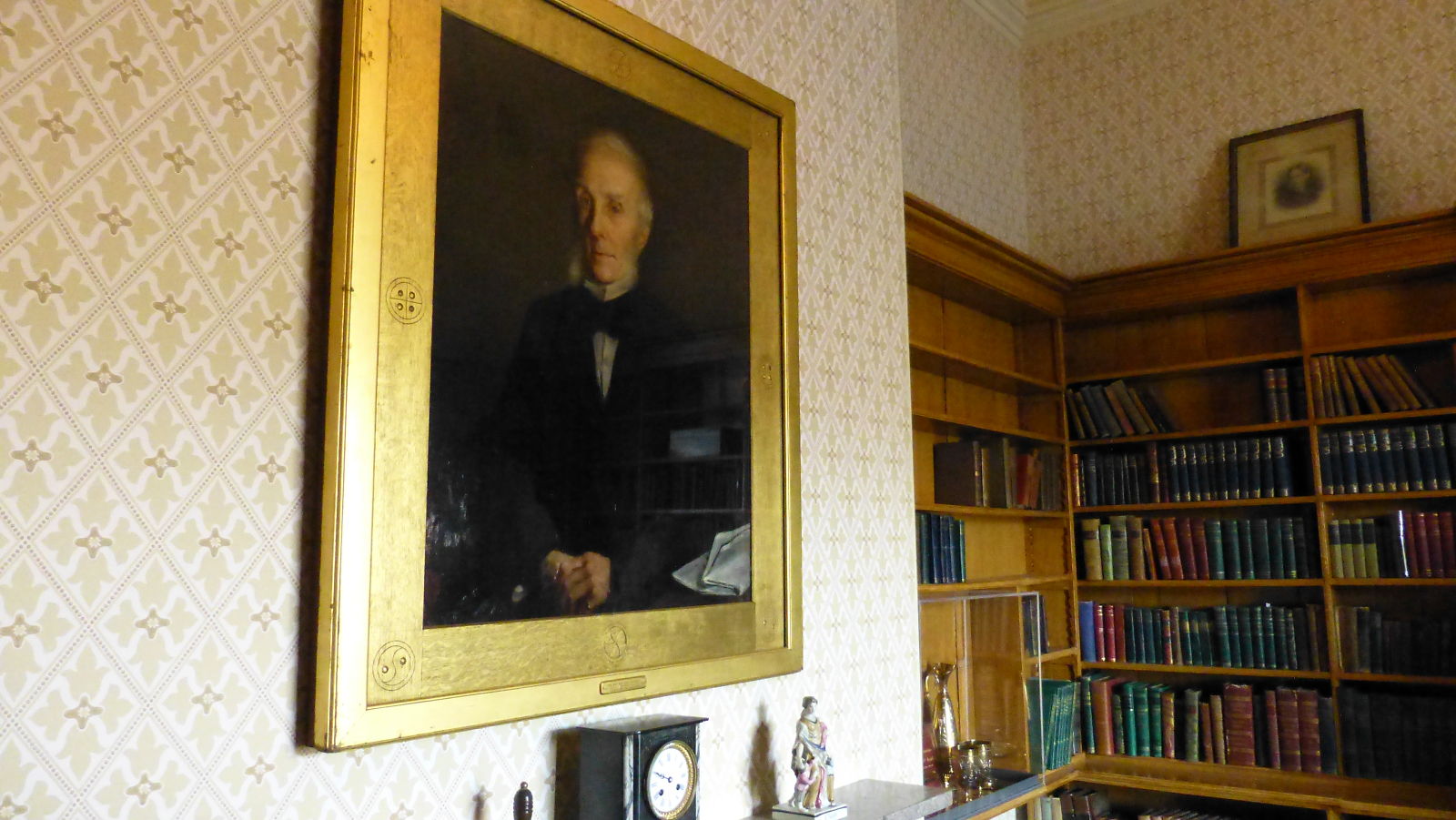 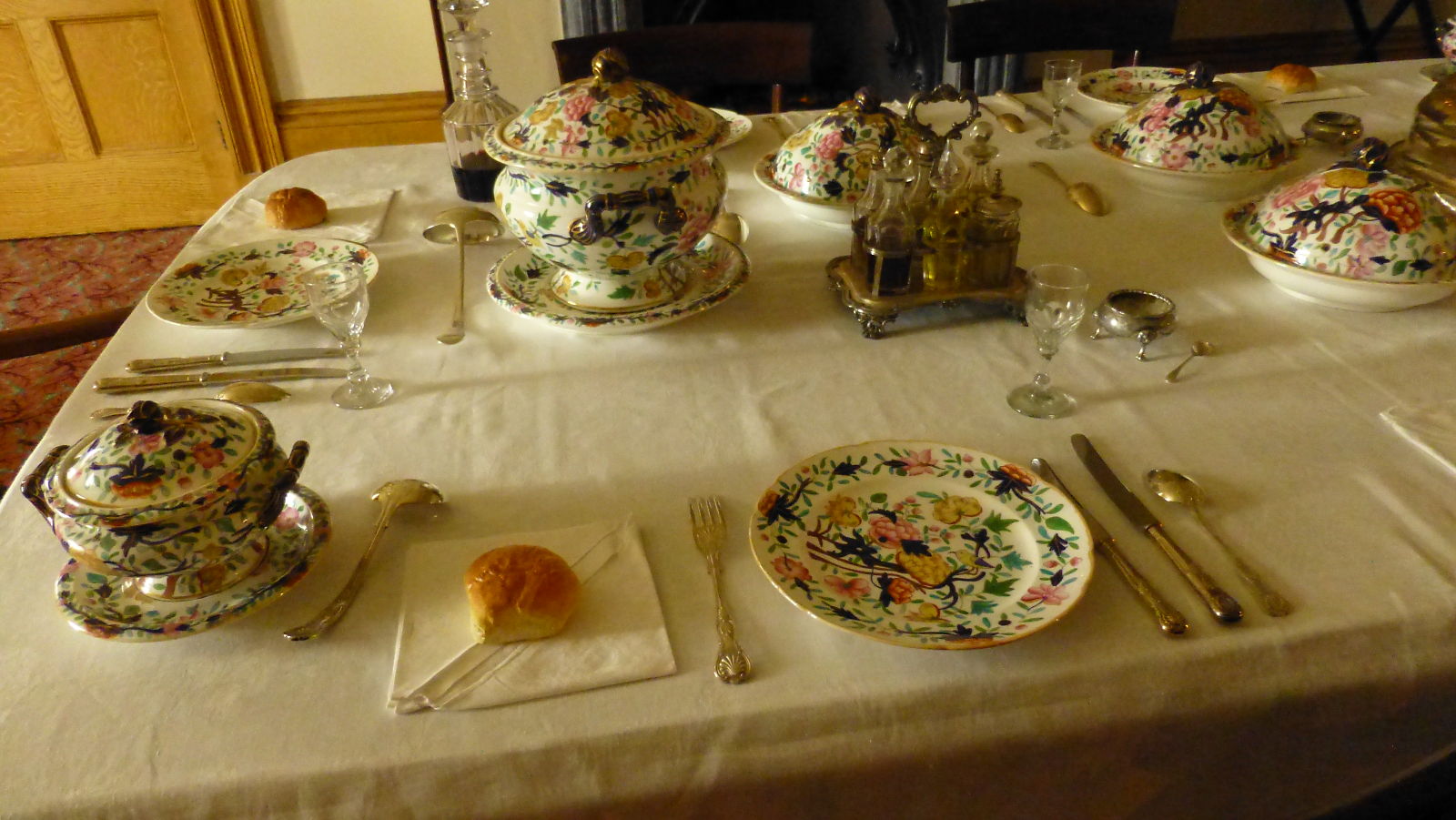 At the end of a wonderful and inspiring weekend we settled down to enjoy a BBC adaptation of North and South - fabulous!
Books Places