Posted by Chris on May 20, 2015
Last Saturday we headed north and explored a few old - and not so old - ruins in north Cumbria. 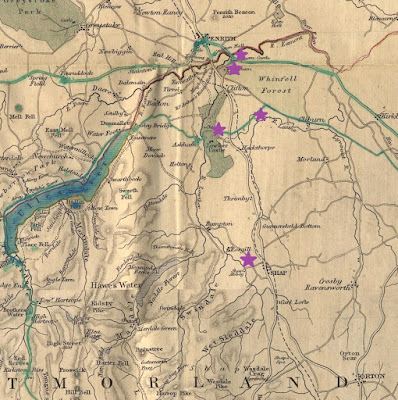 First stop was Lowther Castle, south of Penrith. Built in the early 19th century it fell into disuse in the 1930s. During the war it was used as a secret testing site for the Canal Defence Light tank and then became a complete ruin in the 1950s. More recently, work has been started to restore the castle to its former glory. It's slow work and, today, the ruin is still looking very sad. 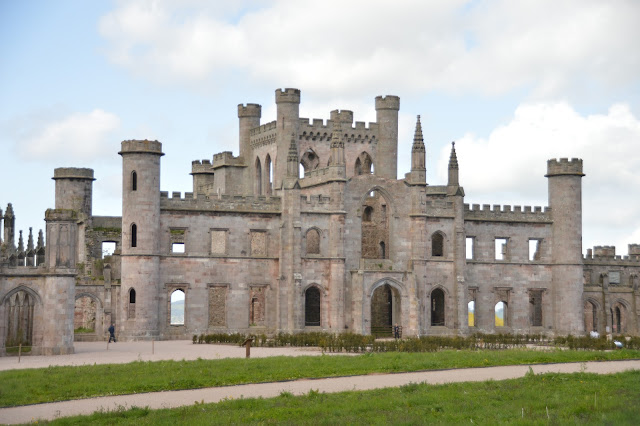 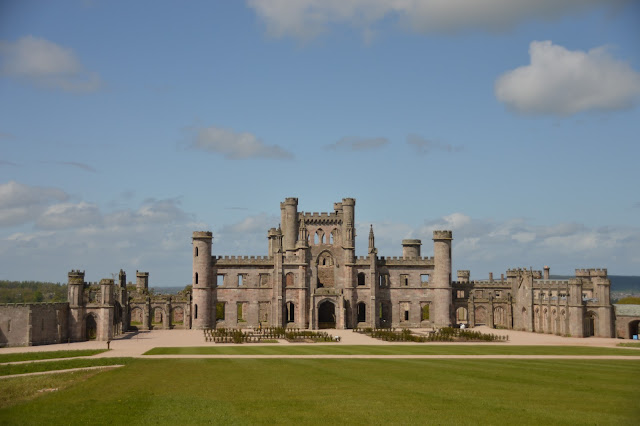 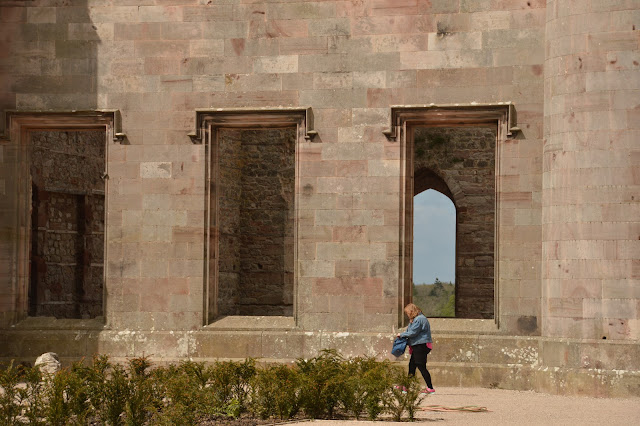 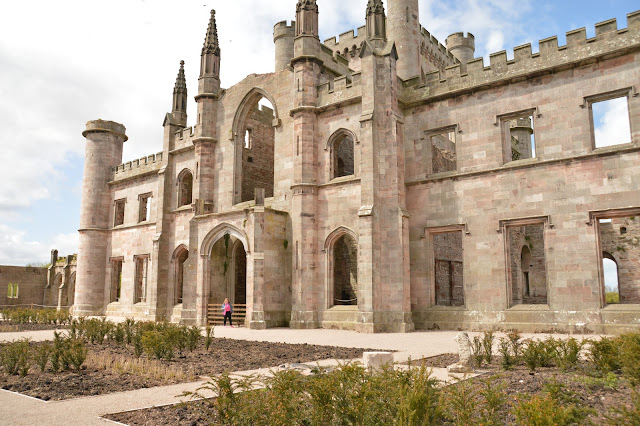 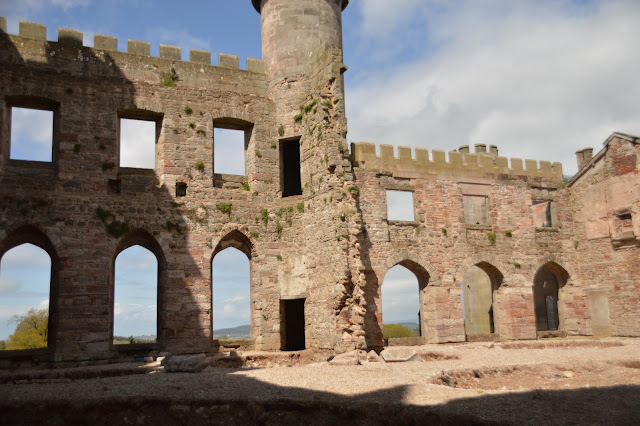 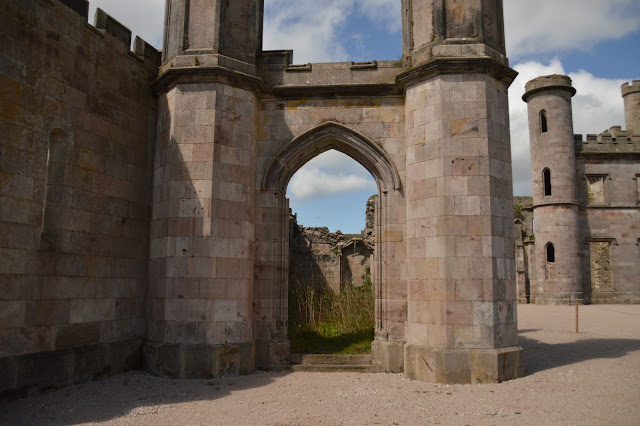 We were left a little saddened by Lowther and were cheered up by the bright yellow rapeseed field which we passed as we left the village. 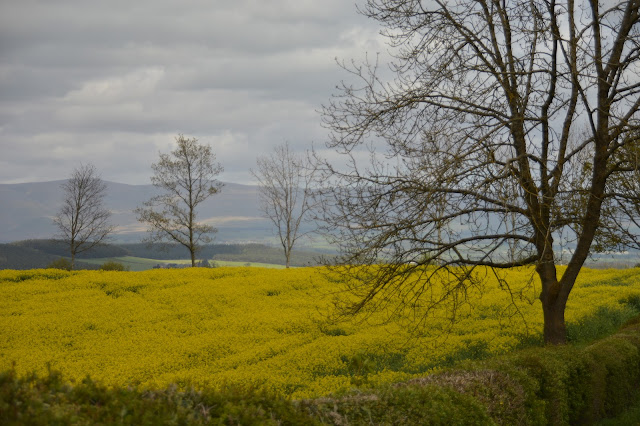 Next stop, a short distance away, was Larch Cottage Nurseries, somewhere we try to get to at least once each year. As well as selling a world class range of plants, the nursery is beautifully landscaped. The owner has built his own 'ruins' across the nursery which gives it real character. 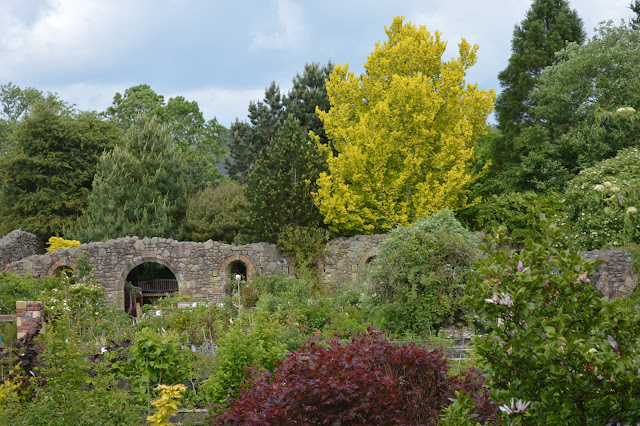 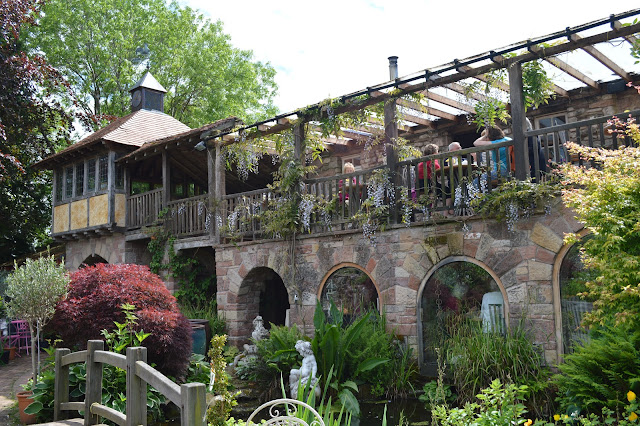 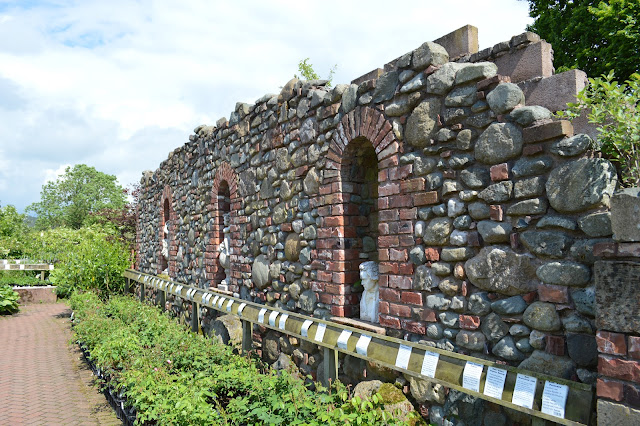 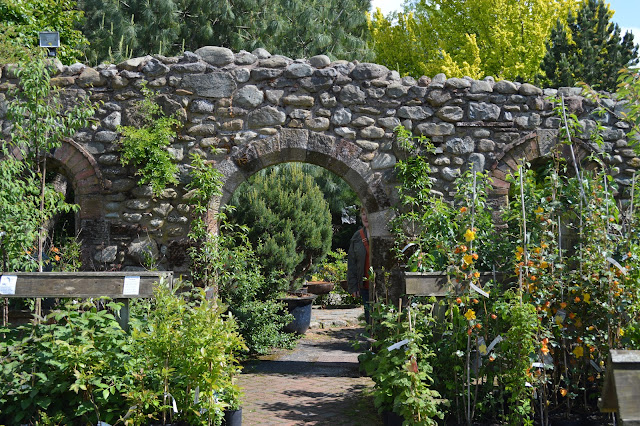 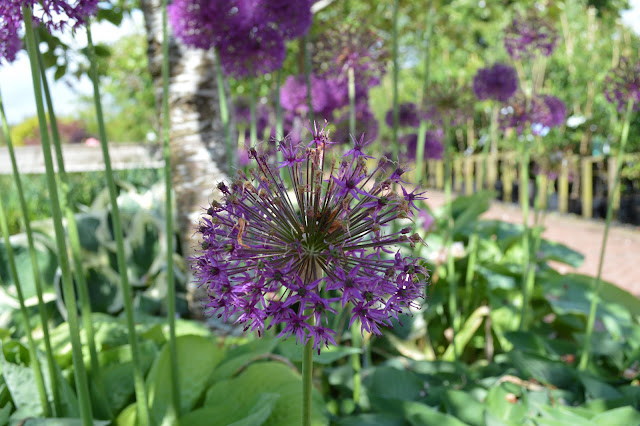 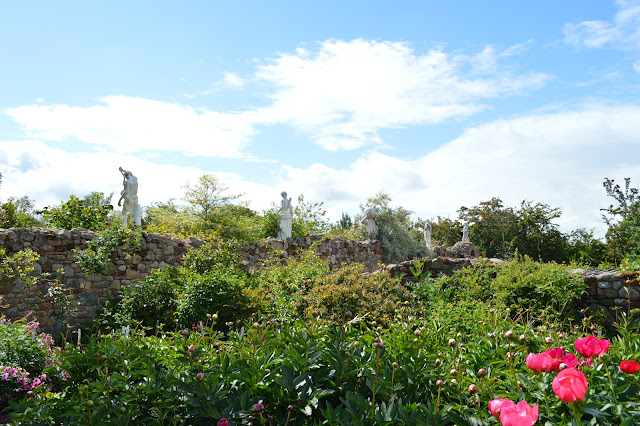 After picking up some roses we went to the castle at Brougham (pronounced 'Broom'), near Penrith. Dating from the 13th century there are still some substantial ruins all built from the deep red north Cumbria sandstone. 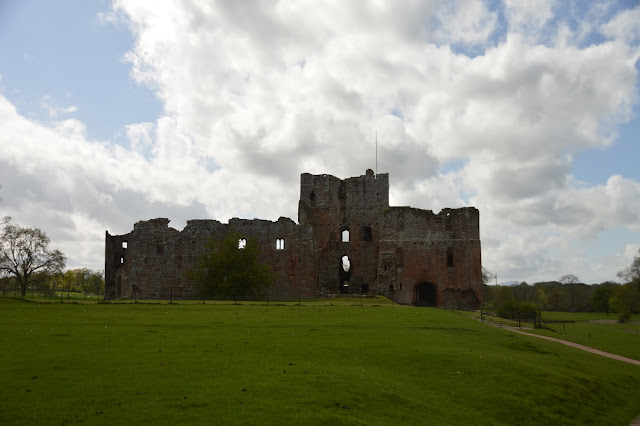 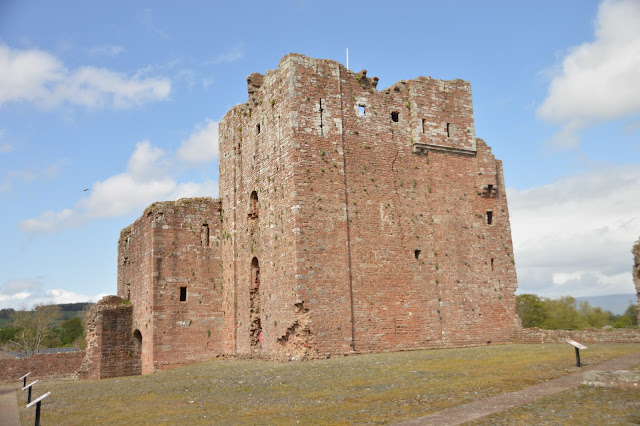 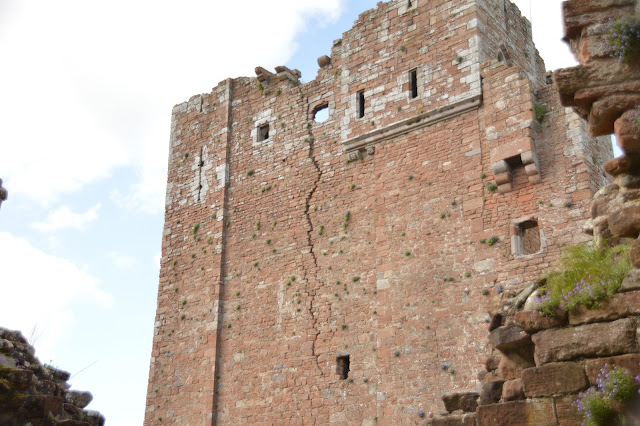 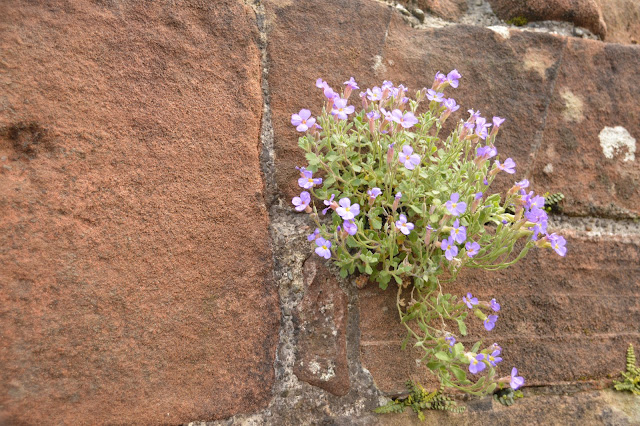 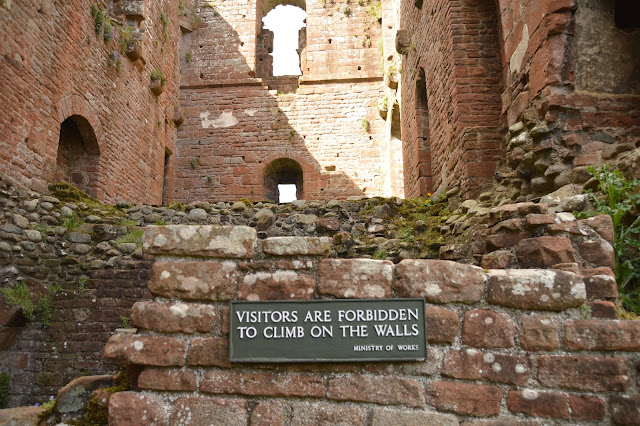 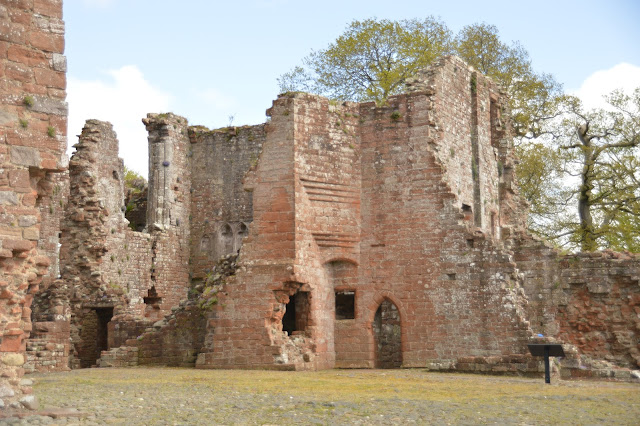 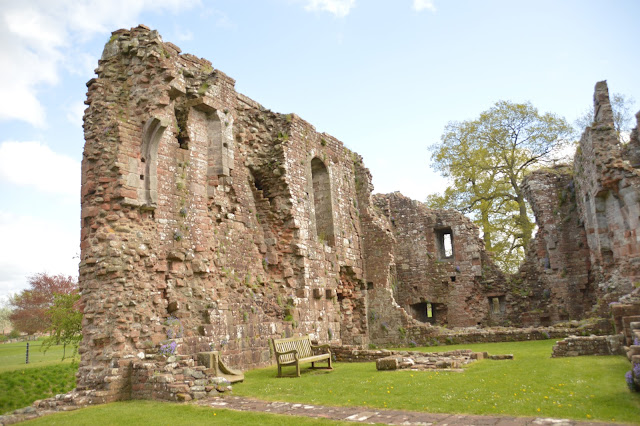 Nearby are the ruins of Brougham Hall, a 15th century Tudor building which - like Lowther Castle - was requisitioned by the military and used for the development of the secret tank and then fell into ruins in the 1950s. There isn't really much to see today but there is an optimistic project underway to restore the hall to its former splendour. 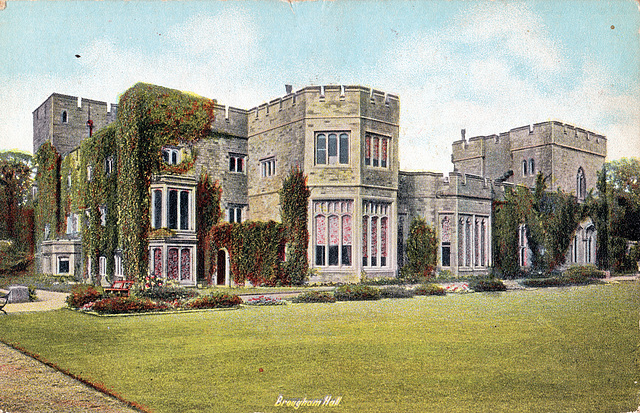 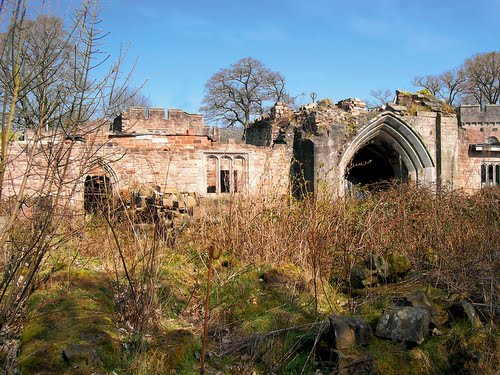 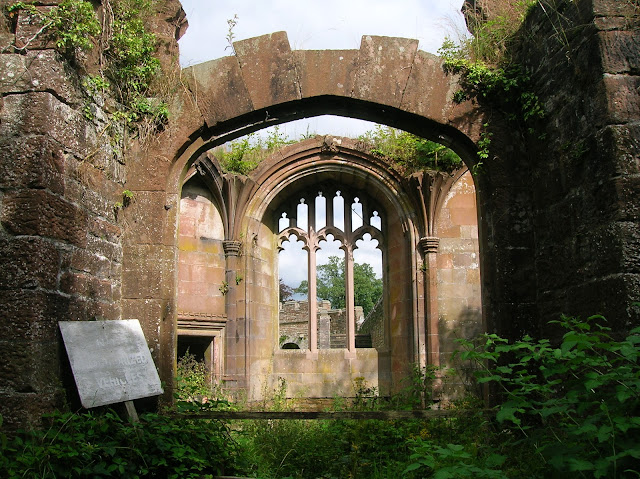 Finally, heading south from Brougham we stopped at Shap to make a return visit to the abbey ruins. The setting, in a valley almost hidden from view, is quite spectacular. Although not much remains of the original 12th century building, there is enough to help you imagine the life of a monk in this isolated location. Society must have been turned upside down when Henry VIII dissolved the monasteries and these powerful economic hubs were removed. 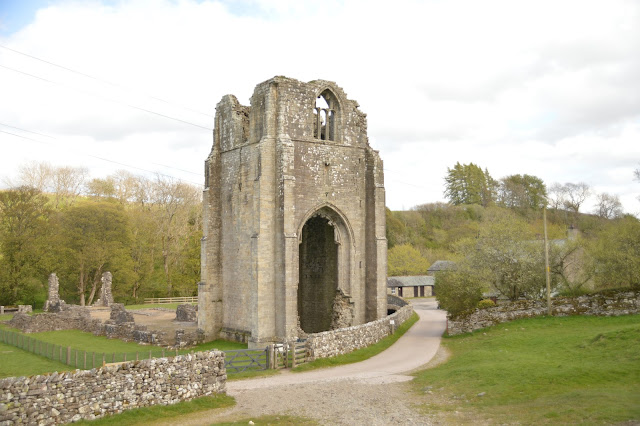 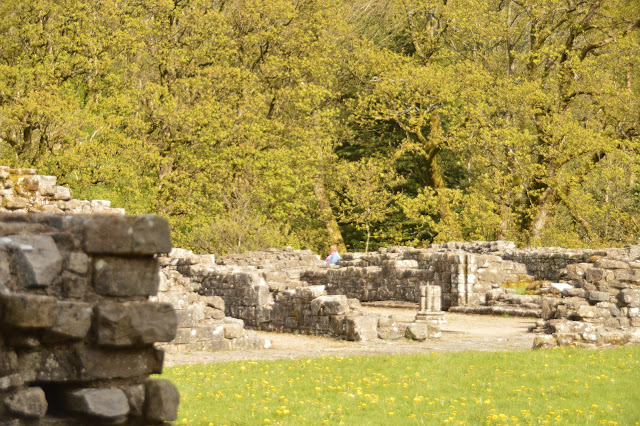 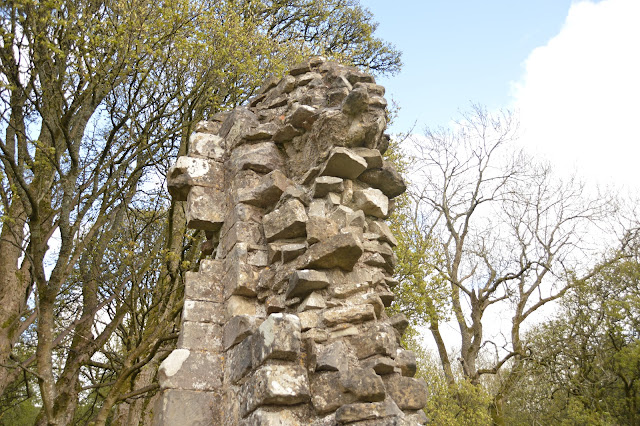