Posted by Chris on July 19, 2015
While I was gardening this weekend I kept seeing something moving out of the corner of my eye. After a while I realised it was a young bird, a robin, following me around and especially interested where I was weeding. He followed me all round the garden, perching on garden tools, and reminded me of Peter Rabbit's friend. 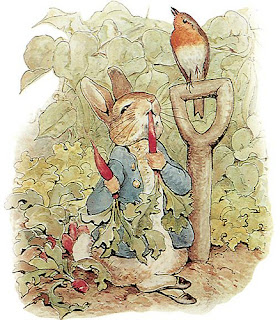 He got increasingly confident and by Sunday he was following me around like a puppy. He was happy to pose for photos and I started to worry that he might become too tame. 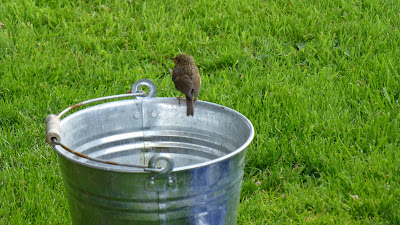 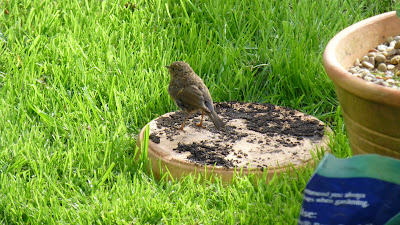 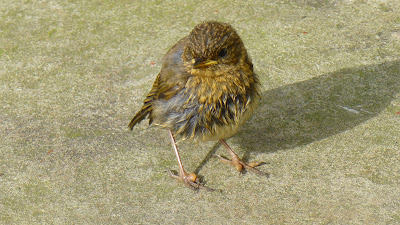 And then I read something in The Guardian and I felt a little less special.

When the robin was voted the UK’s national bird last month, we chose to celebrate half of a broken relationship. The robin evolved to make use of wild boar, preying on the worms and insects exposed by their grubbing. But boar are mostly absent from the UK, so the robin’s survival depends on finding the next best thing: human gardeners. You and I are just fake pigs.