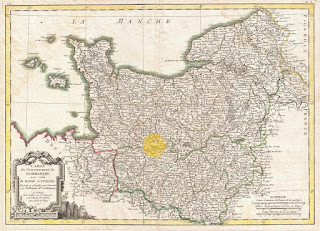 My brother has recently bought a house in Basse-Normandie and, as our sister-in-law was celebrating a 'big birthday' there, we thought it would be a good time to visit.

The house is on the edge of the village of Champsecret, surrounded by fields of grazing cattle and tall maize. Having not been to this part of Normandy before, we had hired a car so we could explore the local area which is rich in apple and pear orchards (for cider, poiré and Calvados) and lush pastures (for Camembert, Neufchâtel, Pont-L'Evêque and Livarot).

The nearest town is historic Domfront which is built on a hill and was formerly defended by its château, now ruined. The town's medieval centre is a maze of narrow streets lined with timbered buildings, many of them very old. 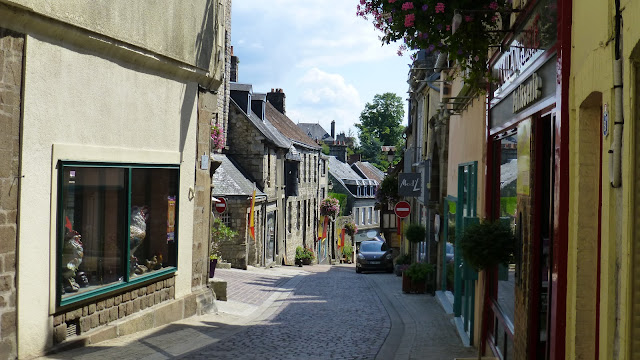 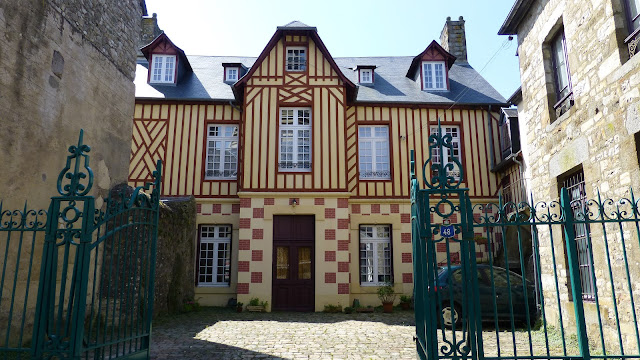 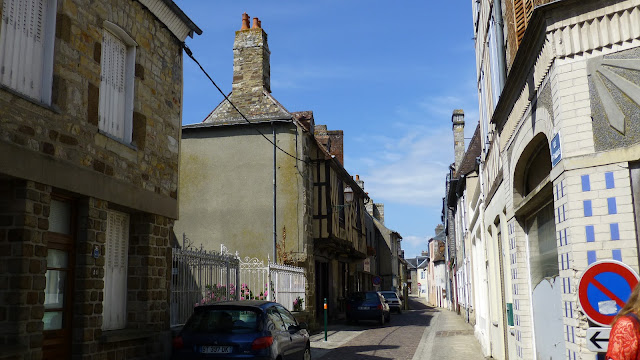 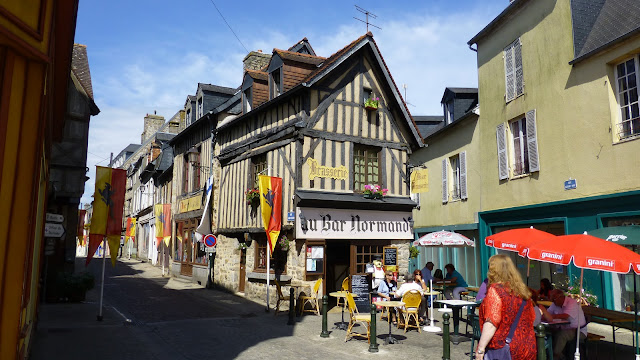 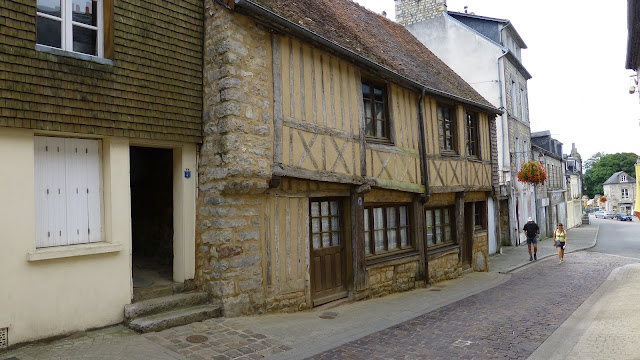 Located at the top of an escarpment, Domfront has been a strategic site for at least 1,000 years and the château dates from the early 11th century. There are strong connections with William the Conqueror and his son Henri Beauclerc, later King Henry of England. The ruins have been recently restored and a small park now surrounds them so we took a picnic to eat under the shade of the trees. 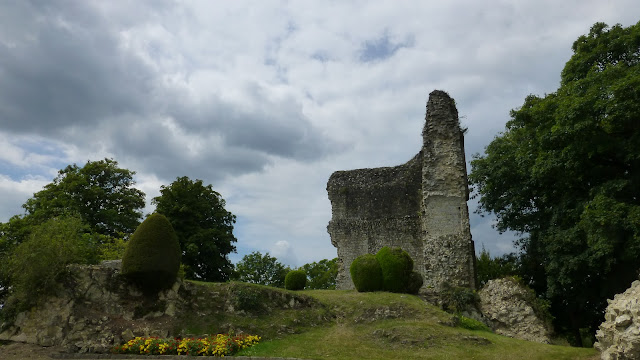 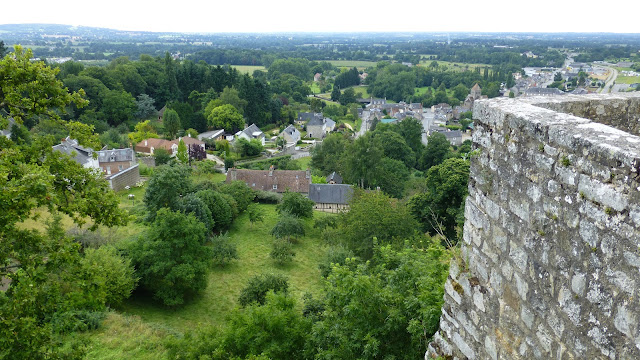 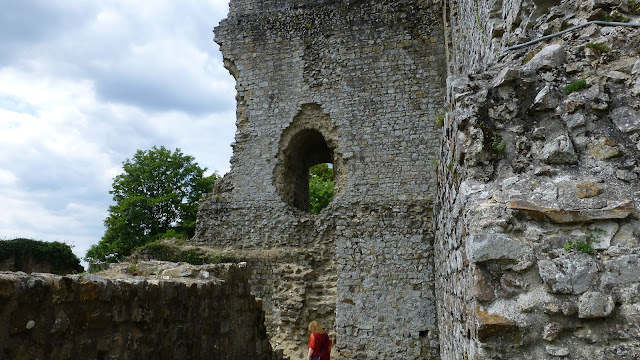 Next day we went to Lassay-les-Châteaux, a small, pretty town just in the neighbouring region of Pays de la Loire. It has three separate castles, two of which we visited. The first, Château de Bois-Thibault, is half a mile or so outside of the town 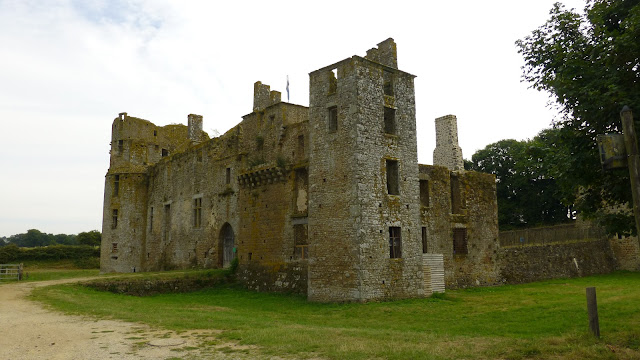 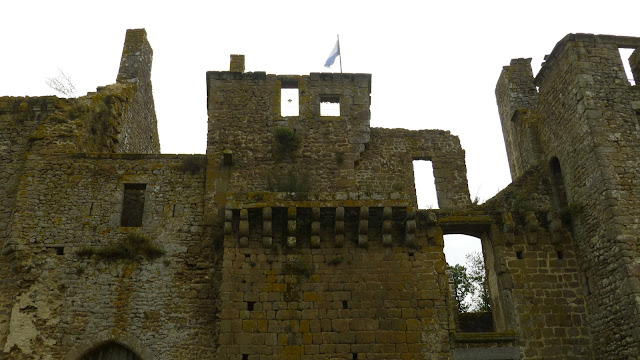 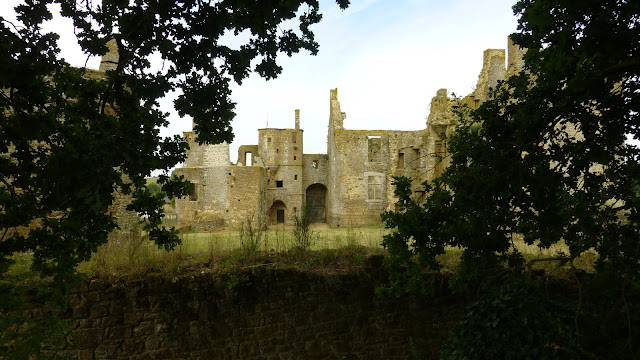 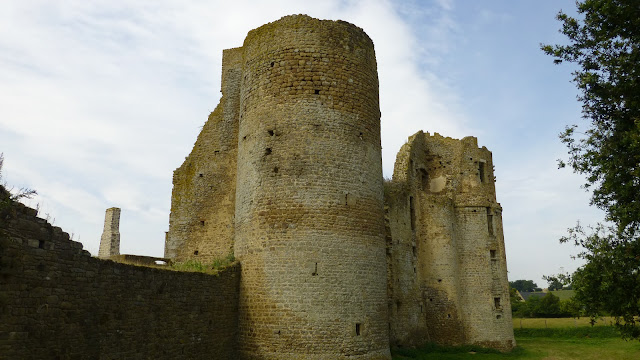 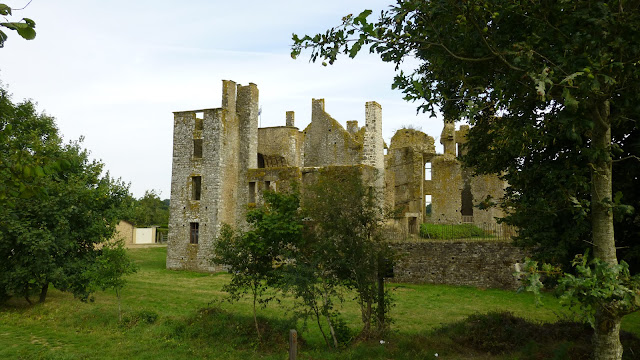 The historic town itself is very pretty and we enjoyed wandering around it. We arrived at about midday and, as we are in France, everything closes for lunch between 12 and 2 - even the 8-til-late shop. Except for the bars and food establishments, of course, so we made a picnic from some frites and a couple of confections from the patisserie - a meringue and a tarte au pomme - and sat near Château Lassay, waiting for it to reopen. 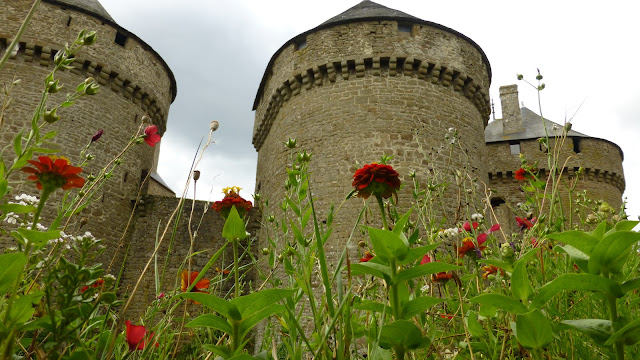 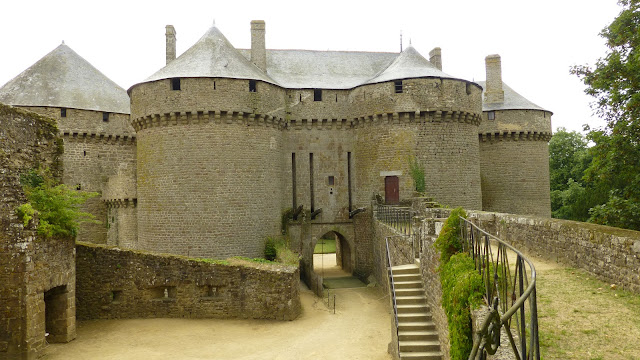 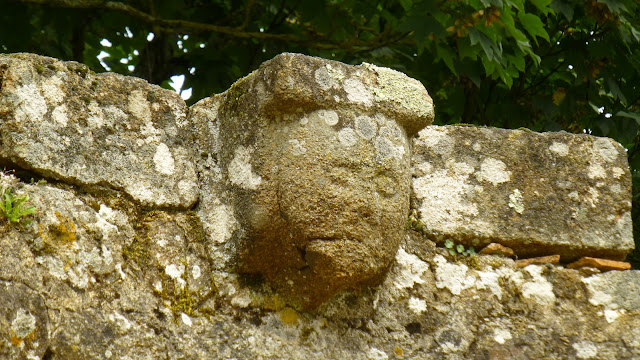 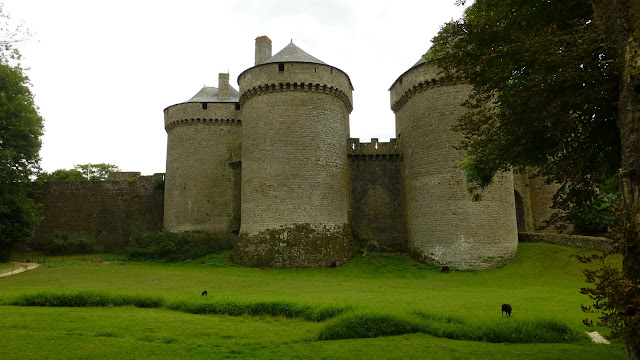 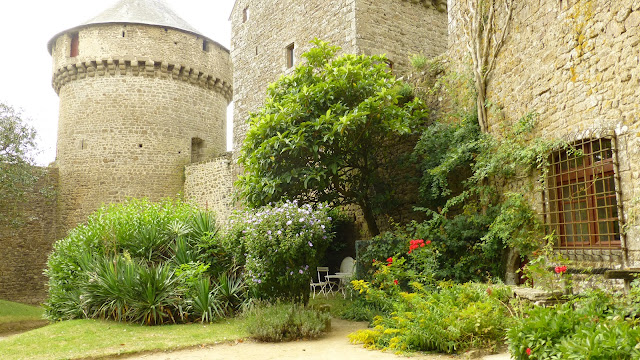 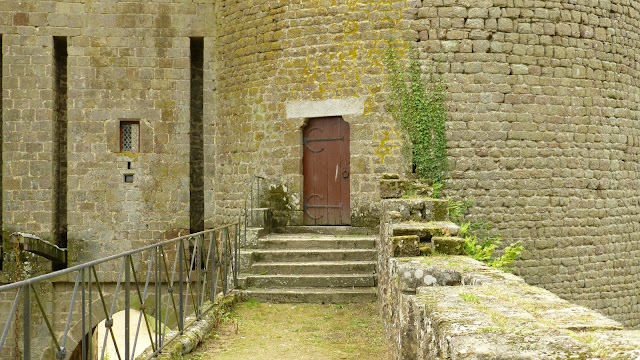 Finally, on our way back to Champsecret we stopped off at Bagnoles de l'Orne, a spa town with hydrotherapy baths which we immediately christened 'the French Buxton'. Although the town dates from the middle ages, the modern town boomed in the early 20th century when spas became very fashionable, especially with the bourgeoisie. There are several examples of fine Art Deco architecture and the town feels unlike any of the other more ancient surrounding towns. 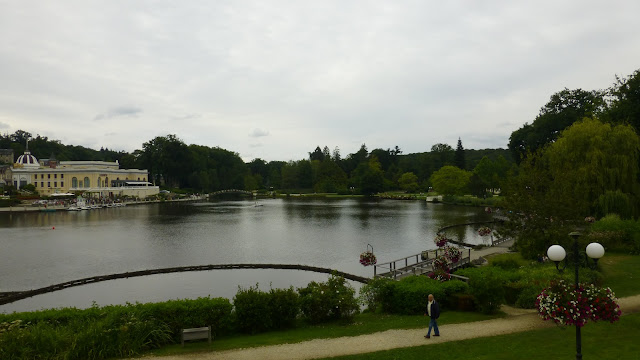 After a crepe and a galette we set off back to Champsecret with much to talk about.
Places Ruins