Over the bank holiday weekend we decided to keep clear of the Lakeland honey pots and instead headed for Hadrian's Wall. Our recent visit to Wroxeter had got us thinking about Roman remains so we headed north, to the northern-most edge of the ancient Roman Empire.

First stop was Banks East Turret, one of the many two-storey defensive turrets dotted along Hadrian's Wall. As well as the remains of the turret, there is also a short length of Wall here - although no longer its original 15 feet high! 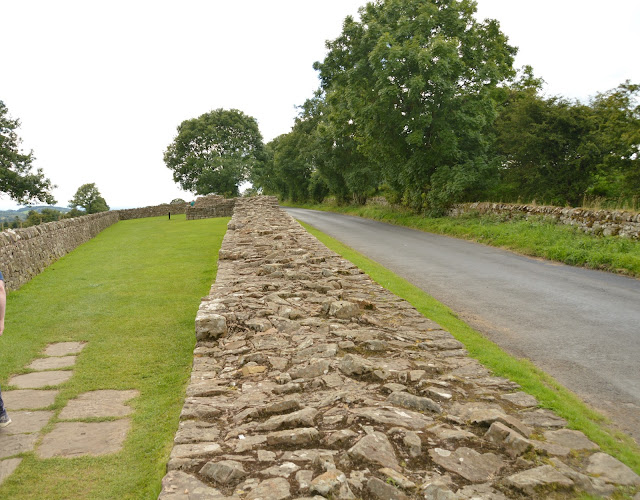 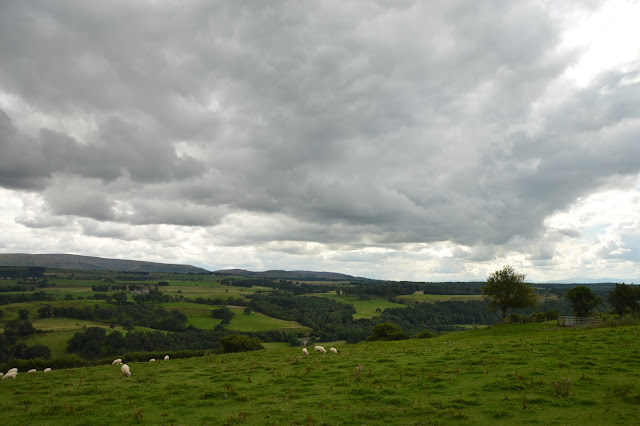 As we stood on this rather cold, windy day, we wondered how the Roman soldiers must have felt as they defended this bleak, northern-most border of their empire, a very long way from home.

Next stop was Birdoswald Fort, the well-preserved remains of a large fort which originally housed over 1,000 soldiers. 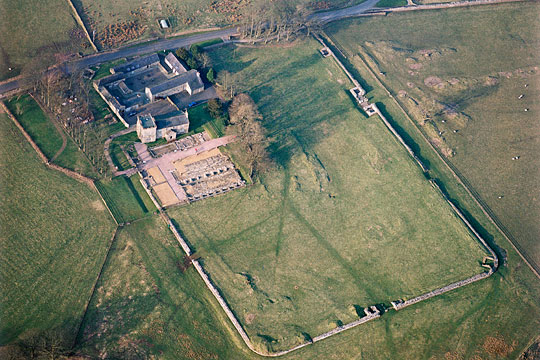 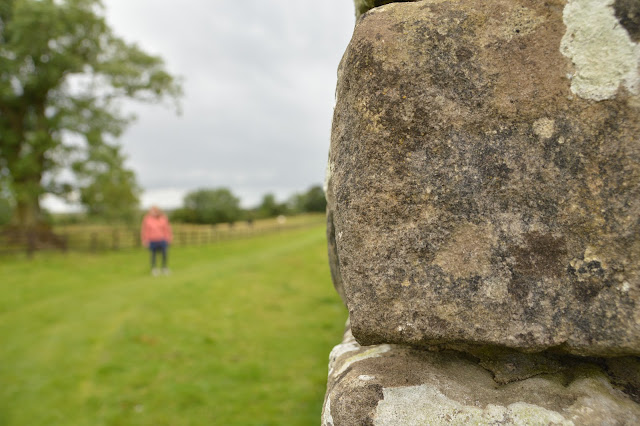 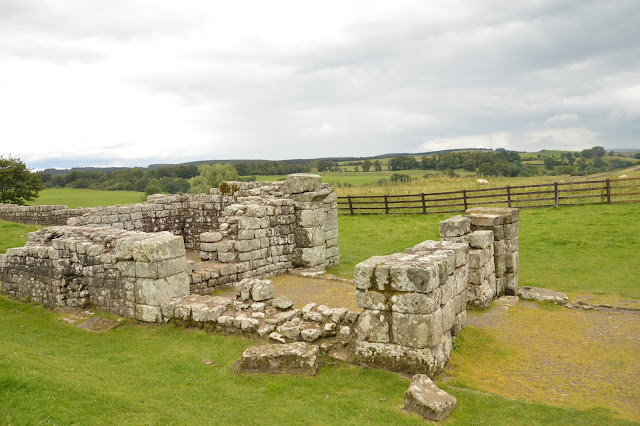 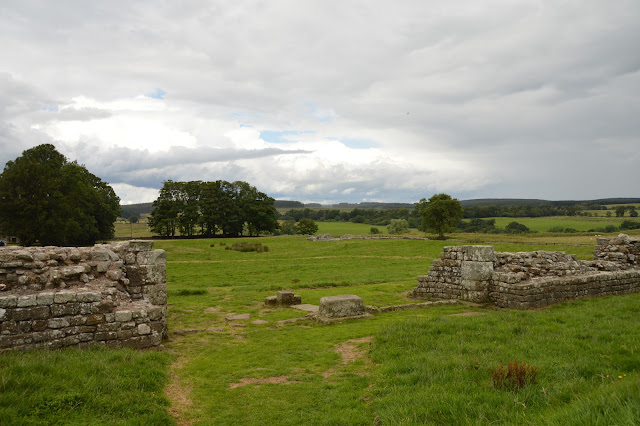 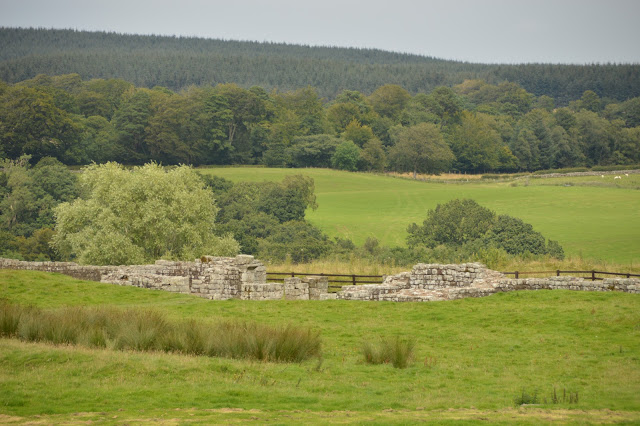 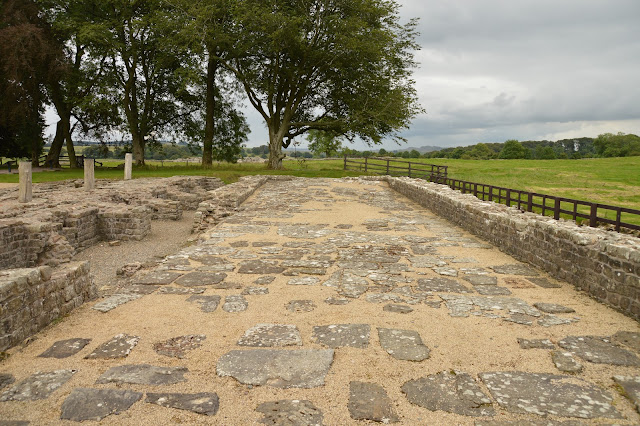 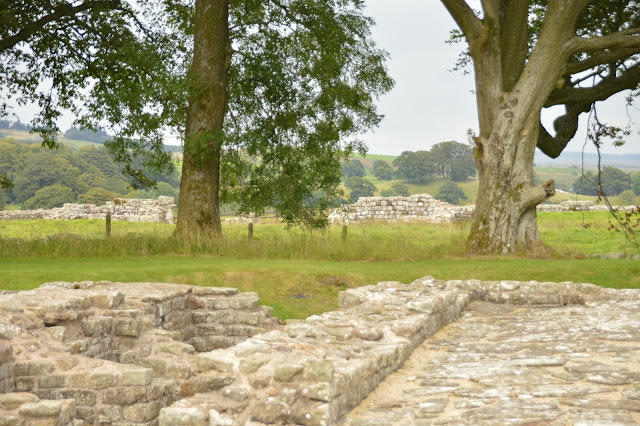 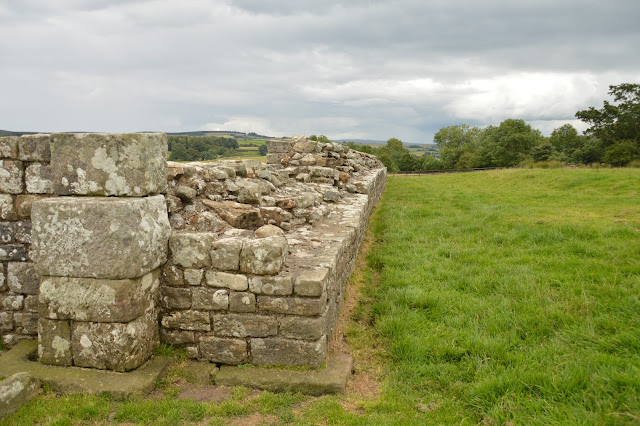 As we drove back through Lanercost we had a quick stop to enjoy the church and the amazing view of the ruined priory through its east window.
We came down off the fells into Brampton and decided to stop of at its lovely Pre-Raphaelite church, designed by Philip Webb and with a beautiful east window designed by Edward Burne-Jones and made by William Morris's company, Morris & Co. 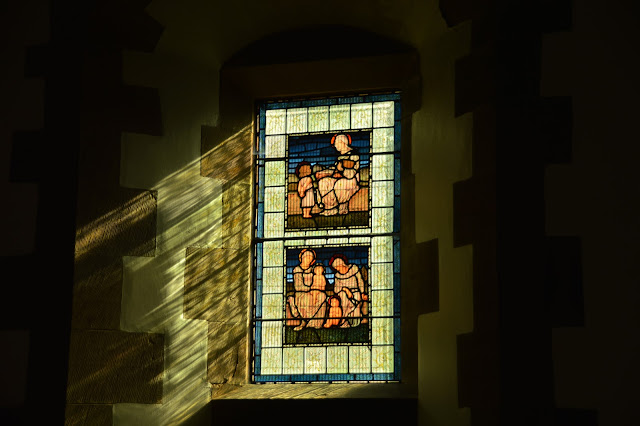 And finally as we headed home we took a small detour to Talkin Tarn for some refreshments and to enjoy the beautiful views across the calm water.

A peaceful August Bank Holiday and we even managed to avoid the crowds and traffic jams.