Posted by Chris on April 21, 2016
Our new view of Morecambe Bay makes me think of the ancient routes across the bay at low tide. 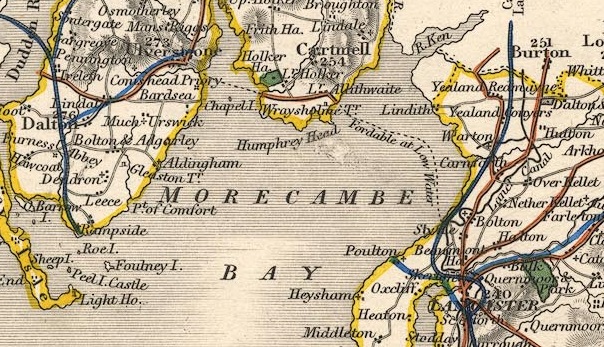 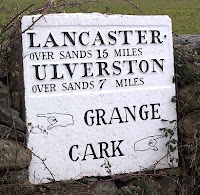 Before the arrival of the railway in the middle of the 19th century, the fastest way to get from Lancaster to Ulverston and the Furness Peninsula was to take the route 'over sands', rather than riding upstream to the lowest bridging points. Although it dramatically reduced the length of the journey, it was - and still is - a route full of danger. 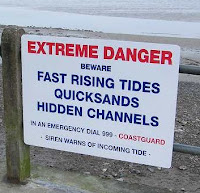 At low tide Morecambe Bay is a disorientating landscape characterised by shifting sands, hidden channels and quicksands. Thick fog can descend very quickly. Add to this the funnel effect of the bay which causes the rising tide to come in faster than a man can run and there is a potentially deadly combination. The bay seems benign and at low tide looks like a beautiful flat beach but without the skill to navigate across there is every chance of being swallowed up by the sands.


It has captured the imagination of artists and writers for centuries, many of whom travelled to Morecambe Bay especially to take part in this unique journey.

In 1834, Edward Baines wrote in his Companion to the Lakes: 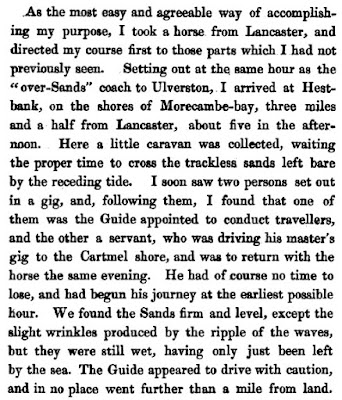 These days the cross bay walk is something undertaken in groups on a summer's day, led by The Queen's Guide To The Sands, an honorary position which has existed since at least the 16th century. He skilfully identifies the correct, safe route on each crossing, marking it with laurel twigs or 'brobs'.

Of course, there are always people who ignore warnings. Today there are mobile phones and a search and rescue service but any rescue will still be a race against the incoming tide. Here, a man is rescued only a few yards from the shore, having got stuck in the quicksands. 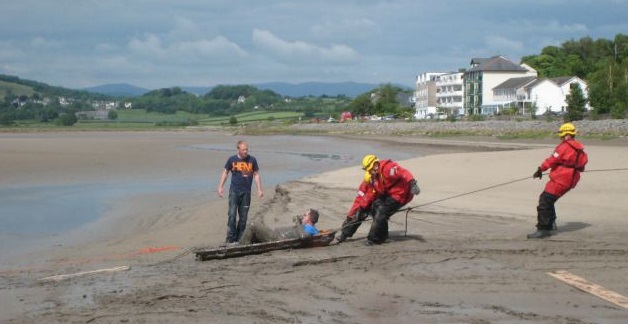 And sometimes even 'go anywhere' vehicles meet their match. 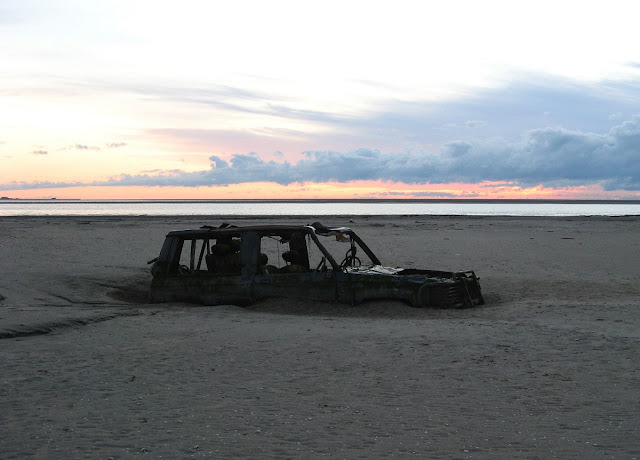