Posted by Chris on May 18, 2016
As we drove to one of our favourite gastro-pubs this evening, we were able to cross the River Lune at Gressingham - a noteable event because the bridge was seriously damaged by Storm Desmond's floods in December 2015 and only recently reopened.

The bridge, known as the Loyn Bridge, is Grade II* listed as well as being a scheduled ancient monument and dates from at least the sixteenth century. The floods and the debris carried to the bridge damaged the structure and exposed the rubble interior and for a time it was feared that it would be lost.
Six months on and almost everything looked back to normal.

However, as we approached the bridge we noticed that the white painted fences were all draped with dead vegetation which was deposited by the floods six months ago when the entire area was under water.

And closer inspection of the fences shows the force of the water: they are all twisted and damaged and now barely able to keep the livestock in. Although this year's calves seem happy enough! 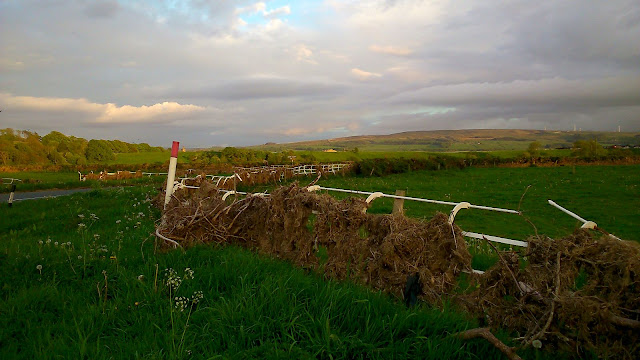 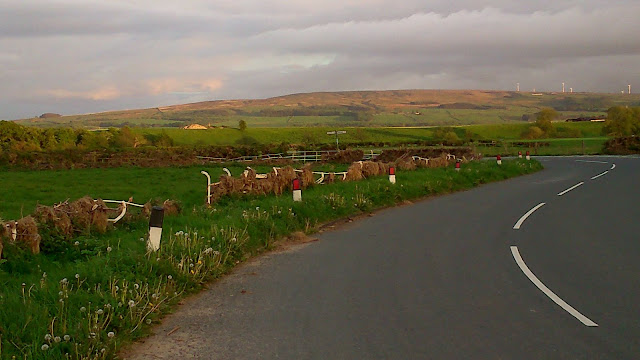 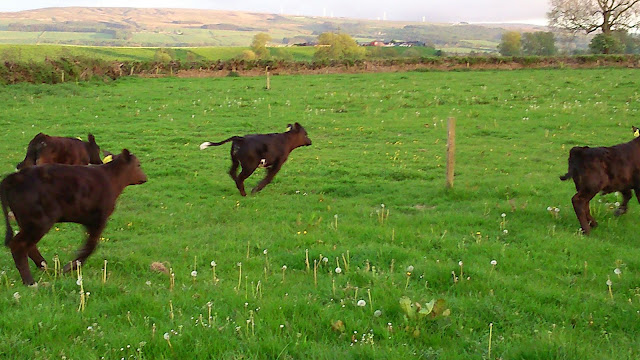