The Importance of Coffee 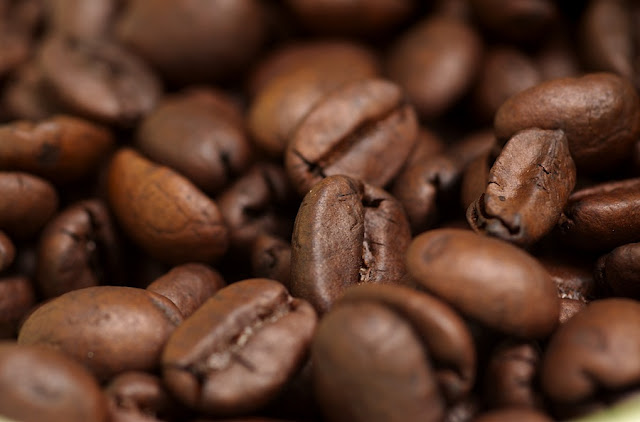 We both love a good cup of coffee. We don't touch instant and haven't done for years, mainly because it just doesn't taste good. It often has a taste more like burnt rubber than smooth coffee, an inevitable consequence of the cheaper robusta beans that are used as well as the whole instant coffee manufacturing process. Robusta beans also have significantly more caffeine than the arabica beans which are used in freshly roasted coffee, which is a negative for me.

So, on the basis that most instant food isn't as good as its fresh equivalent, we prefer to buy 'fresh' roasted coffee beans than instant granules.

We also enjoy the subtle differences in flavour between the various beans, just as we enjoy the differences between various breads, various cheeses and various wines. Who would buy a wine if the tasting notes said 'tastes the same as all the other wines on the shelf'?

We think that coffee is something to be enjoyed slowly. And not necessarily with a pint of hot foaming milk to hide the flavour.

But we've noticed that over recent years, as the American-style coffee shop chains have taken over, people want stronger coffee simply for its caffeine hit. And the supermarkets have followed suit, with their packets of fresh coffee becoming stronger and stronger, usually with a darker, so-called 'Italian' roast. This is inevitably at the expense of good flavour as, ironically, their fresh coffee tastes more and more like instant. As the roasts get darker and stickier, the smoothness and subtle differences between the different beans is lost.

So we are always on the lookout for interesting places which still produce coffee beans that haven't been subjected to a high roast and, fortunately, a number of independent micro-roasteries are springing up which offer exactly this. Just like the micro-breweries which offer an antidote to mass-produced beer, so these micro-roasteries provide a welcome return to flavour and freshness. 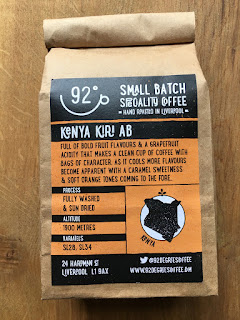 We recently discovered 92 degrees in Liverpool, a micro-roastery in the university quarter. The name refers to the optimal water termperature - just off-boiling - when making coffee. They offer an interesting range of different coffee beans, all roasted to perfection so that you can enjoy the flavour without a hint of the burnt overtone that is now almost universal.

Our current favourite is Kenya Kiri AB which they describe as 'full of bold fruit flavours' developing a 'caramel sweetness'. And they are right. In their well-roasted coffee you really can taste these lovely, subtle flavours.

Coffee doesn't have to taste of old tyres and give you a caffeine hit that puts you on the ceiling. There is another way to enjoy it.
Food