Posted by Lindsey on September 05, 2016
Having a few days off work we decided to head to Hoghton Tower for a mooch around and a spot of lunch. 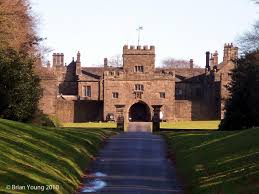 Hoghton Tower is a fortified manor house in North Lancashire, not far from Preston, although it feels miles away from "Proud Preston" when you drive through the gates and up the long and imposing drive to the house! 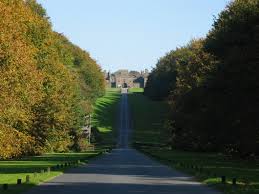 The house was originally built in the 12th century and then re-built in 1565. It is a stunning example of Elizabethan architecture with a lovely rose garden and a wilderness garden beyond the walls. The Tower has seen many major historical events including playing a role in the Civil War and hosting visits from a number of royals including a three day visit from James I which landed the de Hoghton of the time in a debtors' prison.

Other significant visitors have included Charles Dickens, George III and JMW Turner. All these visitors made a contribution to the history of Hoghton Tower including Dickens's novel Hard Times and Turner's paintings but possibly the most important visitor was William Shakespeare.

Research has shown that William Shakespeare visited Hoghton Tower in 1581. The de Hoghtons of the time were active Catholics or recusants and the family supported the Catholic faith by recruiting and training young priests at the Tower as well as providing financial support to Catholic seminaries in France.

One of the most infamous recusant priests of the time was Edmund Campion and it appears that he and Shakespeare might have travelled north from Stratford to Lancashire together. It is possible that Shakespeare was recruited as a tutor to the de Hoghton children of the time or it is possible that he was targeted as a trainee priest. Whatever the truth, Shakespeare chose the stage over the the church and the rest is literary history.

We had a very enjoyable day and finished off with a slice of cake in the tearoom!
Places Poetry