Canon Rawnsley's December at the Lakes

Posted by Lindsey on December 31, 2016
December wasn't a normal month for us, whatever "normal" means these days! Because of Chris's leg injury we didn't manage to walk in the Lakes once but, instead, had to be content with the view of the Lake District hills and Morecambe Bay from our windows. 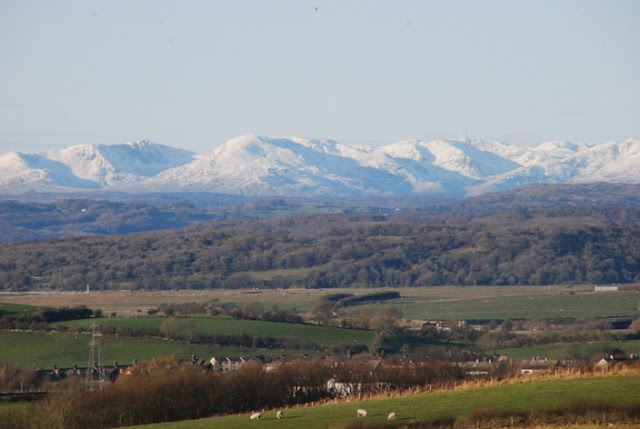 However, I was determined to end my year of Canon Rawnsley's posts with his chapter on December:

There are few months more variable in mood and character than December at the Lakes. At times it is a month of storm and wind, and we hear the horns of the Atlantic blowing their thunderous voices among the hills, at other times we have windless calm and our lakes lie like mirrors for Father Christmas or the glad New Year to see their faces in; again, at times, though there is no snow in the valley, for the most part the tops are winter-white, whilst again they stand up against the blue-grey sky slopes of lilac melting into brown and russet, or whitey-grey fell tops of blanched grass falling downward into grey-green.
Books Places Walks