Posted by Lindsey on March 24, 2017
There were so many excellent speakers at this year's Words by the Water at the Theatre by the Lake, in Keswick, that it was extremely difficult to choose. In the end, biographers and their biographies seemed like an excellent theme for this year's talks. This choice enabled us to listen to three speakers talking about their, recently published, biographies. 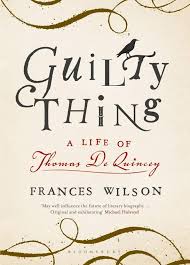 All three speakers were excellent. Frances Wilson gave us some rather astonishing insights into the biographer's craft, including her own, somewhat bizarre, relationships with the Wordsworth family! It was her estrangement from a current day Wordsworth which led her to view de Quincey's strained relationship with William Wordsworth as an excellent topic for a biography! De Quincey’s shifting relationship with Coleridge and Wordsworth, particularly the latter, is central to the book. De Quincey began as a young fan, writing a list of poets he admired and putting three exclamation marks after Wordsworth’s name, and graduated to become his hero’s friend, lodger and dogsbody. Finally, it all ended in resentment and hatred, after he had failed to make sufficient impression on Wordsworth’s elephantine ego. Maybe Frances Wilson is revealing more about her own relationship than she intended! 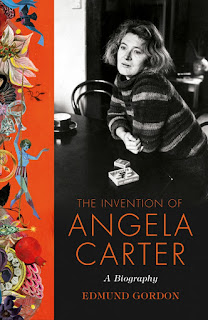 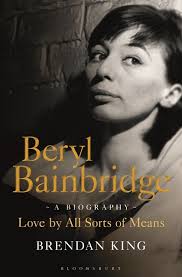 After these revelations Edmund Gordon and Brendan King gave us rather less sensational insights into the biographer's craft. They were none the less, fascinating, however. I love Beryl Bainbridge. Probably, her Liverpool roots play a big part in my love of her novels. Young Adolf is one of my all time favourite novels. Angela Carter has never impressed me as much as many of her contemporaries: Susan Hill, Iris Murdoch and Margaret Drabble to name a few, but following Edmund Gordon's excellent talk I will be rereading many of Carter's novels with fresh eyes.

Once again, an excellent day's entertainment and much food for thought.
Books Poetry Theatre