A Spot of G&S in Buxton

Posted by Lindsey on July 30, 2017
It's that time of year already: time for a spot of Gilbert and Sullivan at the Opera House in Buxton. Whilst the main G&S Festival has moved to Harrogate - boo, hiss! - there are still a small number of performances in Buxton. This year Bernie and I chose Derby G&S Society's Iolanthe and the G&S Opera Company's Mikado. 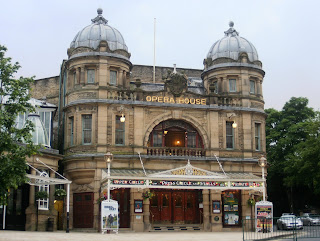 Both performances were absolutely splendid and the Opera House is a lovely venue to enjoy the spectacle with some fellow G&S enthusiasts.

Whilst I enjoyed both performances, I think that the Mikado was my favourite. I love the music and the words are wonderful. There are so many occasions (normally at work!) when I find myself quoting Ko Ko's immortal lines: 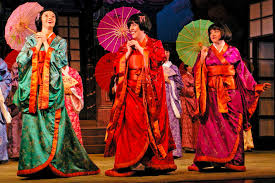 We are going to Harrogate this year. For just one performance: Princess Ida. I'm very much looking forward to the Opera Company's interpretation.....
Music Theatre