Miss Julie at the Theatre by the Lake 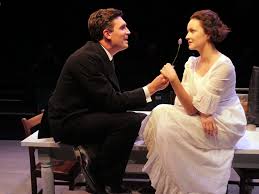 Times and theatrical fashions change, but some works endure. August Strindberg wrote Miss Julie in 1888. For the first production in Paris, directed by André Antoine for his Théâtre Libre in 1893, the playwright wrote a Preface that has come to be considered one of the core texts defining naturalism.

In the Preface Strindberg outlines how he expects the stage, lighting and scenery to be. He states "yet nothing is more difficult than to get a room that looks something like a room, although, the painter can easily enough produce waterfalls and flaming volcanoes." 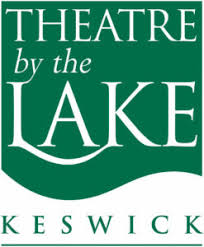 In the Theatre by the Lake production everything is real: the pots and pans; the cooker on which Christine is cooking a meal for Jean, the valet; cigar smoke and simple kitchen furniture. The shelves are filled with jars and bottles and Karen grinds the spices to season the meat she is cooking. The audience is totally drawn into this world through small actions and everyday activities. Off stage the party is in full swing with singing, dancing and music but, on stage, the action all focuses on the three actors.

It would be another two years before the Lumière brothers presented the first public showing of their cinematographic films, showing real people performing everyday actions. In the decades since, we have become used to seeming realities on screens but the early productions of Miss Julie were natural and realistic and left the stock characters and scenery of the theatre far behind.

The Theatre by the Lake production was fantastic - tight, compelling and utterly believable. I thoroughly enjoyed it!
Places Theatre