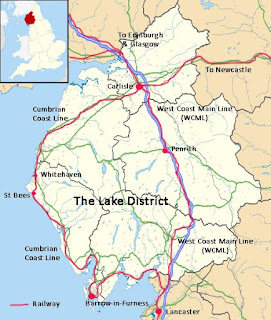 A couple of weeks ago we visited St Bees, an interesting village on the West Cumbria coast. We approached by the scenic west coast drive, taking in dramatic views out to sea as we meandered our way.

St Bees is interesting for a number of reasons. It sits at the western end of the Coast to Coast walk which runs across Cumbria, over the Pennines and ends 192 miles away at Robin Hood's Bay on the east coast. Thanks to Alfred Wainwright, St Bees Head is a popular place for keen walkers to gather.

St Bees is also notable for a couple of reasons relating to its geography. First, it is the most westerly point in England between Wales and Scotland. Second, it is the only place between Wales and Scotland to have coastal cliffs: the geology of the north-west coast means that everywhere else has far more gradual slopes down to the Irish Sea. They're not the white chalky cliffs I grew up with in Sussex, but they're definitely cliffs.

But what really drew us to St Bees was its very fine Priory. Completed about 1120, most of the fine Norman building fell into disuse after the Dissolution of the Monasteries in the sixteenth century. However, part of the building was retained as the parish church which saved it from complete ruination. 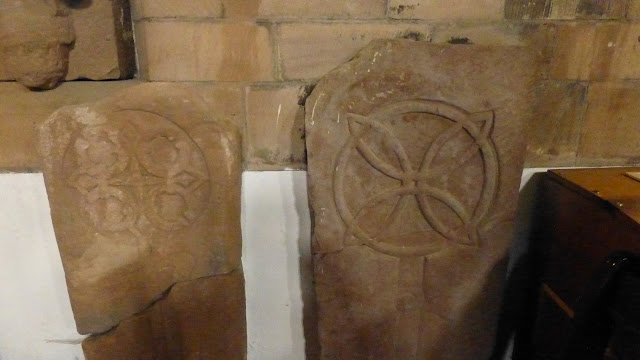 Opposite the Priory is St Bees School, established in 1583, not long after the priory was dissolved.

We enjoyed our afternoon immersed in historic St Bees. Our speedy 21st century journey home was via the A66 and the M6 but we had plenty to talk about.
Places