Posted by Lindsey on March 30, 2018
Now, I realise that this sounds like an oxymoron: literary and Preston. Not normally two words that would appear in the same sentence! But, surprising as it is, it's also true.

There are many writers, especially from the Victorian era, associated with the then boomimg, industrial town. Coketown in Charles Dickens' Hard Times is a fictional version of Preston. The strike in Elizabeth Gaskell's North and South closely resembles the Preston strike of 1843-4, which closed down the cotton industry for seven months. Other writers also visited or wrote about Preston including Thomas de Quincey (The Old Mail Coach), Anthony Burgess (born here in 1948) and, of course, William Shakespeare and his likely sojourn at Hoghton Tower. However, these aren't the writers who particularly interest me. Three, very different, writers lived in Preston who all fascinate me: Angela Brazil, Francis Thompson and Gerard Manley Hopkins. 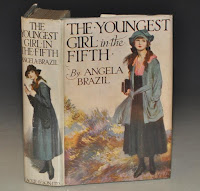 Angela Brazil was born at 1, West Cliffe Terrace in Broadgate in 1868. Brazil is credited with being one of the first writers of the modern schoolgirl stories. None of her books is based in Preston but many do refer to the local area including Silverdale and Arnside, which the Brazil family visited regularly in Angela's childhood. Sadly, there is no blue plaque and the house no longer appears to exist. However, Brazil is a wonderful writer and her prolific output inspired me to explore the genre fully and discover Brent Dyer, Oxenholme and Fairlie Bruce as well as many more writers of the period. I'm always charmed to think that she lived in Preston and explored some of my favourite places in Arnside and Silverdale.

Francis Thompson was born just round the corner from Angela Brazil on Winckley Street. The poet and author of the wonderful mystical poem The Hound of Heaven, does have a plaque, but his life is far removed from Brazil's life and literary output. Sadly, Thompson spent much of his life in menial work and insanity. Recent claims that he might have been Jack the Ripper helped to destroy his reputation. His poetry is wonderful with flights of mysticism harking back to earlier mystical poets like Herbert and Crashaw as well as having much in common with Gerard Manley Hopkins and T S Eliot. 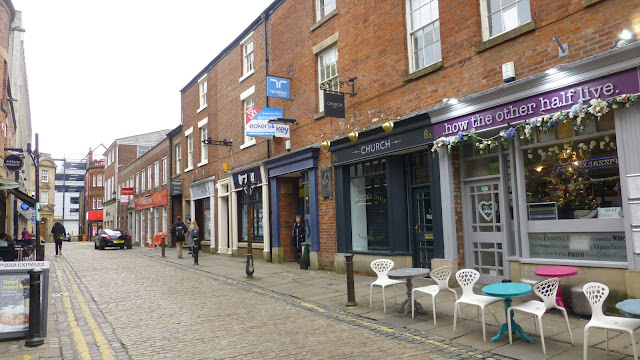 The final writer of my Preston trio is Gerard Manley Hopkins, who was curate at St Ignatius church in the late 1880s. Francis Thompson was also baptised here in 1859. St Ignatius was built in the mid Nineteenth century to serve the established and burgeoning Catholic population of Preston. Preston had clung tenaciously to the old faith. Its very name redolent of the Catholic faith: Preston or Priests' Town. With industrialisation the number of Catholics grew rapidly, and they needed places of worship and priests to serve them. Hopkins had trained as a priest at St Mary's Hall, Stonyhurst before his curacy at St Ignatius. 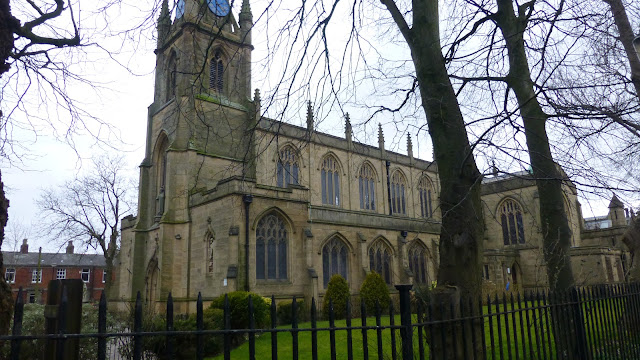 Hopkins was a poet of faith, nature and mysticism and wrote some of the best poetry of the Victorian era: The Windhover being one of his most wonderful poems:

I caught this morning morning’s minion, king-
dom of daylight’s dauphin, dapple-dawn-drawn Falcon, in his riding
Of the rolling level underneath him steady air, and striding
High there, how he rung upon the rein of a wimpling wing
In his ecstasy! then off, off forth on swing,
As a skate’s heel sweeps smooth on a bow-bend: the hurl and gliding
Rebuffed the big wind. My heart in hiding
Stirred for a bird,—the achieve of, the mastery of the thing!
Books Places Poetry