Aloft in the Attic 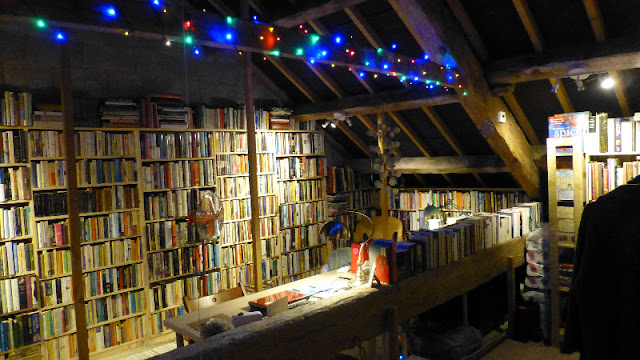 This weekend we completed one of the last few jobs in the house which stalled when Chris broke his leg: the attic.

The size, and particularly the height of the ceiling in the attic, really sold the house to us when we first viewed it! We were very excited about the amount of wall space there was for shelves.... as well as lots of storage space for other "stuff"!

Not long after we moved in, wonderful Anthony shelved the walls, to Chris's patented design, and the last loads of books arrived from Dolphinholme and were hosit aloft by Chris, Kevin and Nick. Quite a job! I made the coffee. I had done all the packing, I should say. I shelved most of the books, but then operations were suspended as, initially, Chris couldn't get up the ladder for months, and more recently, he found it difficult to kneel. Now the knee is fully healed and Chris is racing up and down the ladder and the time had come to finish off the work. Hence a weekend spent aloft. 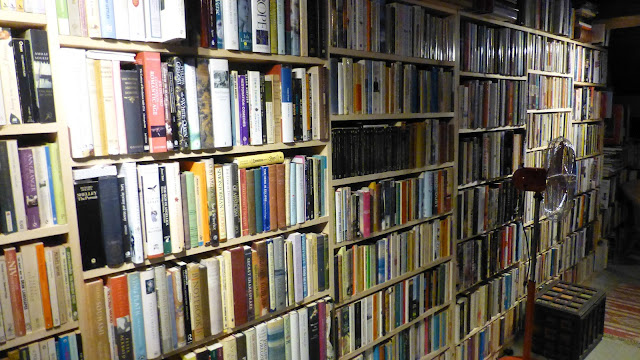 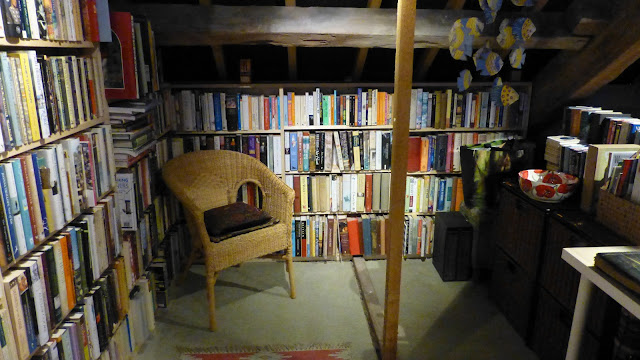 We're really thrilled with the space the attic provides. We have four walls of shelves and thousands of books. We also have our "workstations" where we can pursue messy hobbies and not need to clear up. There's even a cosy corner where we can escape and read a book (there's plenty to choose from).
Books Lovely stuff