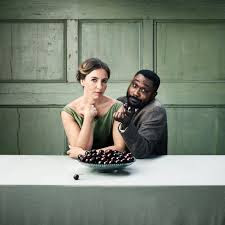 Last Saturday we enjoyed a fabulous performance of Chekhov's The Cherry Orchard at the Royal Exchange in Manchester.

Directed by Michael Boyd, former artistic director of the Royal Shakespeare Company, and staged in partnership with the Bristol Old Vic, this production of Chekhov’s final masterpiece is full of wild humour and piercing sadness. The actors were brilliant and the set pared back to give a wonderful foil to the acting.

The Cherry Orchard’s themes of love, loss and change may have been inspired by Chekhov’s life and times—a metaphor for the fading power of the Russian aristocracy and the imperial regime—but apply equally to today. The costumes reflected this. As the play progressed the costumes became increasingly modern as the relevance of the play became apparent. 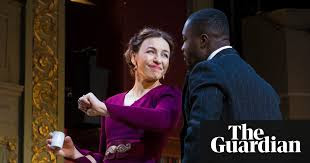 The production was fresh, relevant and beautiful, almost spellbinding, and although there wasn't a lot of action we were still gripped throughout; hanging on every word.

Ultimately, the tragedy of The Cherry Orchard is most poignant in the simple things: the regular appearances of Grisha, Ranyevskaya’s dead son, within scenes, the aged butler Firs being forgotten and accidentally locked in the empty house, or the ominous sound of axes chopping down the orchard trees. It’s a subtle, finely balanced production that is both moving and entertaining.﻿

Afterwards we popped round the corner to Annie's and shared some delicious food with our lovely friends.
Theatre