Posted by Chris on May 20, 2018
The lovely weather continues and we must go out and make the most of it - even though that means missing both the royal wedding and the FA cup final.

Keen to avoid towns and cities, we decide on a walk round Malham Tarn. Malham is at the top of Malhamdale and we approached it from Settle and Langcliffe, which gave us the most stunning views across the area. We were struck by the amazing limestone formations which define northern England, including our own area in north Lancashire.

Arriving at the tarn we had a good walk round it although, with little shade, we soon noticed the Sun's heat. 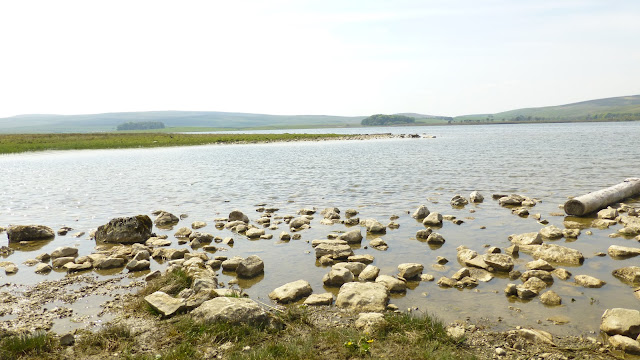 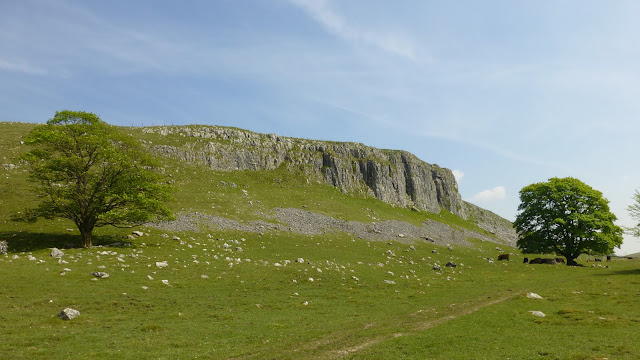 After cooling down for a few minutes we set off for Malham village, a few miles to the south. Malham Cove, a very large limestone formation, is between the tarn and the village. It forms a semi-circular 'cliff', the shape having been created by the erosion of a huge river during the last ice age.


A few miles further down the dale is Kirkby Malham and its fine church, dating from the late 1400s. Constructed of local stone, the church looks as solid and square as it was the day it was built. The interior is entirely made up of box pews, some dating from Jacobean times, which survived the church's Victorian 'improvements' thanks to the resistance of local people.


After a lovely drive down Malhamdale to Gargrave, we found ourselved on the outskirts of Skipton at Keelham's, one of our favourite farm shops, where we picked up some local delicacies before driving home into the sunset.
Places Walks