Posted by Chris on June 20, 2018
Gazing out of the window at the Cartmel and Furness Peninsulas beyond Morecambe Bay reminded us how peaceful they are on a warm day as all the visitors head further north to the 'honey pots' of the Lake District.

Our starting point was the impressive Furness Abbey, once the second most powerful Cistercian monastery in the country - until Henry VIII dissolved it in 1537. We enjoyed wandering around the ruins, admiring the quality of the medieval masons' work, still standing almost 500 years after it fell into disuse. 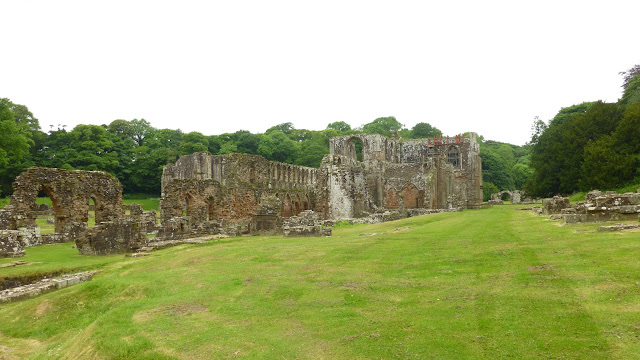 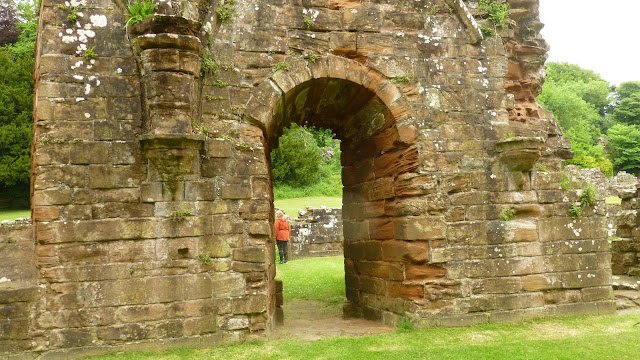 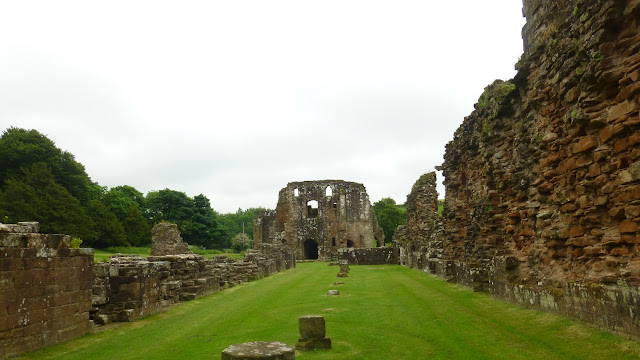 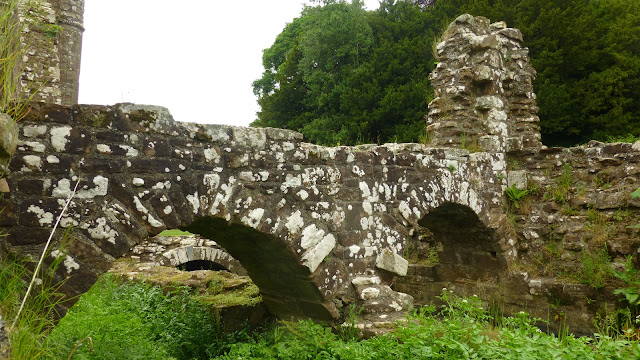 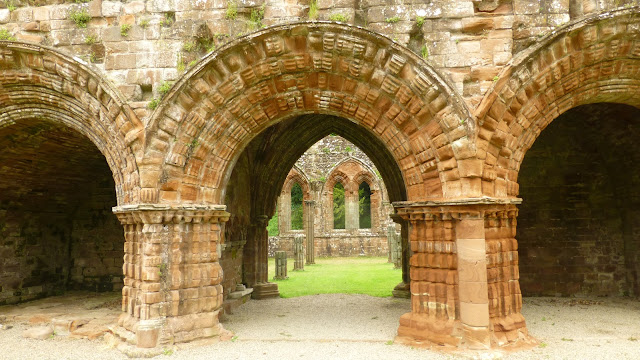 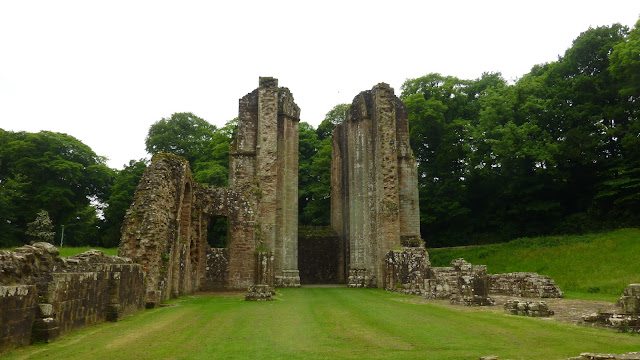 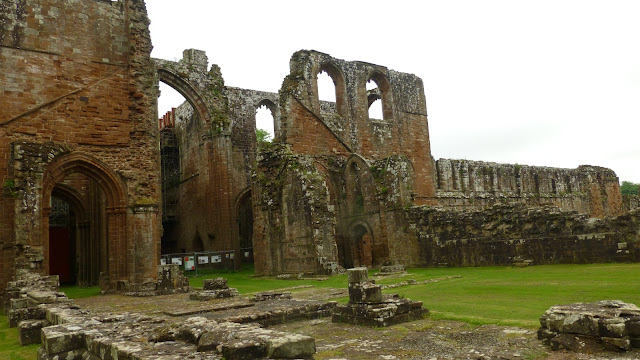 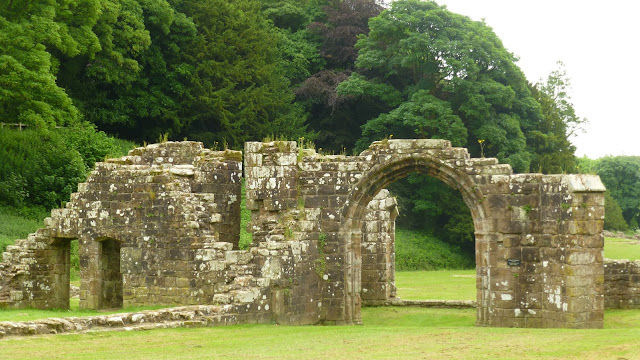 Driving round the peninsla there are are reminders everywhere of the area's more violent past when it was vulnerable to attack from the Scottish invaders. Pele Towers were built as defensive structures where people (and their livestock) could take cover as well as attacking the raiders from the flat roof. The walls were up to 10 feet thick so it's not surprising that many pele towers survive today - some as ruins, others as the centre of fine houses. We came across these ruins as we drove from the abbey to the coast road. 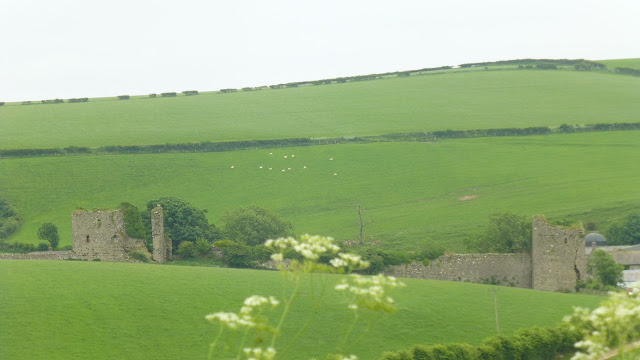 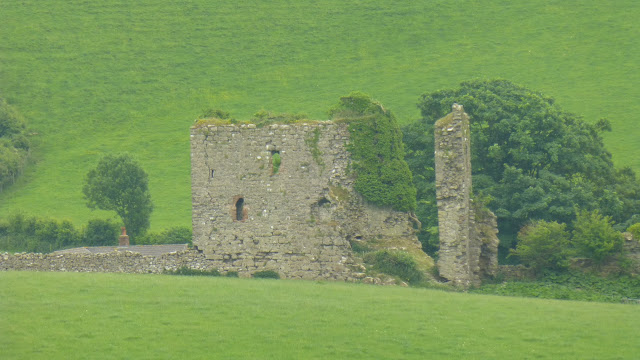 Continuing up the coast road we stopped at Aldingham to visit St Cuthbert's church in its fine setting: right on the edge of Morecambe Bay. The church is an attractive Norman building which dates from 1147 (unfortunately 'Victorianised' in the 19th century) but it is the position and view that really makes it special. 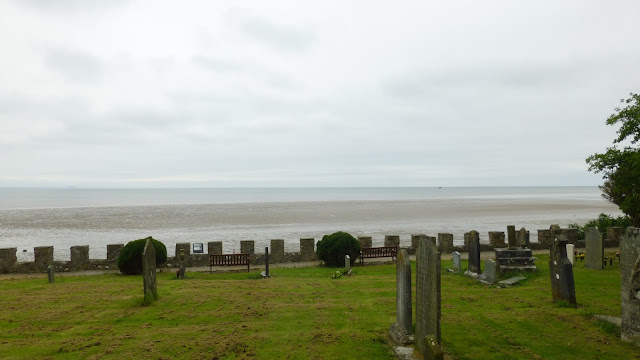 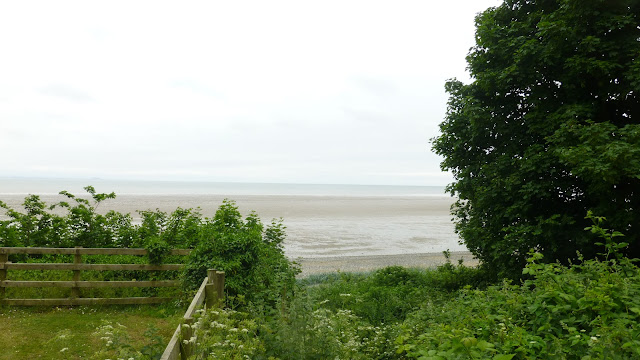 To complete our church-themed tour of the area, we returned home via Cartmel where we once again admired the Priory, which enjoyed a very different outcome from Furness Abbey after Henry VIII. 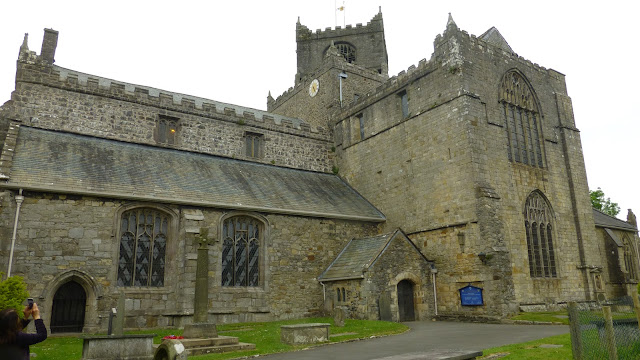