A Toe in the North York Moors

Posted by Chris on July 16, 2018
We've just returned from a short break in the North York Moors - a National Park we haven't been to before. We're more familiar with the nearby Yorkshire Dales but the two couldn't look more different - different landscape, different architecture.

One of the attractions for us was a particular house: Shandy Hall in Coxwold, the house where Laurence Sterne lived between 1760 and 1768 and where he wrote his two master works: The Life and Opinions of Tristram Shandy, Gentleman and A Sentimental Journey Through France and Italy.

The guided tour gave a great insight to Sterne's motive for writing (he just wanted to be famous) and the house and gardens both retain something of their 18th century character.
When he was writing to become famous, Sterne was the vicar of Coxwold, a very pretty village which would not look out of place in the Cotswolds. The buildings share the same buttery yellow limestone
And the 15th century church was definitely worth a look.
We stayed overnight at Byland Abbey Inn, a bed and breakfast in the grounds of the ruined abbey and run by English Heritage. After enjoying a delicious meal at the Stapylton Arms, we were treated to an amazing view as we returned to the inn: the setting sun was just catching the west side of the abbey. 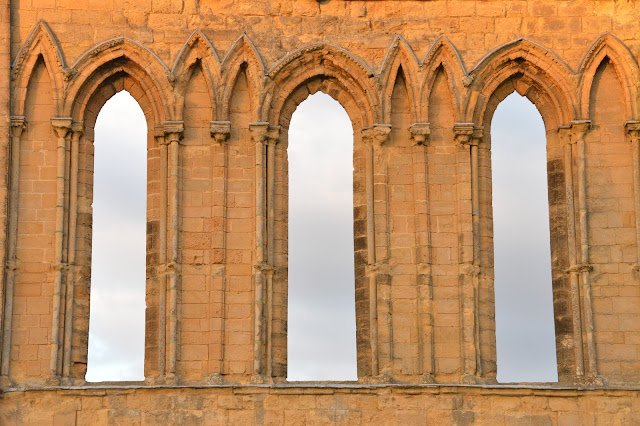 The next day we explored the abbey ruins in the unusually overcast weather. 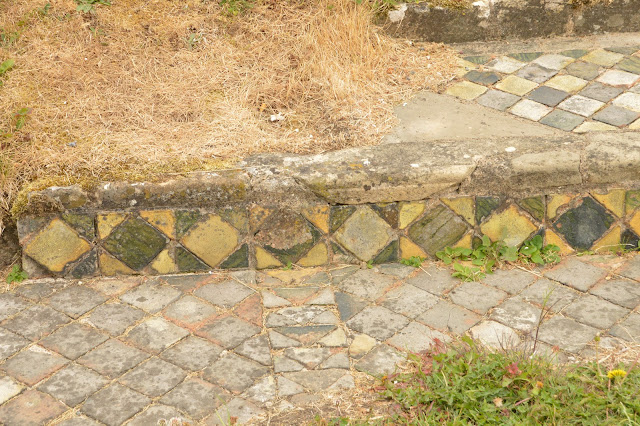 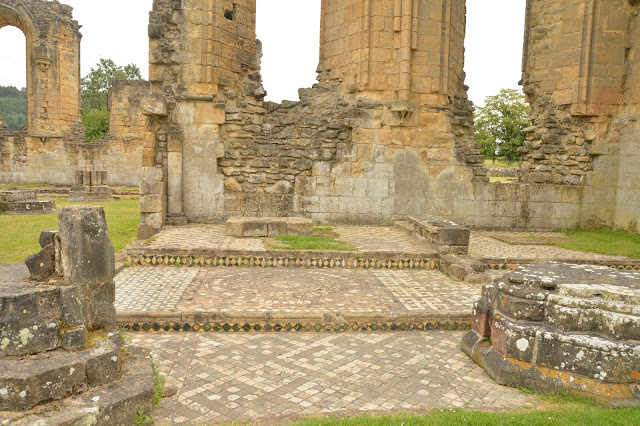 Still enjoying the cooler weather we moved on to Helmsley Castle which dates from 1186 and incorporates a later Tudor fortified house within. The castle was built on a flat-topped mound overlooking the town. 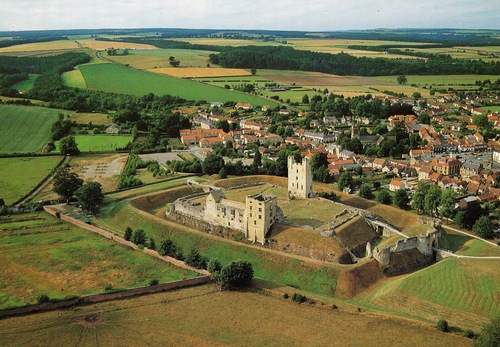 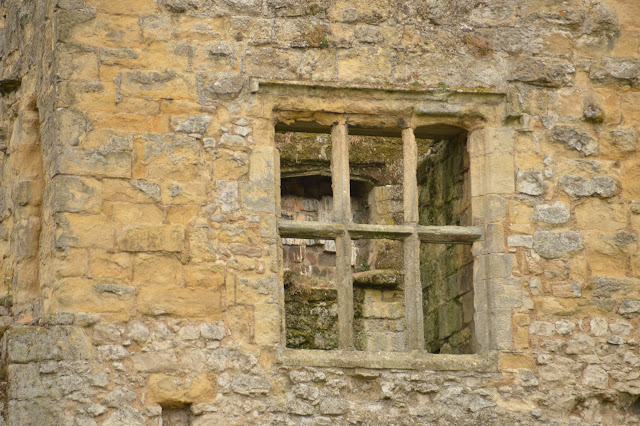 Our final stop was Rievaulx Abbey, in its time one of the greatest abbeys in the country. Today the ruins sprawl across a huge area, giving some impression of the power and influence once held by the community here. 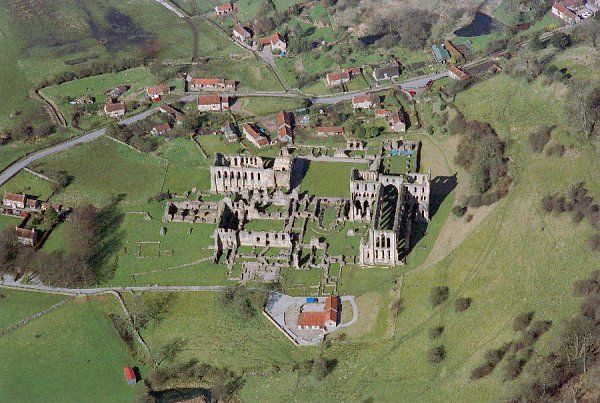 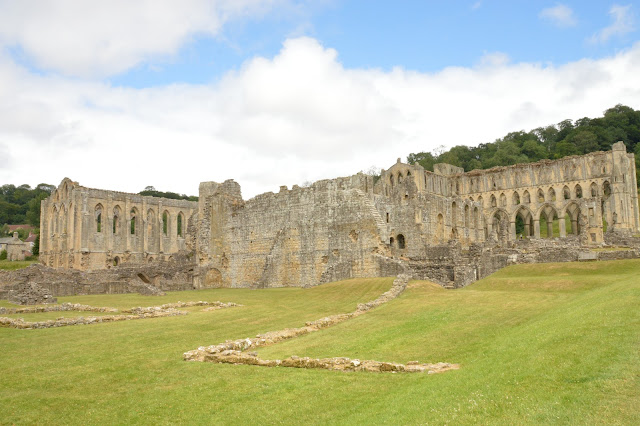 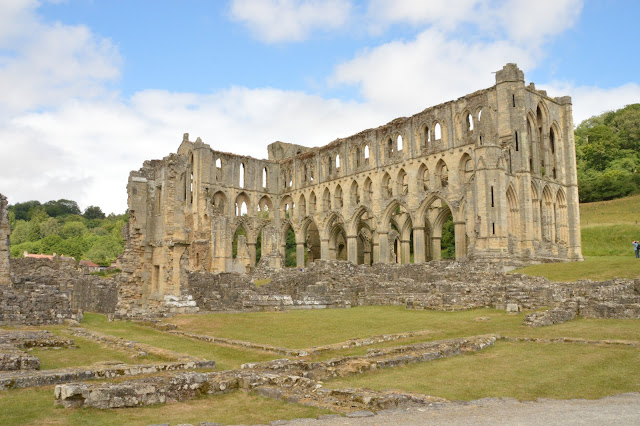 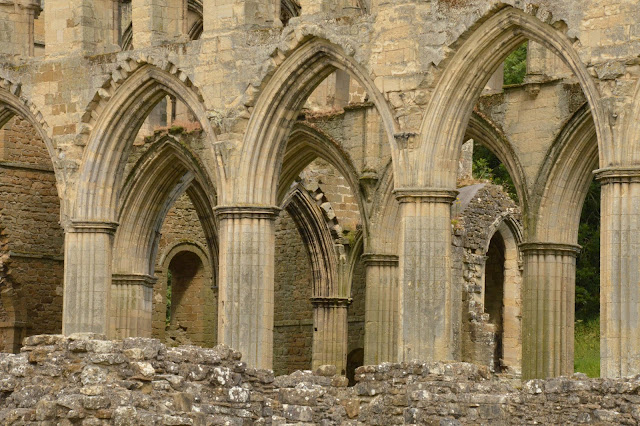 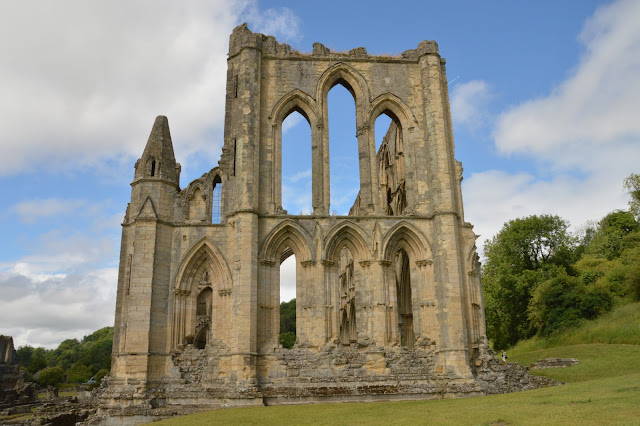 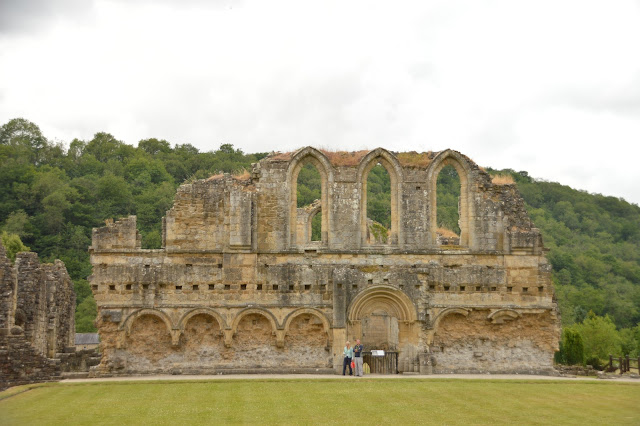 And so our tour of this unfamiliar part of Yorkshire came to an end with - as always - a resolution to return and explore it further.
Places Ruins