Kendal Castle and a spot of Canon Hardwicke Rawnsley

Posted by Lindsey on August 26, 2018
On a not-too-hot evening recently Chris and I decided to stroll up to Kendal Castle, enjoy the view and the castle ruins. We parked by the beautiful 13th century Kendal Parish Church with its connections with the Parr family and Kendal Castle.The Parr Chapel was built by the Parr family in the fourteenth century, and the family coats of arms are to be seen on the ceiling. The large tomb in this Chapel is believed to be that of William Parr, grandfather of Katherine, the last wife of King Henry VIII.

From the Church we crossed the river and strolled up the steep hill to the Castle, taking the circuitous route, to enjoy the views from all angles of the Castle. Kendal Castle was built in the early 13th century and was home to the baron families of Kendal, of whom the best known is the Parr family. Katherine Parr was born and raised in Kendal Castle and was the last, and surviving wife, of Henry VIII. 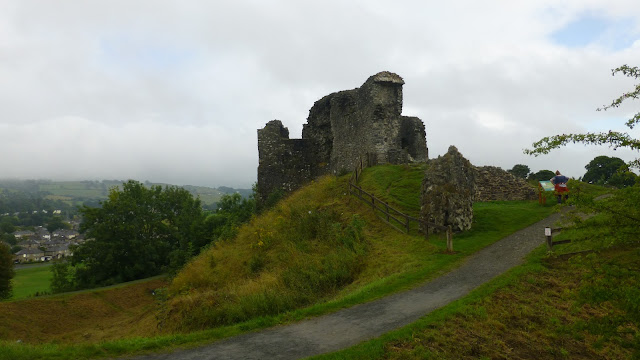 Canon Hardwicke Rawnsley composed a sonnet Kendal Castle: or the Power of Tradition

Strength for his task from hence the Roman drew;
Here Talbois kept the foe beyond the gate:
For thoughts of this, their native castle state,
The Kendal shafts at Flodden straighter flew;
And here in strength the little Catherine grew,
Here conned her books, here learned to meditate,
Who stoutly Protestant, would dare debate
With rough King Hal, and rouse the Romish crew.
The bow and buckram, by the Fleming's skill,
To cloth-yard wand and woollen frieze gave way:
Put hearts are helped by that old fortress still,
Though moat be dry and castle keep decay;
And such an awe is on the grassy hill
At courtier distance all the houses stay.

To this day, the houses remain far below and, do indeed resemble courtiers clustered round their lord!

The clouds were low as we strolled round the ruins making our visit very enjoyable. 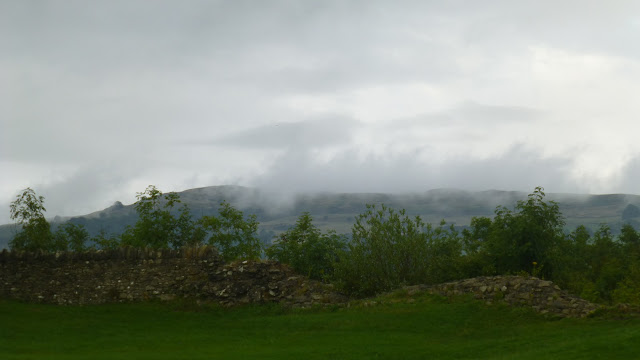 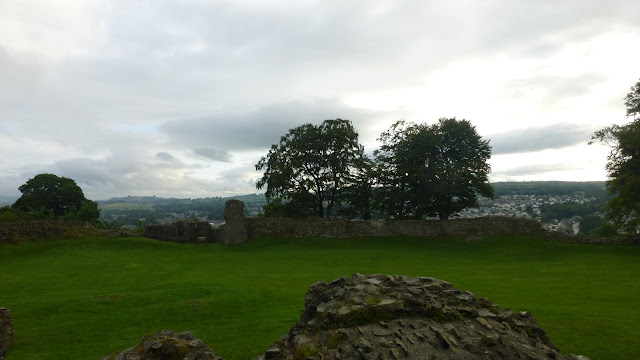 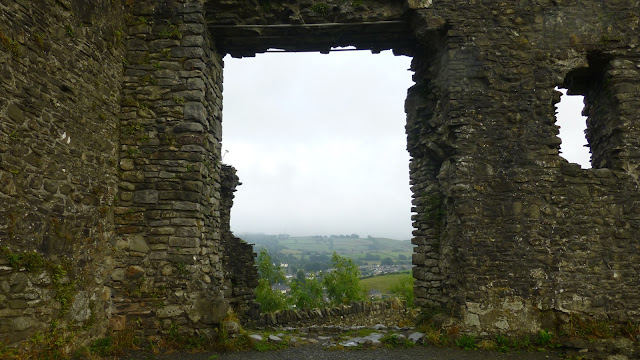