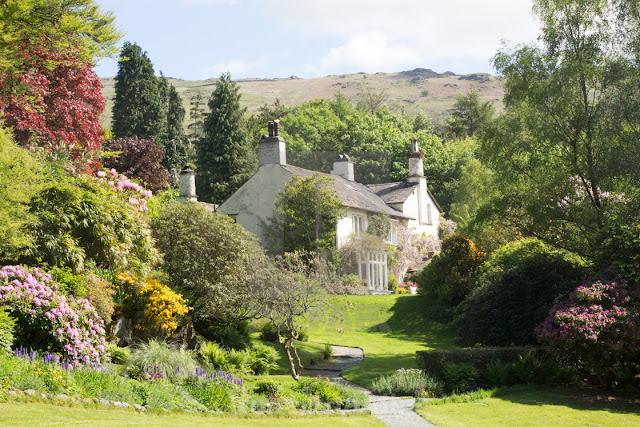 As the crowds are diminishing in the Lakes and everywhere is becoming quieter, we decided to have a jaunt up to Rydal and explore Rydal Mount and its gardens.

So much of the Wordsworth focus in the Lakes is lavished on Dove Cottage in Grasmere, that it's easy to forget that William and his family lived in a number of other houses, and that his best loved house was Rydal Mount. 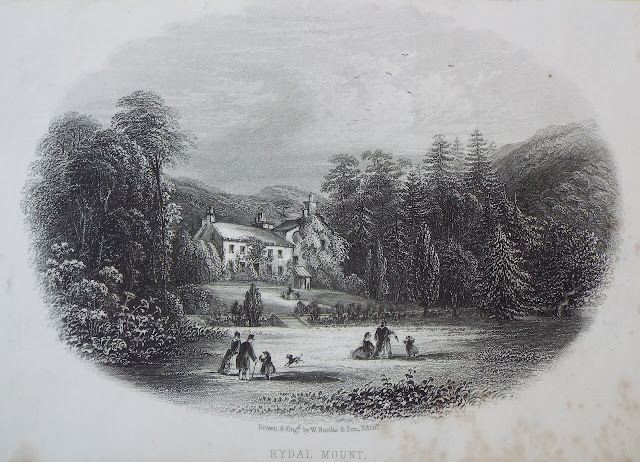 There's a wonderful true story that Lady Anne le Fleming (the owner of Rydal Hall and Rydal Mount) announced, in 1825, her intention to give the tenancy of Rydal Mount to a relative. William was desperate not to be evicted so he purchased the field, overlooking Rydal Water, and said he intended to build on it - blocking the view from Rydal Mount. He even went to the extent of paying an architect to draw up a design. His plan worked and the threat of the sale of Rydal was withdrawn! At this time William also wrote "A Farewell" to the gardens:

O happy gardens! Whose seclusion
deep, so friendly to industrious
hours; and to soft slumbers, that did
gently steep our spirits carry with
them dreams of flowers, even wild
notes warbled among leafy bowers.

The field eventually became Dora's Field which today is in the ownership of the National Trust and alive with daffodils in the Spring.

The gardens are particularly so beautiful with terraces and a summer house. Wordsworth spent a great deal of his time designing and developing the gardens and was a keen landscape gardener. The four acre garden remains much as he designed it. It consists of rare shrubs, fell-side terraces, lawns, rock pools and an ancient mound. The mound dates from the 9th Century, when it was used as a site for a Beacon Fire to warn of coming Border Raiders. 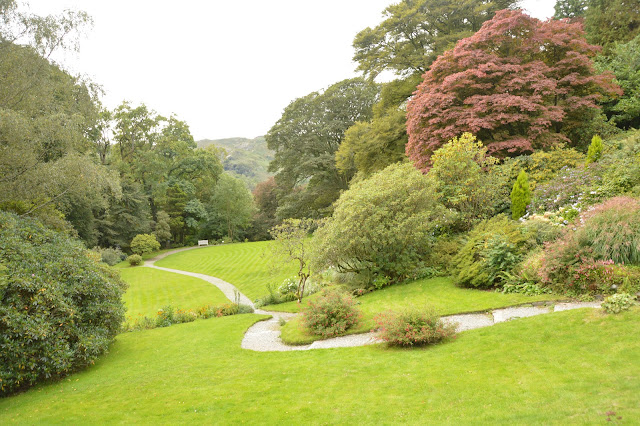 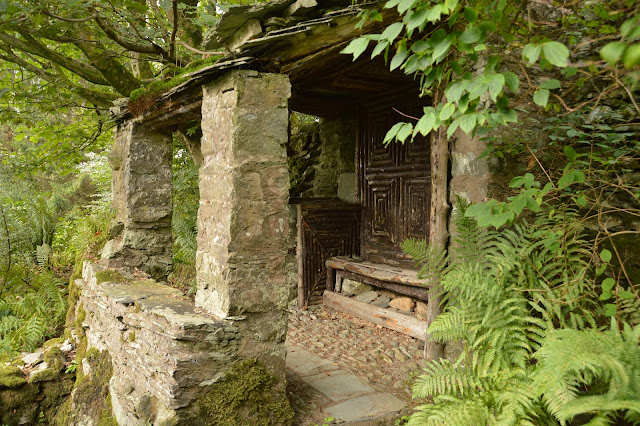 Isabella Fenwick, a local poet, became a close friend of the Wordsworths and the sloping terrace in the garden was built for her. Isabella interviewed Wordsworth about all of his poems and created the Fenwick Notes.

The house has a wonderful calm feeling. Wordsworth's bookcase, in the Library, was bought by Canon Hardwicke Rawnsley, and returned to Rydal Mount in 2003. A servant once said to a visitor, pointing to the bookcase "this is my master's library where he keeps his books; his study is out of doors". 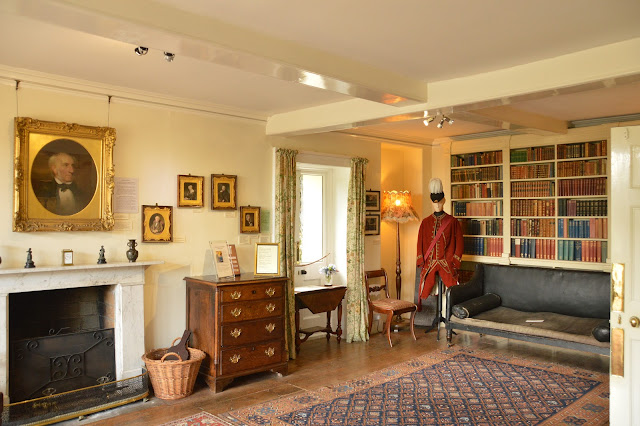 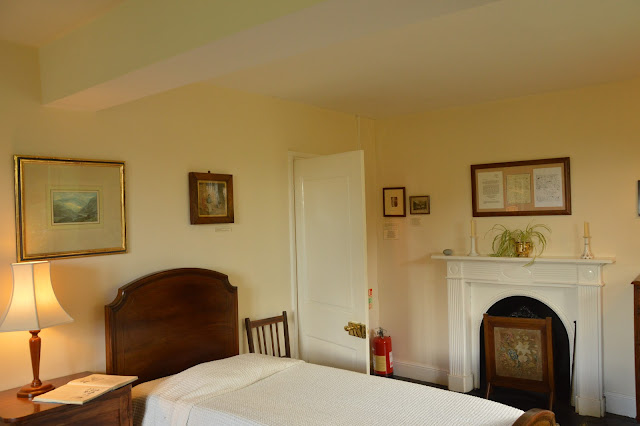 We finished off our day with a trip into Grasmere and a late lunch at Mathilde's, the new cafe attached to Heaton Cooper Gallery.
Places Poetry Walks