Posted by Lindsey on December 04, 2018
In Saturday's Guardian Simon Jenkins wrote an article entitled "a zip wire for the Lake District is nothing short of vandalism". He said:

"The Honister Pass, from Borrowdale to Buttermere, links the two loveliest places in England. It is a ravine of exquisite ruggedness, a retreat from the crowds of Windermere and Keswick. In the national gallery of scenery, Honister is the Mona Lisa. To whom does this beauty belong? The answer is supposedly to us all, guarded by the Lake District National Park. But it is claimed by a company that, it appears, wishes to exploit the existing slate mine at the pass’s summit with a kilometre-long zip wire down one side of it. The structure would be on the slopes of Fleetwith Pike, in the heart of wildest Cumbria, backing on to Pillar and Scafell and looking across to Dale Head and the Cat Bells ridge." 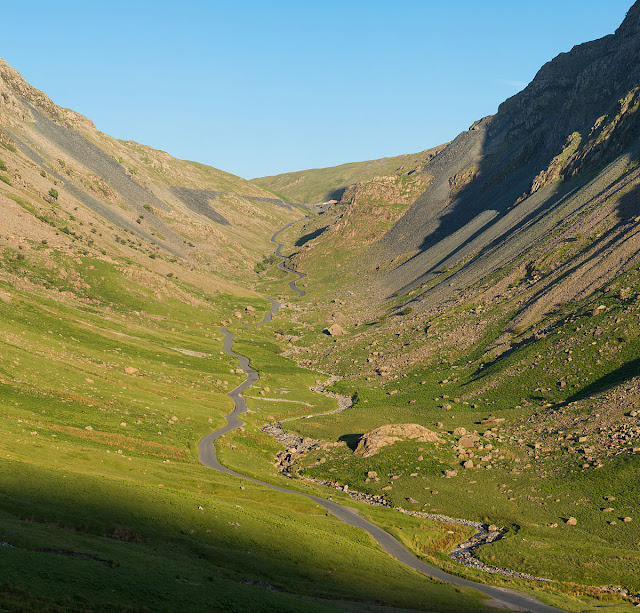 I was totally horrifed to read the article and shudder at the lengths some businesses will go to in order to maximise profits but I was thrilled to see that Simon Jenkins quoted one of my favourite writers, people and poets: Canon Hardwicke Rawnsley:

"In the 1880s a local vicar, Canon Hardwicke Rawnsley, pleaded with parliament not to allow the same mine to drive a railway up from Derwentwater into the same pass. He said that the owners would “damage irretrievably the health, rest and pleasure of their fellow countrymen, in order that they may put a few more shillings … into their private pockets”. Then, parliament got the point and refused the railway. Will it do so now?"

In his Sonnets at the English Lakes Rawnsley wrote in protest against the "sordid fee" asked for enjoying "God's gift to all". The sonnet "Stock Ghyll: Barred" poses:

shall craven men allow
Desire of pelf and individual greed
To bar the gate and ask a sordid fee,
To tax the wondering eye that comes to see,
Take mean advantage of a brother's need,
And claim a toll for Nature's public show?

It seems the issues are the same today as more than a hundred years ago.
Books Places Poetry Walks