Posted by Lindsey on June 30, 2019
Whilst we were exploring some castles and ruins in North Wales, Chris spotted a book at Caernarfon Castle and bought it for me. Now there's nothing unusual about Chris buying me a book, it's something he does fairly often! The unusual nature of the purchase was the book itself and its content. 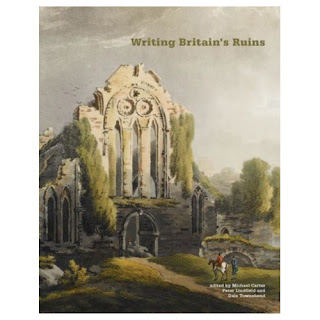 Entitled Writing Britain's Ruins, it's a British Library publication which explores two of my passions: ruins and literature. Such bliss!

I've been reading and dipping into the book for the last couple of weeks and enjoying it very much. The writers cover the making of Britain's ruins, particularly monasteries and castles, as well as focusing on the importance of ruins in the Picturesque and Gothic. The chapters explore the poetic musings of topographical poets and novelists; the diaries, journals and sketches of picturesque travellers and artists and the place of antiquities, and antiquaries, in political discourse and conservation.

Appropriately, the first ruin explored is Caernarfon Castle. John Evans' comments in his Tour Through Part of North Wales in the Year 1798 are included " out of the ruins of this city arose the present town, justly the boast of North Wales for its situation, buildings, harbour etc, but above all for the grandeur of its castle".

To Caernarfon, where I thought to have seen a Town and a Castle,
Or a Castle and a Town; but I saw both to be one and one to be
Both; for indeed a man can hardly divide them in judgement
Or apprehension; and I have seen many gallant fabrics and
Fortifications, but for compactness and completeness of Caernarfon,
I never yet saw a parallel.

Finally, in 1832, JMW Turner painted Caernarfon Castle and his picture is referenced in this book. 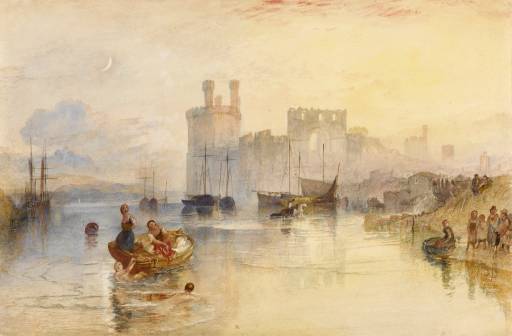 I am so ridiculously excited about this book and the literary riches it contains. There is nothing I enjoy more than linking ruin-lust with literary references!
Books Places Poetry Ruins