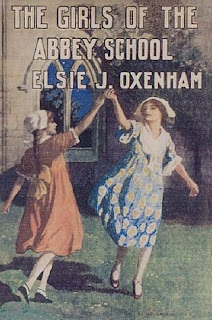 The Abbey of the series title is introduced in the second book The Abbey Girls, first published in 1920. In this book we are introduced to two cousins, Joan and Joy Shirley, the original Abbey Girls. They and their friends become the characters who appear throughout the series.

The girls live with Joan's mother who acts as caretaker at Gracedieu Abbey. During the course of this book Joy learns that Sir Anthony Abinger, owner of the Abbey and of Abinger Hall is her grandfather. When he dies Joy inherits the Hall and Joan the Abbey, because she loves it and is so knowledgeable about it.

Gracdieu Abbey, of the Abbey books, is based on Cleeve Abbey in Somerset. In her books Oxenham moves the Abbey to the Oxfordshire/Buckinghamshire border to fit in with the plot of The Girls of the Hamlet Club. But Cleeve Abbey remains firmly in Somerset, so complete and serene. 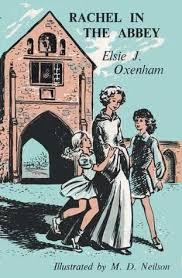 On our recent visit to Somerset we explored Cleeve Abbey. I was excited to finally see the inspiration for Oxenham's long series. Cleeve Abbey is so complete, it's amazing. It is easy to imagine the Abbey Girls living in the Abbey, Joan showing visitors around and all the adventures which happened in the books. I could picture the girls dancing on the Garth and Mother Superior and her offspring playing around the ruins.

The Abbey Gatehouse features on so many of the Abbey dustwrappers. I felt such a jolt of recognition when I first saw it.

Living in the North of England we don't often find complete abbeys, they are usually in ruins. So, Cleeve Abbey was a delight and a real treat. Before visiting Cleeve I couldn't imagine Joan and her family living in the Abbey, I'm not used to complete ruined abbeys with roofs! But now, I can see how they all lived at Gracedieu. 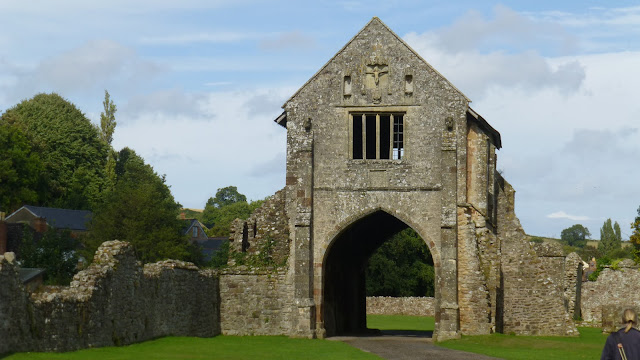