Posted by Chris on October 03, 2019
Cleeve Abbey was remarkable and, keeping to the theme, we also visited a number of medieval churches in the area.

Evercreech, a small village near Shepton Mallet, has St Peter's church which was built in the 13th to 15th centuries. 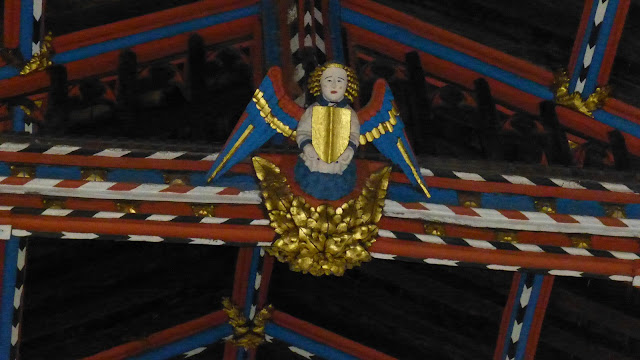 Near Cleeve Abbey is St Andrew's church in the village of Old Cleeve.

After Old Cleeve we moved to Watchet and St Decuman's church.
Somerset has a large number of ancient churches and we only had time to visit a few of them. We wanted to end our tour at Wells, a small city with a population of around 12,000 but with a very fine cathedral.


The medieval worshippers of Somerset wanted to create the best possible churches, bringing all the skills available at the time - including floor tiles, stone carvings, beautiful windows. Some 900 years later we can only gaze in awe at the results of their devotion.
Places