Posted by Chris on January 14, 2020
As we returned from a trip to York, on a rather dreary Saturday afternoon, we were intrigued by a signpost to an 'Ancient Church' and had to make the small detour. We weren't disappointed.

Kirk Hammerton is about 10 miles west of York and is mentioned in the Domesday Book, although the village and the church were already by then well established. In fact the Saxon church dates from the 9th century with its tower being added in the middle of the 10th century. Whilst the church was 'improved' in the late 19th century, this took the form of an extension and the original part of the church was left largely unspoilt.

Apart from its age, one of the most unexpected features of the church is the rich collection of Pre-Raphaelite decorations which were added at the time of its extension in 1892. 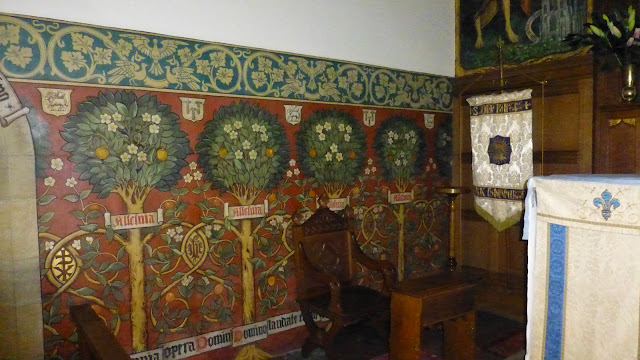 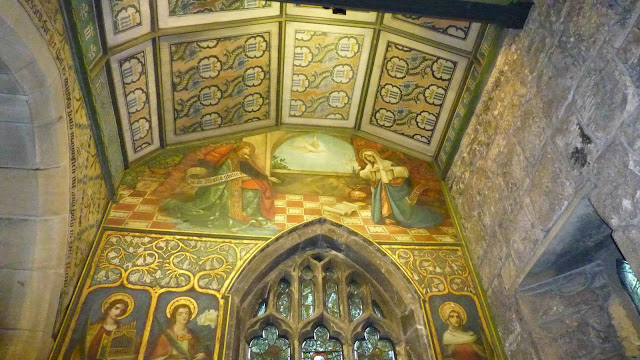 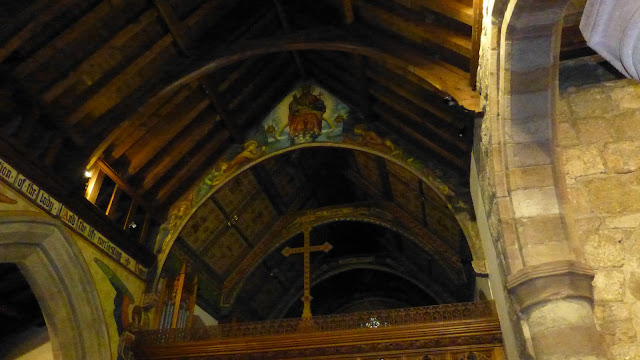 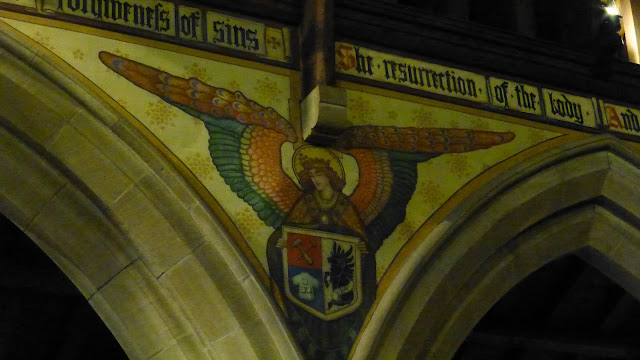 Our first ancient church of 2020 and definitely worth a detour.
Places