Discovering the Lake District 200 Years Ago 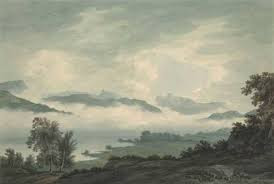 Last weekend we enjoyed the Jonathan Wordsworth Memorial Lecture at Dove Cottage, Grasmere. The Lecture was entitled "Discovering the Lake District 200 Years Ago". The central question of the talks was: were visitors to the Lakes just "gentlemen in search of the picturesque?"

Three speakers covered a great deal of material in three hours, all in the wonderful Jerwood Centre, surrounded by books and Wordsworth ephemera.

Tony Mahew discussed Peter Bicknell's seminal work "The Picturesque Scenery of the Lake District 1752-1855" (1990). This text is the standard bibliography for books and prints, and revisits the material, geographical area and writers that Bicknell explored in his classic work.

David Turner entertained us with excerpts from the Reverend John Pering's 1808 tour of the Lakes. This volume is held by the Wordsworth Trust. Pering was a Yorkshire clergyman who had a fascinating tour, which included a visit to the Wordsworths, only weeks after they had moved into Allan Bank. 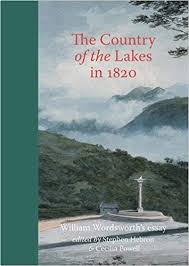 Finally, Dr Cecilia Powell spoke about her new edition of the essay which ultimately became Wordsworth's celebrated Guide to the Lakes. In particular, she covered the challenges and joys of selecting images from the Trust's outstanding fine art collection to match the grandeur of Wordsworth's prose.

We thoroughly enjoyed our afternoon and didn't notice the weather steadily deteriorating outside! When we left, replete with tours, the Lake District and the Picturesque, we faced a significant challenge. Firstly, getting to the car was fraught with difficulty as the car park and the A591 were flooded. Secondly, getting out of the car park was fairly difficult and the journey home was through floods and road closures. The 18th century traveller would have had fellow feeling with us and the dangers of the roads!
Books Places Poetry Walks