Posted by Chris on February 23, 2020
From the middle of the seventeenth century, the Grand Tour of Europe became a popular conclusion to the education of English aristocrats. By journeying through France and Italy for several months these early 'tourists' were able to immerse themselves in the cultural legacy of classical antiquity.

For those of more modest means, or those who preferred to avoid an increasingly volatile Europe, a tour closer to home was popular. These often resulted in the publication of an account - sometimes illustrated - of the journey and the places visited. Over the years we have built quite a collection of these books and at a recent book fair in York we picked up a couple of bargains.

William Gilpin, a priest originally from St Bees in Cumberland, was a frequent tourist. Our latest example is his tour of 'Western Parts of England' which describes his journey from Surrey to Wiltshire, Somerset, Dorset and Devon. Published in 1798 it includes detailed descriptions of the places he visited and includes a number of illustrations.

It was Gilpin who coined the term 'picturesque' to mean a way of depicting natural landscapes and this is a constant theme through all of his tours. He refers to it throughout the book. 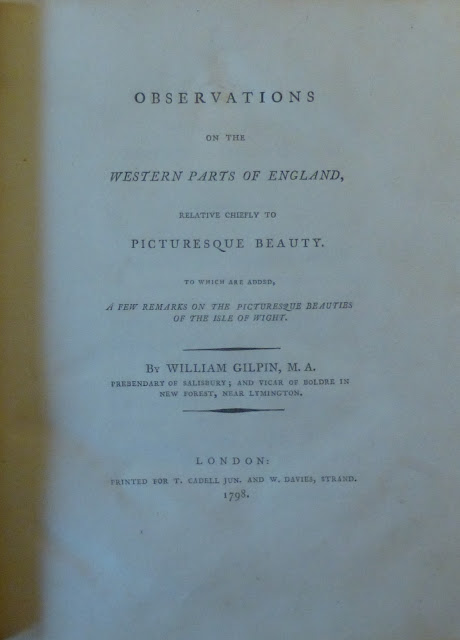 Our second bargain, published in 1804, is Hutton's Scarborough Tour. His daughter had been caught in the rain and 'took cold'. It was suggested that some sea air might help her recovery and a trip to Scarborough was agreed - sure to be an improvement on the air in Birmingham where they lived.

The resulting tour takes in many towns across northern England including Derby, Sheffield, Doncaster and Rotherham. Whilst they may lack the natural beauty that Gilpin sought, they are described in detail by Hutton. 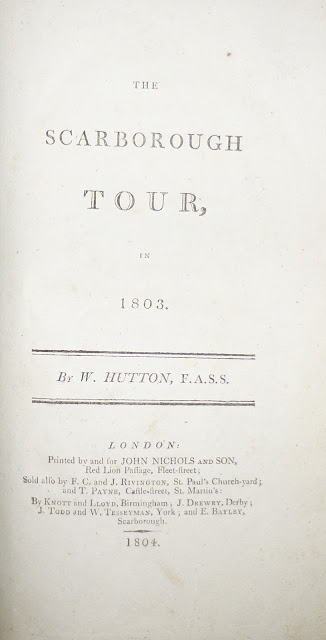 Hutton's descriptions of the places are far more matter-of-fact than Gilpin's. His tour reads like a gazetteer, but is no less interesting for it. His description of York gives us real insight into the state of the ancient city at the turn of the nineteenth century. 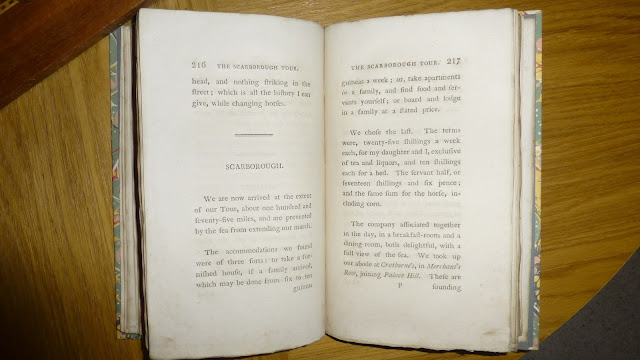 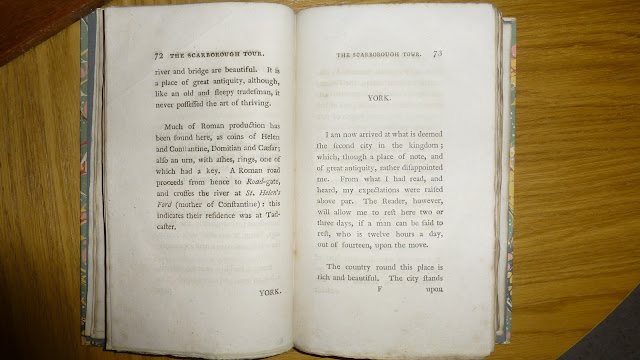 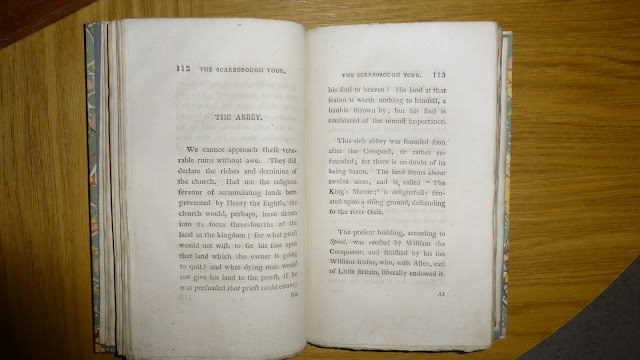